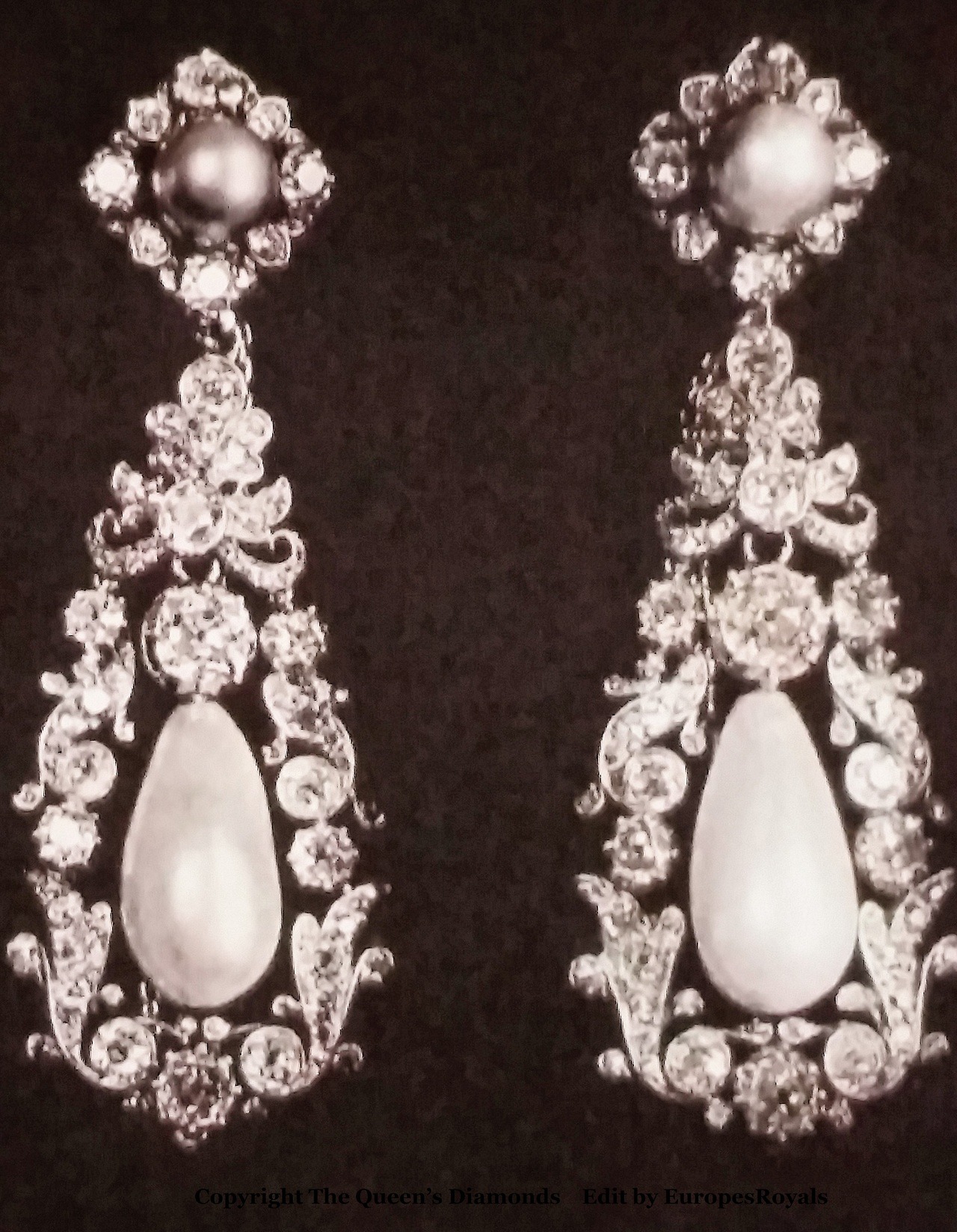 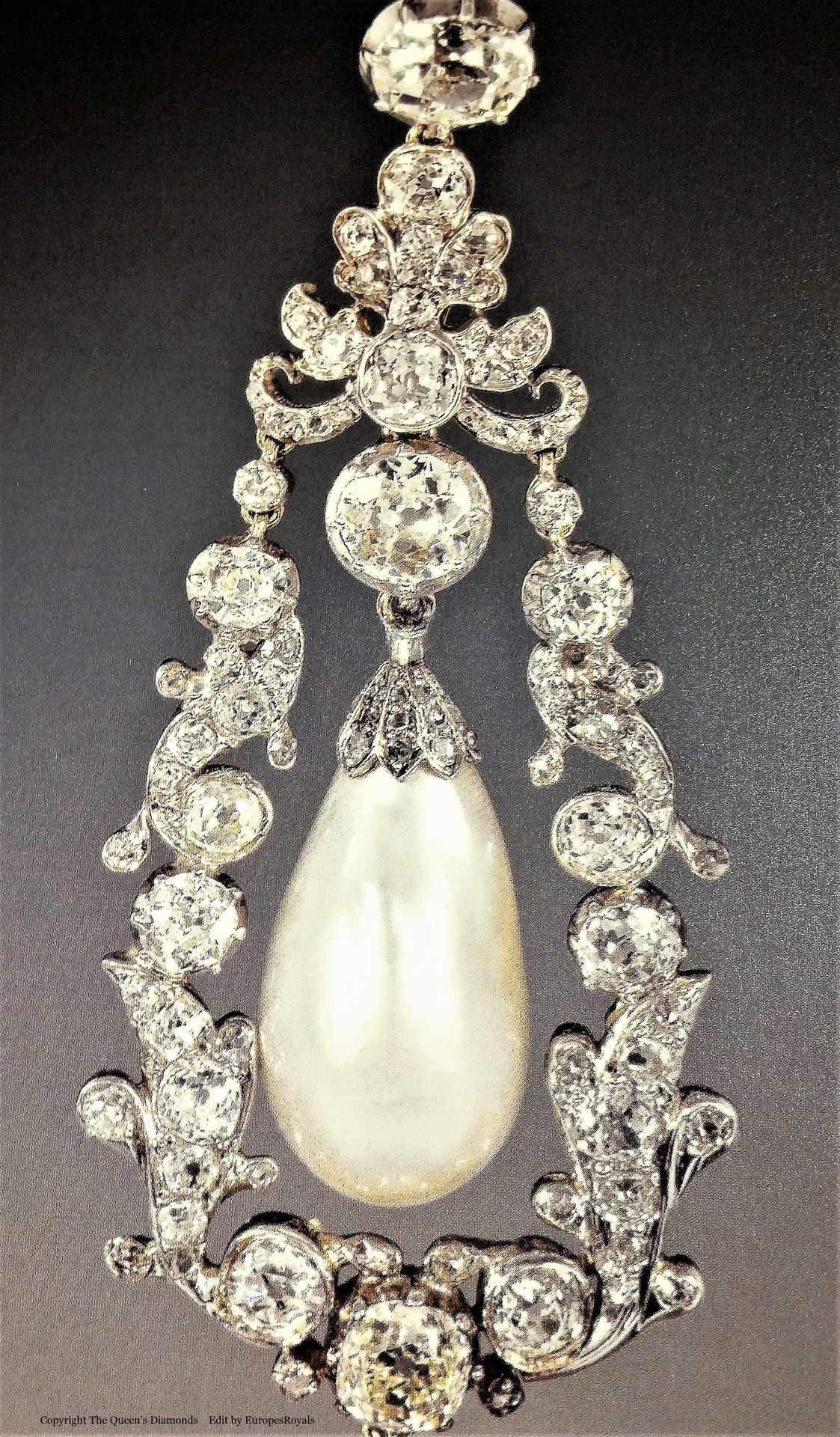 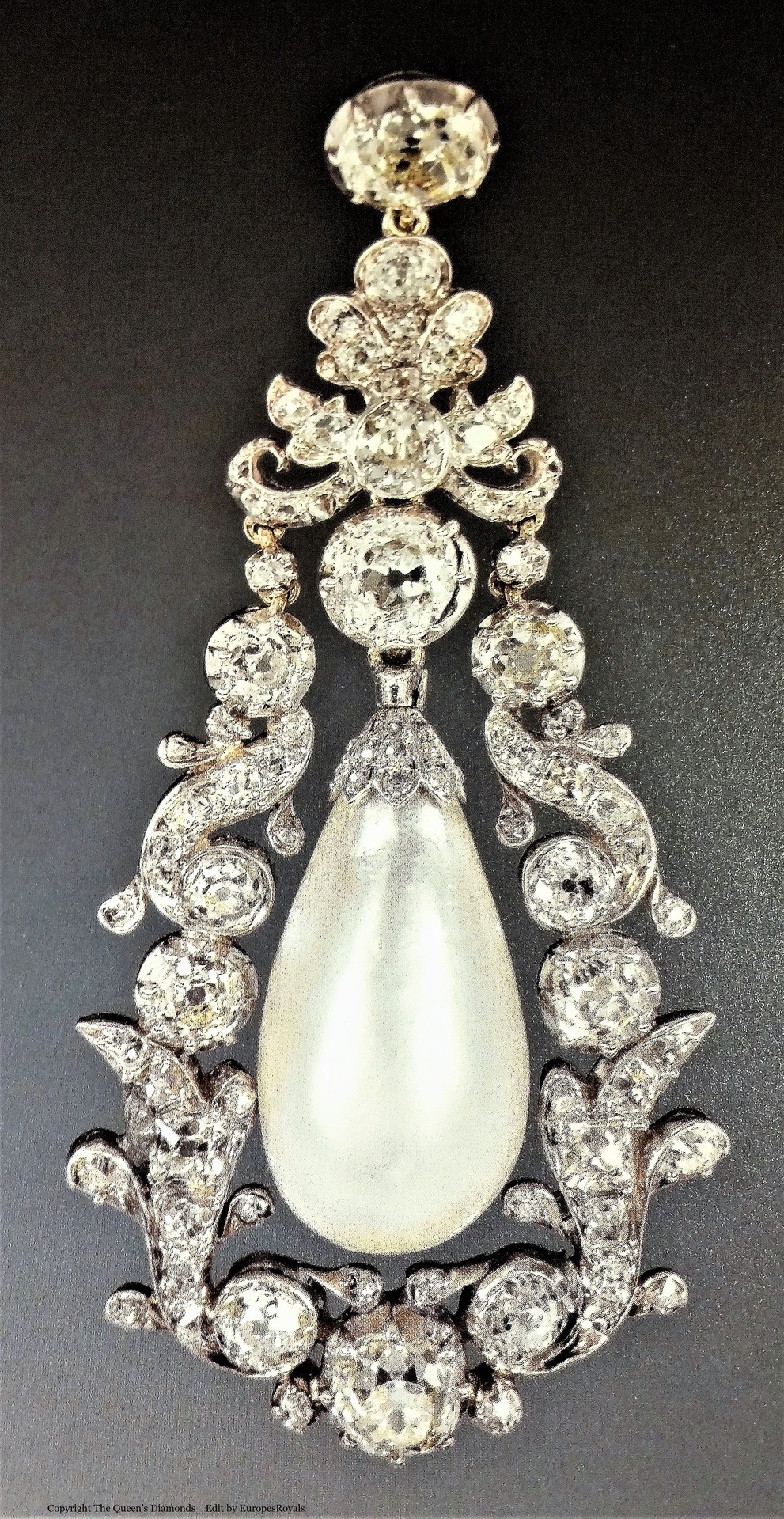 Composed of an elaborate diamond scroll frames from which large pear-shaped pearls are suspended,  the earrings originally included another element, which has been detached and is now worn separately. The pear-shaped pearls can also be worn separately, as can just the diamond frames. These splendid jewels originate from the collection of Princess Mary, Duchess of Gloucester, the daughter of King George III and Queen Charlotte, who left them to her niece, Princess Mary Adelaide, the Duchess of Teck, on her death in 1857. 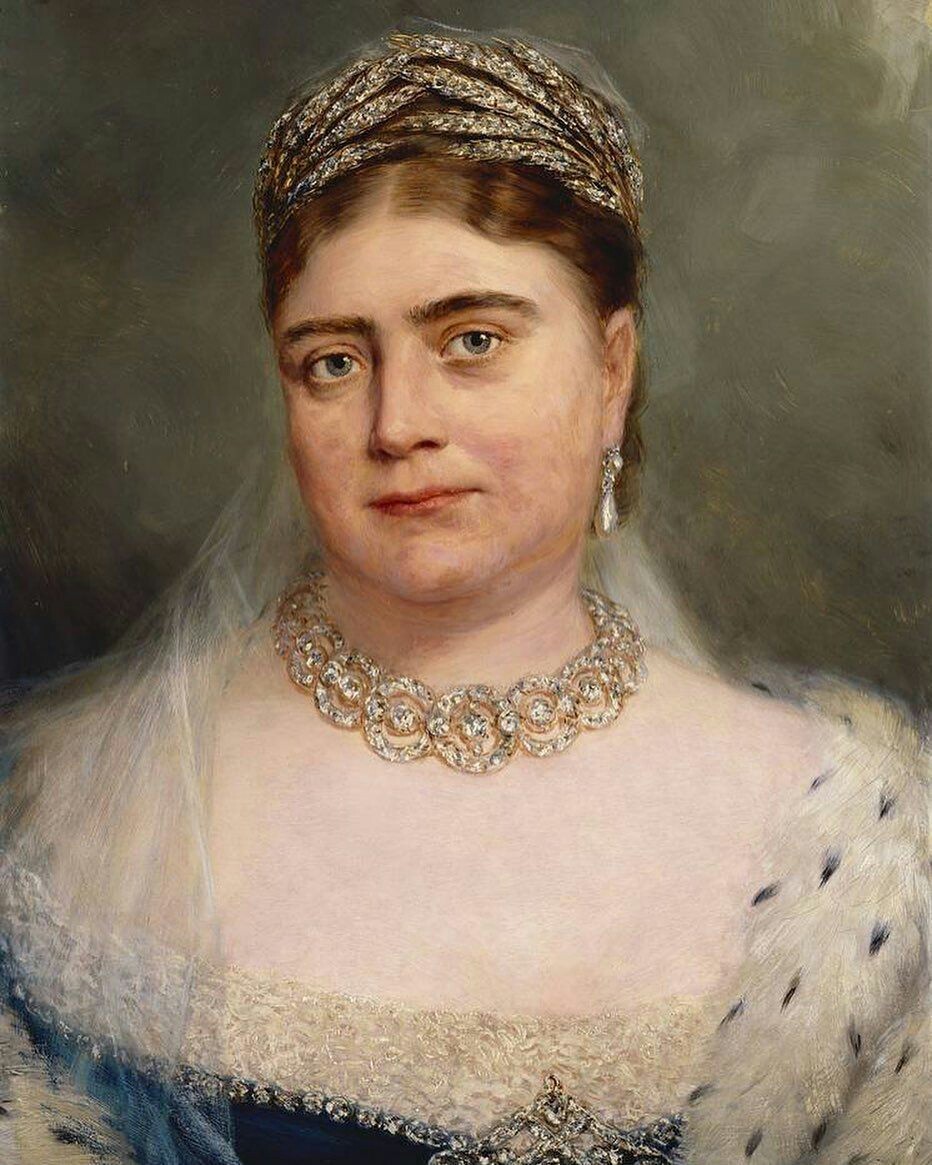 Princess Mary Adelaide began wearing the earrings soon after, for the Wedding of Victoria, Princess Royal and Prince Friedrich Wilhelm of Prussia in 1858. The Duchess was always being portrayed or pictured in a configuration of the pearl stud and pendant, without the diamond frames, pairing them with the  Teck Ears of Wheat Tiara,  the Teck Crescent Tiara, and the Teck Diamond Hoop Necklace.

After her death in 1897, the Duchess of Gloucester’s Pearl Earrings were inherited by her only daughter, Queen Mary, who often wore the top portion separately but was not pictured wearing the diamond frames and pearl pendants. In 1947, Queen Mary gave the top portion, known as the ‘Duchess of Teck’s Pearl Earrings’ as a wedding gift to her granddaughter, Princess Elizabeth, when she married Prince Phillip of Greece, which were worn on her wedding day and for many special occasions througout her long life.

#RoyalFlashback | The Norwegian Royal Family host a State Banquet for the Queen and Duke of Edinburgh at the Royal… twitter.com/i/web/status/1…

By the 1990s, the Queen began wearing smaller, less heavier earrings with the Grand Duchess Vladimir Tiara, and this appearences of the Duchess of Gloucester’s Pearl Earrings began to decline, with notable occasions including a few State Openings of Parliament and the Norwegian Official Visit to Britain in 2005. The Queen also once wore the diamond frame without the pearl pendant for the Royal Variety Performance in 2003. The splendid Duchess of Gloucester’s Pearl Earrings have not been publicly worn in almost 15 years, but lets hope they make an appearance on another member of the Royal Family, particularly the Duchess of Cambridge, sometime soon!