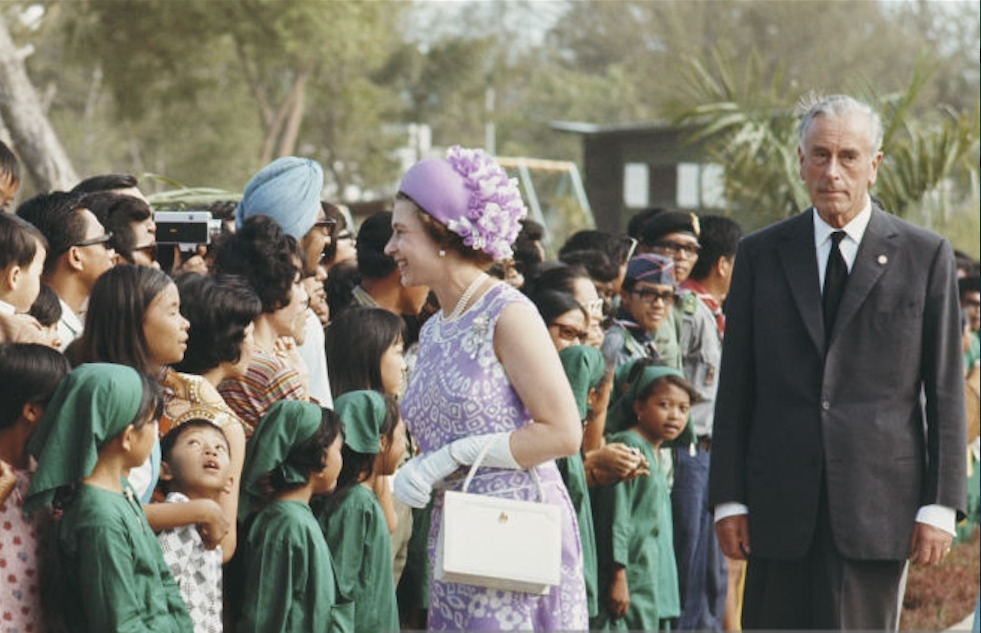 Princess Anne joined the Queen and Duke of Edinburgh were hosted by the Yang di-Pertuan Agong Abdul Halim of Kedah and Raja Permaisuri Agong Sultanah Bahiyah on a State Visit to Malaysia on this day in 1972, the third stop of a massive Tour of Southeast Asia, which began in Thailand, and was followed by visits to Singapore, Malaysia, Brunei, the Seychelles, and Mauritius. The highlight of the visit was a Banquet hosted by Yang di-Pertuan Agong and Raja Permaisuri Agong in honour of the Queen (wearing the Vladimir Tiara), Duke, and Princess (in the Cartier Halo Tiara). There was another Banquet hosted in honour of the Queen (wearing the Girls of Great Britain & Ireland Tiara) at the Malaysian Parliament. followed by a visit to Borneo, when they were joined by Lord Mountbatten. The Queen (wearing Queen Alexandra’s Kokoshnik Tiara), Duke of Edinburgh and Princess Anne (in Princess Alice’s Meander Tiara) hosted a Return Banquet for the Yang di-Pertuan Agong and Raja Permaisuri Agong on board the Royal Yacht Britannia.