Today marks the 90th Anniversary of the Death of Queen Sophia of Greece, who died on this day in 1932! The third daughter of Kaiser Friedrich III of Germany and Victoria, the Princess Royal, who become the much exiled Queen of the Hellenes, Queen Sophia had a splendid Jewellery Collection, and to mark the anniversary, we are featuring Empress Fredrick’s Pearl and Diamond Earrings!

Of uncertain provenance, this substantial pair of earrings, featuring two large diamond studs suspending two pear-shaped pearls, was part of Empress Frederick’s important jewellery collection. ‘Vicky’, as she was known in the family, was pictured in the 1890s wearing the Pearl Earrings together with her Pearl Corsage Brooch and matching Necklace. 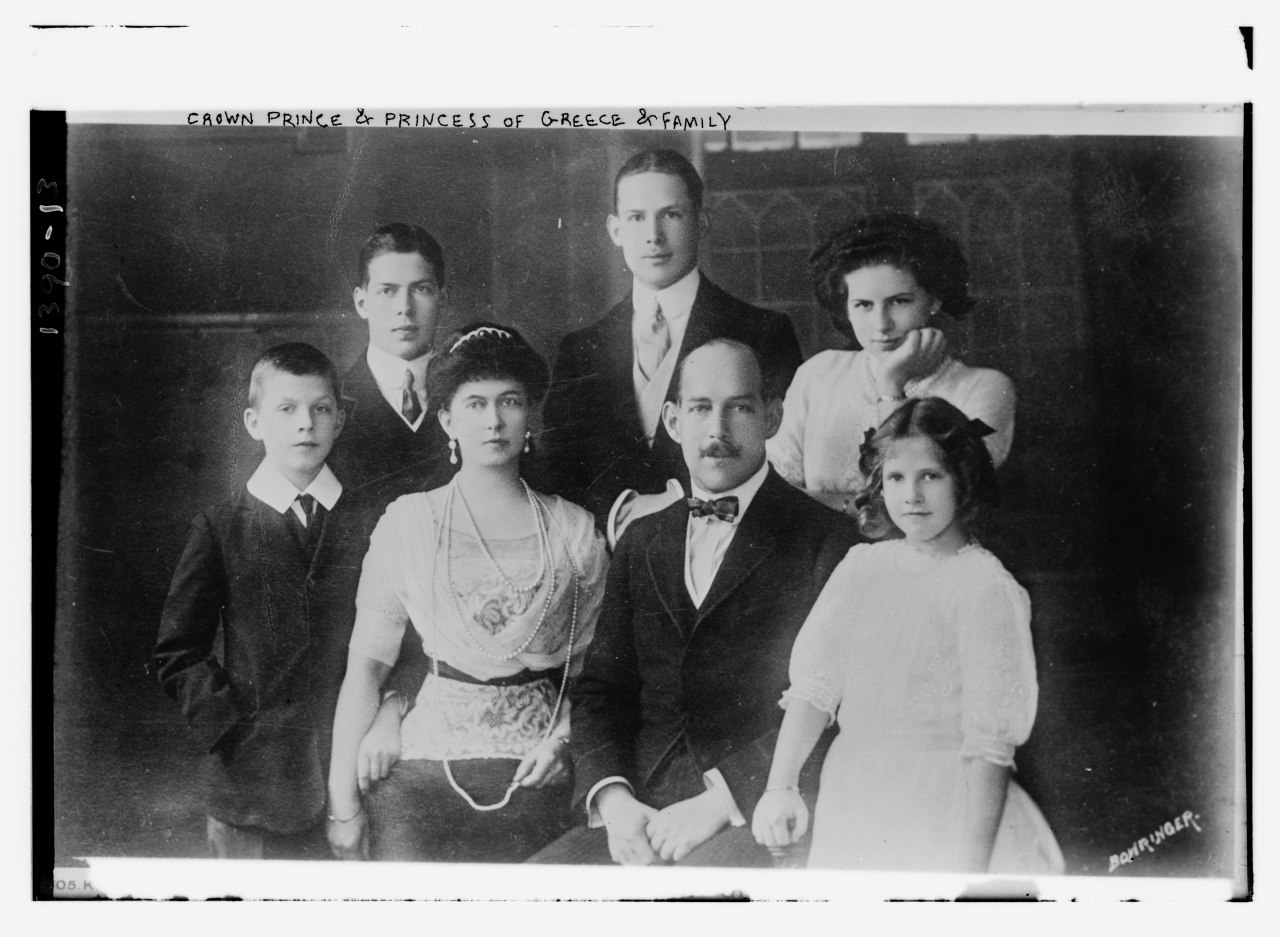 After the Empress’ death in 1901, the Earrings were inherited by her daughter Sophia, the then Duchess of Sparta, married to the Heir to the Greek Throne. The Duchess paired them often with some of her most important jewels, namely her large Diamond Tiara and her Diamond Fringe Tiara. King Constantine and Sophia succeeded as King and Queen of the Hellenes in 1913. By then, the new monarchs were photographed together with their children:  the future King George II, King Alexander, King Paul of Greece, Queen Helen of Romania, and Princess Irene, Duchess of Aosta. On that occasion, Queen Sophia was wearing her mother’s Pearl Earrings with her Diamond Circle Tiara. 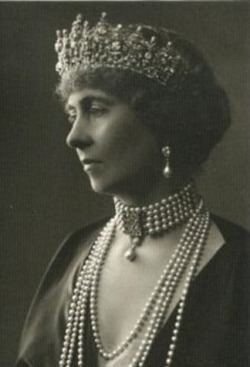 The Queen lived a turbulent life, marked by periods of exile, the Balkan wars, assassination attempts and the First World War, that divided her family into two factions. During those precarious years, she reportedly had to sell some of her jewels as a way to face her expenses. Nevertheless, Queen Sophia was able to retain her Pearl Earrings. In 1922, she was photographed wearing them, paired with her Diamond Fringe Tiara, while holding her grandson, the future King Michael I of Romania.

A post shared by Greek Royal Jewels and Stories (@greekroyal.jewels)

After her death in 1932, the Pearl Earrings were inherited by her second daughter, Princess Irene. At a certain point, Princess Irene decided to refashion the earrings, creating two different options: a pearl and a diamond one. For that, an elongated diamond element, meant to sustain either the diamond studs or the pear-shaped pearls, was commissioned.

Princess Irene, Duchess of Aosta wears her Diamond Tiara to the Wedding Ball of her cousin, Prince Phillip of Greec… twitter.com/i/web/status/1…

The Princess wore the diamond version during the Wedding of Crown Prince Paul of Greece and Princess Frederica of Hanover in 1938 and to her own Wedding to Prince Aimone, Duke of Spoleto in 1939. The pearl version was chosen for the Christening of Queen Sofia of Spain in 1939, for a Gala Performance at the Florence Opera House, as well as to the Wedding Gala of the now-Queen Elizabeth II and the Duke of Edinburgh.

The Earrings were also worn by Princess Irene (the same way as on her wedding day) on the Marriage Celebrations of her only son, Prince Amedeo, Duke of Aosta, to Princess Claude of France that took place in Sintra, Portugal. Nothing is publicly known about the fate of the Earrings after Princess Irene’s death in 1974. They were probably sold by her or by her son, Prince Amedeo, at a certain point, like the fate of her Diamond Fringe Tiara.