Happy Birthday to the Duchess of Braganza, who turns 55 today! The Portuguese aristocrat, who grew up between Portugal, Angola, and Brazil, married Dom Duarte Pio, the Duke of Braganza, pretender to the defunct Portuguese throne. The couple have three children, Prince Afonso, Infanta Maria Francisca and Infante Dinis, and enjoy a semi-official role in the Portuguese Republic, being invited for ceremonial events, including State Banquets, so in honour of the Duchess’ birthday, we are featuring one of her most splendid jewels: Queen Amélie’s ‘Dom Luis’ Tiara: 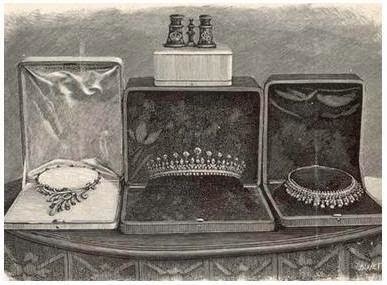 A post shared by The Portuguese Royal Archives (@theportugueseroyalarchives)

In 1886, French Princess Amélie of Orléans married the heir to the Portuguese throne, Prince Royal Dom Carlos, Duke of Braganza. To mark such an important occasion, the Portuguese Royal Family commissioned several pieces of jewellery for the new Duchess of Braganza to Leitão & Irmão, one of the most prominent jewellery houses in Portugal, named the Official Goldsmith of the Brazilian Imperial House by Emperor Pedro II in 1873, and Official Jewellers to the Portuguese Crown by King Luis I, the year after his son’s wedding, in 1887. The King himself chose a tiara, that her daughter-in-law will call affectionately “le diadème Dom Luis”. It is made of diamonds set in silver and gold featuring fleur-de-lys motifs and several rows of diamond collets, that costed $10,000. Queen Maria Pia gave to her daughter-in-law a mirrored diamond necklace, costing $5,250, which was probably redesigned into Queen Amélia’s Diamond Fence Choker. 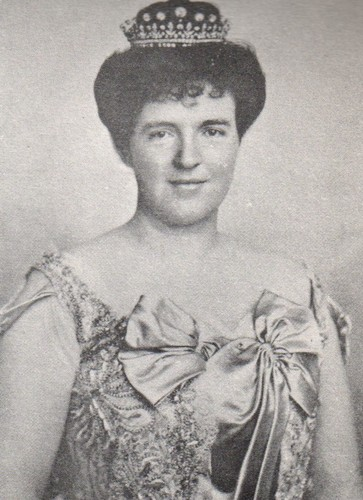 The piece soon become a favourite of Queen Amélia, who wore it for her husband’s proclamation as King of Portugal, on the 28th of December 1889. The new Queen also wore it for several State Banquets, Openings of Parliament, and portraits, notably the one made in 1905 by the Italian artist Vittorio Matteo Corcos, which she donated to the National Coach Museum, the first in the world of its kind, founded in 1905 by her own initiative. Carlos and Amélia inherited a crown full of “challenges”: political instability, economic crisis, poverty, the rise of the Republican Party. These troubled times led to a huge family tragedy, that was the King and the Prince Royal’s assassination in February 1908. Two years later, their younger son, King Manuel II, was deposed and the Royal Family went into exile. They rapidly left the country, leaving a major part of their possessions behind, namely Queen Amélia’s personal jewellery collection, that included her Emerald Parure, the Duke of Aumale’s Brooch, the Diamond Fence Choker and King Luis Diamond Tiara. However, the new republican government soon returned to the Royal Family their personal possessions. As the Queen remarked, “everything was returned, not even a small pin was missing”. Crown Jewels like the Diamond Star Tiara were retained by the Portuguese State.

A post shared by ROYALS OF THE PAST (@past.royalfamilies)

In exile, the Dowager Queen still had several opportunities to wear her Dom Luis Diamond Tiara, namely the wedding of her niece and nephew, Princess Anne of Orléans and Prince Amedeo of Savoy Aosta in 1927. In 1951, when the Queen died, having outlived his childless son, her jewels were divided between members of her French family and personal friends and staff, namely her three sisters, the Duchess of Aosta, the Duchess of Guise and Infanta Luisa of Spain, as well as her godson, Dom Duarte Pio of Braganza, and some of her many nieces and nephews. In the case of her Diamond Tiara, it was inherited by Dom Duarte Pio, the then heir to the headship of the Royal House of Braganza, as his father was the pretender to the defunct Portuguese throne. 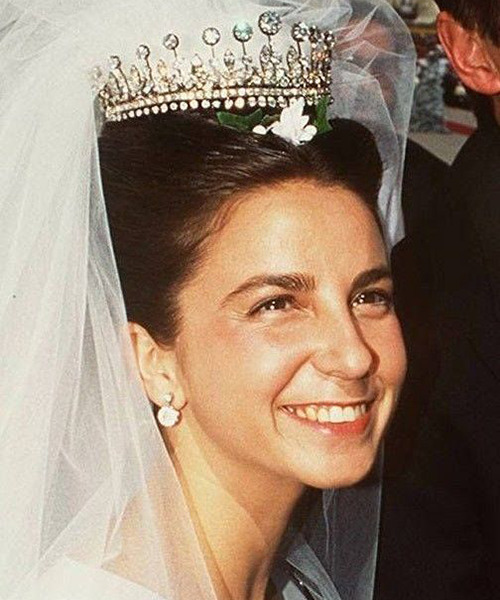 To the surprise of many, more than 40 years after Queen Amélia’s death, on May 13 1995, the new Duchess of Braganza, Isabel de Herédia, wore King Luis Diamond Tiara perched on top of her elaborate hairstyle for her wedding to the Duke. In a recent interview, the Duchess remarked the moment she arrived at the church (and revealed her dress and tiara) as one of the most memorable of her wedding day:

“It was very emotional! I remember that when I arrived at the Jerónimos’ Church, my veil was down and I saw so many people outside, waiting for so long, which really impressed me (…) I was feeling so grateful for this affection and attention that I thought «they deserve to see me first» so I took off my veil to greet people. Something that did not please everyone because they considered it as a break of protocol”.

Being considered the grandest and most symbolic piece in the collection of the Duke and Duchess of Braganza, the Diamond Tiara was chosen by Dona Isabel for their most known official portraits taken by their official photographer, António Homem Cardoso.

A post shared by The Portuguese Royal Archives (@theportugueseroyalarchives)

In October 2017, while King Willem Alexander and Queen Maxima of the Netherlands were on a State Visit to Portugal, the Duke and Duchess of Braganza were invited to the State Banquet that took place at the Banquet Hall of Palácio da Ajuda. On that occasion, the Duchess surprised everyone by wearing the King Luis Diadem and the Diamond Fence Choker, a rare appearance as she usually wears her Floral Necklace Tiara for Banquets in Portugal and the Diamond Bandeau Tiara for foreign royal events. There is no doubt we will continue to see the spectacular Tiara for years to come!