Today marks the 39th Anniversary of the Death of Princess Grace of Monaco, who tragically died on this day in 1982! The famous Hollywood star who became the Monégasque consort, after marrying the sovereign Prince, Rainier III, the Princess remained a style icon to this day, playing a role in transforming the Principality of Monaco into the glamorous place we know today. To mark this occasion, we are taking a look at her Van Cleef & Arpels Diamond Bracelet! 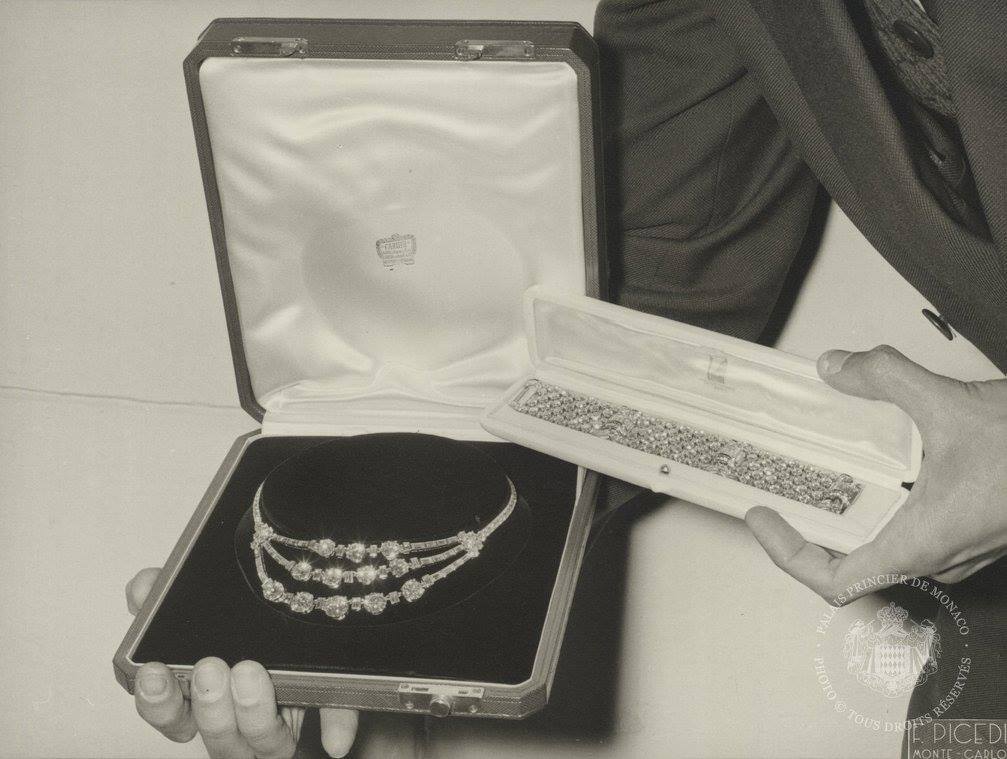 This articulated lattice bracelet was designed by Van Cleef & Arples and is set with brilliant and baguette-cut diamonds, mounted in platinum. It was, together with the Cartier Diamond Necklace, the wedding gift from the Monegasques and elected assemblies to their new Princess Consort.

Princess Grace had a relatively small jewellery collection, preferring to borrow pieces from jewellers when necessary instead of buying or receiving them as gifts. She possessed two important diamond bracelets, one of them was the impressive one we are featuring today. It was most likely debuted by her at her own Pre-Wedding Gala in 1956.

The Van Cleef & Arpels Bracelet was also worn by the Princess on some of the most important royal gatherings of the past century, namely the Wedding Ball of Prince Juan Carlos and Princess Sophia in 1962, the Pre-Wedding Gala of King Constantine II and Princess Anne Marie in 1964, Infanta Pilar’s Pre-Wedding Ball in 1967 and the 2500th Anniversary of the Persian Empire in 1971.

After Princess Grace’s death, the bracelet (as well as the major part of her jewels) passed into the possession of the Palais Princier Collection. It has also been exhibited alongside many of her other pieces around the world.

The glamorous Princess Caroline, Rainier and Grace’s eldest daughter, wore this bracelet twice: on Monaco’s National Day Gala in 2005 and on the same event in 2006. There is no doubt we will see this bracelet again in the future.