Today marks the Anniversary of the Birth of Princess Victoria Louise, Duchess of Brunswick, who was born on this day in 1892! To mark the Anniversary of the birth of the Kaiser’s only daughter who married the Head of the House of Hanover and spent a long life at the centre of German Royal and Noble circles, we are featuring her illustrious Diamond Brooch!

It was given by Emperor Franz Joseph II of Austria to Princess Victoria Luise in 1913, on the occasion of her marriage to Prince Ernst August of Hannover. This all-diamond piece was designed by Köchert, the official jeweller of the Habsburg court. Originally, it consisted of a central main part – featuring scrolls- and two elongated pendants, one at each side.

Victoria Luise wore this piece for her first official portraits as a married woman and as the new Duchess of Brunswick. She wore it plenty of times in her younger years, pairing it with the (very similar in style) Diamond Necklace Tiara, also designed by the Viennese jeweller Köchert, and the Brunswick Tiara.

Often, the Duchess would play with the versatility of this piece. The central main element could be worn as a single brooch and the two side pendants as a separate brooch or as a négligée. At a certain point, later in her life, Victoria Luise decided to convert the two pendants into earrings. They were suspended from a pair of earrings that were already in her collection, featuring two simple diamond collets.

#RoyalFlashback | Royal Relatives at the Christening of Prince Ludwig Rudolph of Hanover at Marienburg Castle in Ha… twitter.com/i/web/status/1…

This suite, now composed of a brooch and a pair of earrings, would remain a favourite of the Duchess until the end of  her life. It was worn on various social and family events, namely the Wedding Ball of her eldest son, Prince Ernst August, and Princess Ortrud in 1951, while the earrings were worn at the Christening of her grandson, Prince Ludwig Rudolph of Hanover, in 1956. 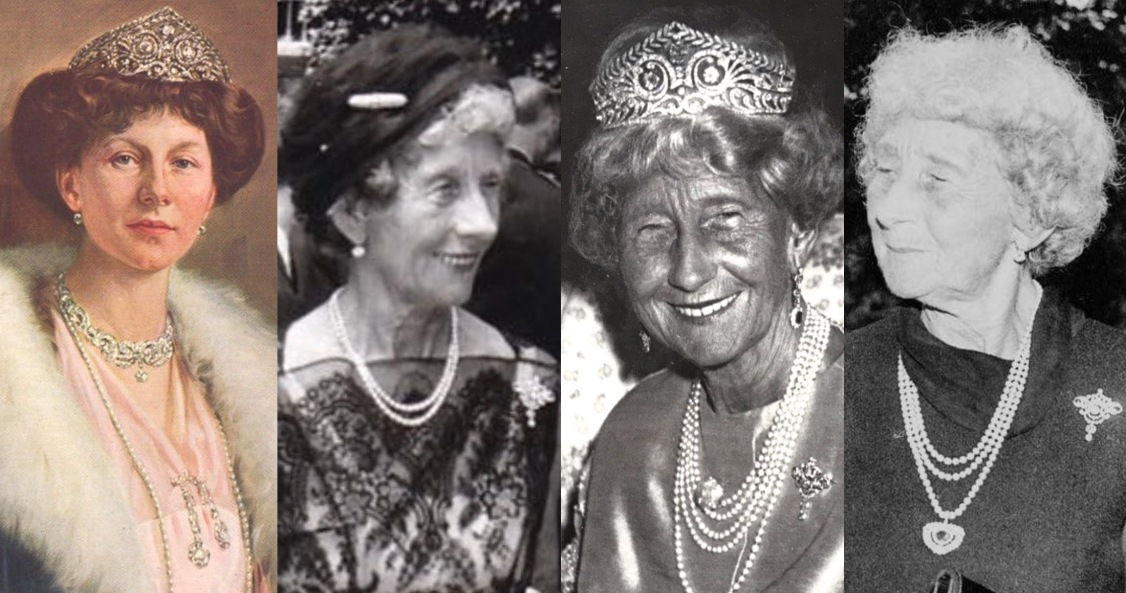