Today marks the anniversary of the birth of the late Queen Fabiola of the Belgians, daughter of the Marquess and Marchioness of Casa Riera, Fabiola de Mora y Aragón was born on this day in Spain in 1928! While she did not had access to a massive family jewellery collection, like the ones of her counterparts, the Queen was able to assemble a decent collection throughout the decades, result of several acquisitions and gifts from her husband, King Baudouin, as well as some official gifts. To mark the day, we are featuring her Art-Déco Diamond Sautoir! 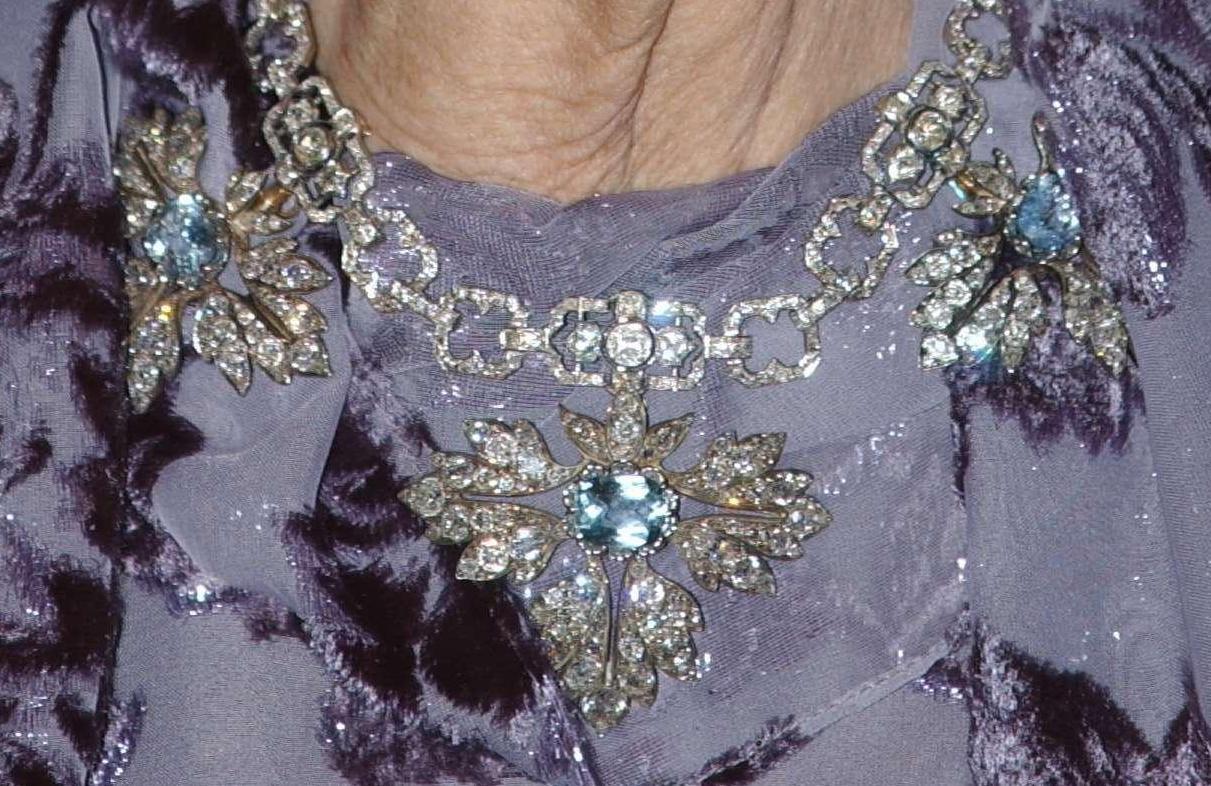 Possibly a gift from King Baudouin to his wife, this Art-Déco inspired necklace consists of several rectangular plaques, studded with five principal brilliant-cut diamonds each, intersected by two square chain elements on each side. This piece was one of the most versatile ones in the Queen’s jewellery collection, as its length could be adjusted in accordance with her needs. Also, several different pendants could be suspended from the piece. 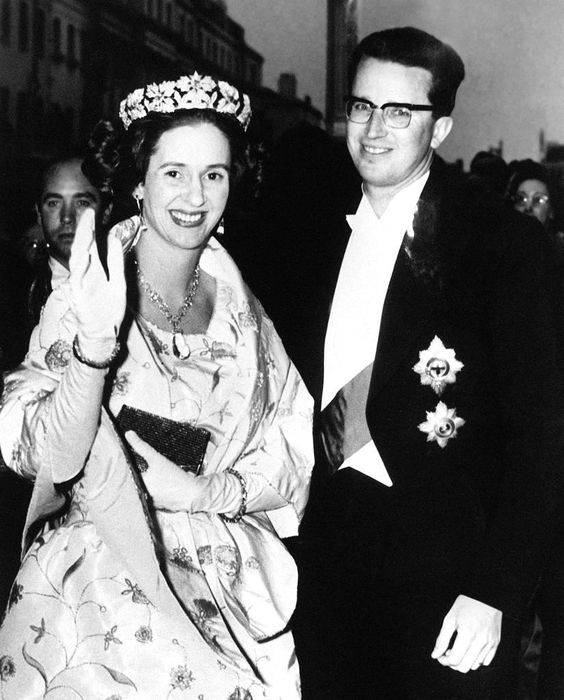 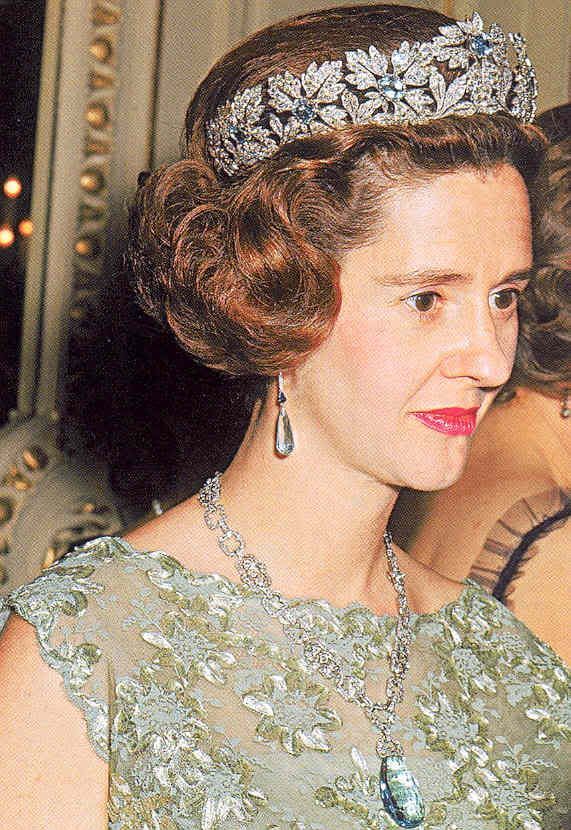 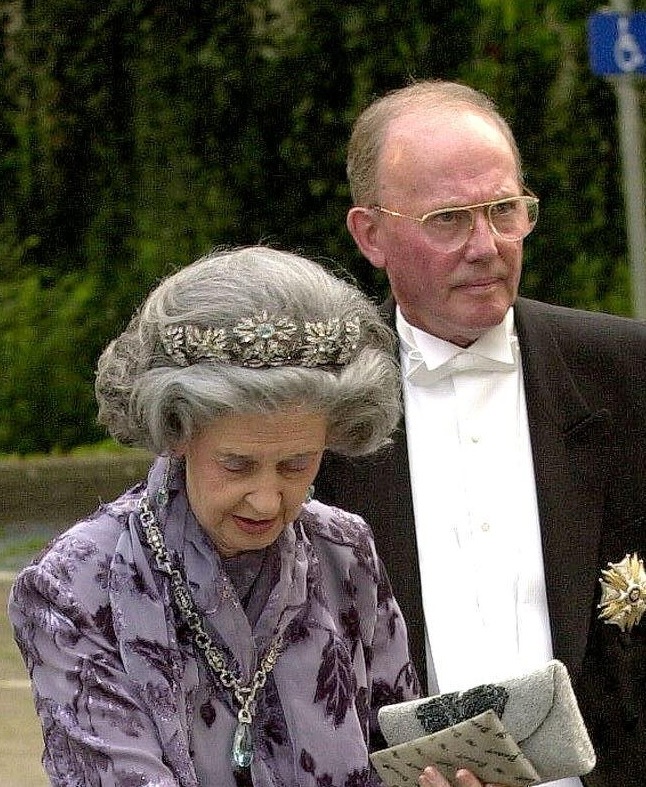 One of the most impressive pendants usually suspended from the Art-Déco Sautoir was a large pear-shaped aquamarine. Reportedly a gift from the Queen’s husband, this was one of the many pieces that made up her impressive collection of Aquamarine-set jewels. With the aquamarine, the sautoir was worn both as a shorter or as a long necklace, namely at a Return Banquet at the Belgian Embassy in London during a State Visit to Britain in 1963 and for the Wedding Ceremony of Felipe, Prince of Asturias, and Letizia Ortiz in Madrid in 2004. 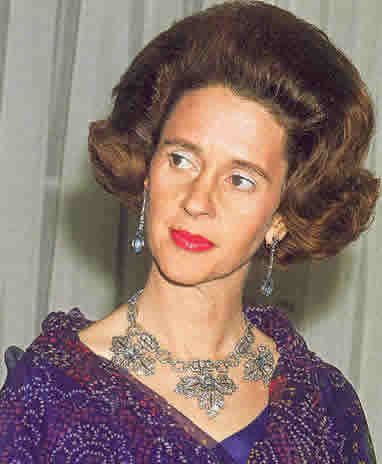 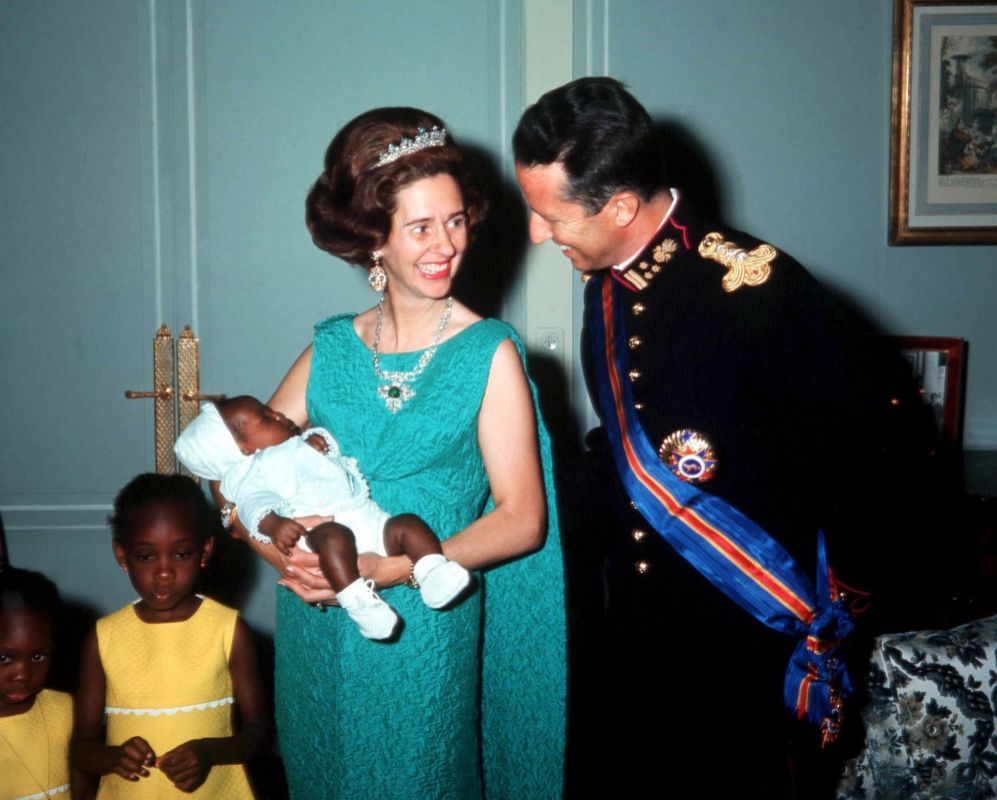 Queen Fabiola also used to hang from the Sautoir three of the largest leaves from her Spanish Wedding Gift Tiara. By doing this, the Queen would fill the lack of a large (emerald, ruby or aquamarine) necklace in her collection. This was her choice for some of the most high-profile royal weddings of the last century: the one of King Constantine of Greece and Princess Anne Marie of Denmark in 1964, the one of Princess Beatrix of The Netherlands and Claus van Amsberg in 1966 and the one of Princess Margarethe of Denmark and Comte Henri de Montpezat in 1967. The Diamond Sautoir was also worn with the three Strawberry Leaves suspended on various State Visits both in Belgium and abroad, namely a Belgian State Visit to Spain in 1978. On some occasions, she decided to wear only one of the leaves as a pendant. 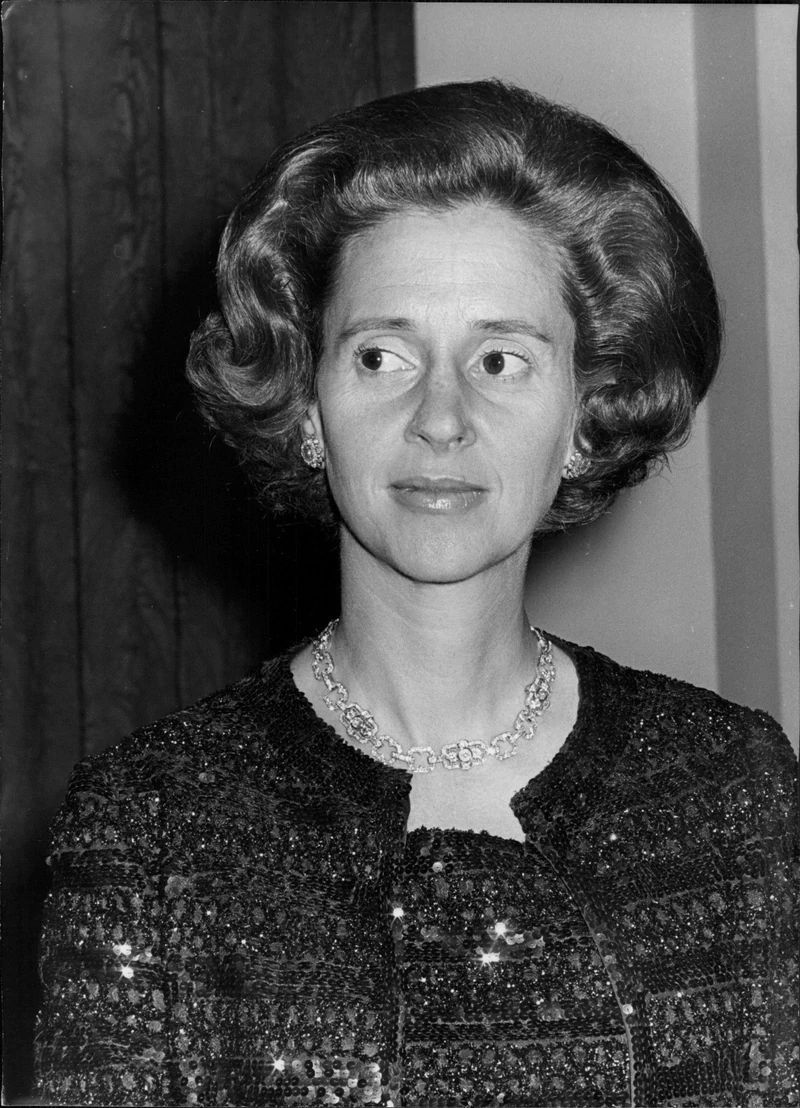 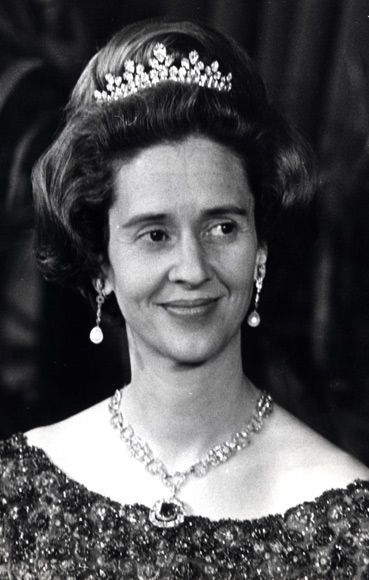 Another possibility, which was the result of the great creativity of the late Queen, was the attachment of a brooch with a large square emerald. This brooch was given to Fabiola as an engagement gift from her husband-to-be, the King. Baudouin inherited this piece from his grandmother, Princess Ingeborg of Sweden. The princess possessed three similar brooches that she left as inheritance to her Belgian grandchildren: King Baudouin, King Albert and Grand-Duchess Josephine-Charlotte.

Although not a frequent choice, the Queen also opted to divide her Art-Déco Sautoir into several chain-link bracelets, as happened during a British State Visit to Belgium in 1966. A major part of Queen Fabiola’s jewellery collection, including her Diamond Art-Déco Sautoir, remains unworn since she died in 2014. Many speculate (and hope) that the bulk of the collection was passed on to Queen Mathilde. Without any public confirmation, we can only wait and see if this is in fact true or not. Let’s hope that the Queen (or the Duchess of Brabant, who has just come of age) finds an appropriate event to debut more items from their beloved aunt’s collection.