Today marks the Anniversary of the Birth of Princess Victoria Louise, Duchess of Brunswick, who was born on this day in 1892! The only daughter and the last child of Kaiser Wilhelm II of Germany and Princess Augusta Victoria of Schleswig-Holstein, she grew up at the heart of a large extended European Royal Family, as a great-granddaughter of Queen Victoria. In 1913, Princess Viktoria Louise married Prince Ernst August of Hanover, which was the largest gathering of European Royalty before the First World War. The couple had four sons, including Prince Ernest Augustus and Prince George William, and one daughter, Queen Frederica of Greece, and were the Sovereign Duke and Duchess of Brunswick until his abdication in 1918. The family resided at Blankenburg Castle in Germany and Cumberland Castle in Austria and moved into Marienburg Castle in Hanover after abandoning Blankenburg Castle at the end of the Second World War. The Duchess of Brunswick remained at the centre of German Royal and Noble circles, attending high-society parties as well as hunting and equestrian events, alongside her philanthropic causes. After being widowed, Princess Victoria Louise moved to a house in Brunswick, and remained active in public life, publishing her autobiography ‘Life as Daughter of the Emperor’ in 1965. The Duchess passed away in Hanover in 1980, at the age of 88. 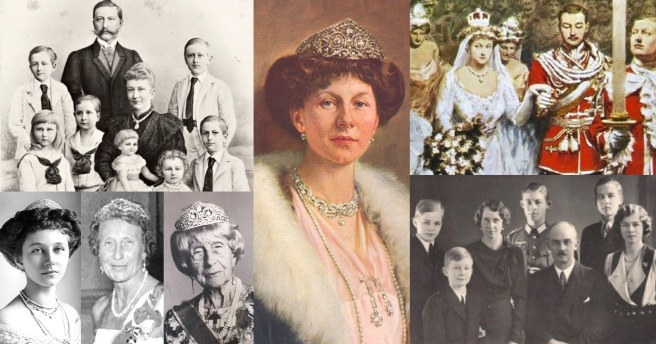