Queen Ingrid of Denmark was born on this day in 1910! The daughter of Crown Prince Gustaf Adolf of Sweden and Princess Margaret of Connaught, she was the only sister of four brothers; Prince Gustaf Adolf, Prince Bertil, Sigvard, Count of Wisborg, and Count Carl Johan Bernadotte, and lost her mother at the age of ten. In 1922, their father remarried to Lady Louise Mountbatten, who became their beloved stepmother. In 1935, Princess Ingrid married Crown Prince Frederik of Denmark. The couple had three daughters, Queen Margrethe, Princess Benedikte, and Queen Anne Marie of Greece. During WWII, Crown Princess Ingrid was often seen riding her bicycle or pushing her daughters through the streets of occupied Copenhagen. The couple succeeded to the Danish throne in 1947. Queen Ingrid reformed some of the outdated practices at court and created a more relaxed atmosphere. After her husband’s death in 1972, she was made regent of Denmark in the absence of her daughter, while still continuing to champion her many social causes. Queen Ingrid died in 2000, surrounded by her daughters and grandchildren. 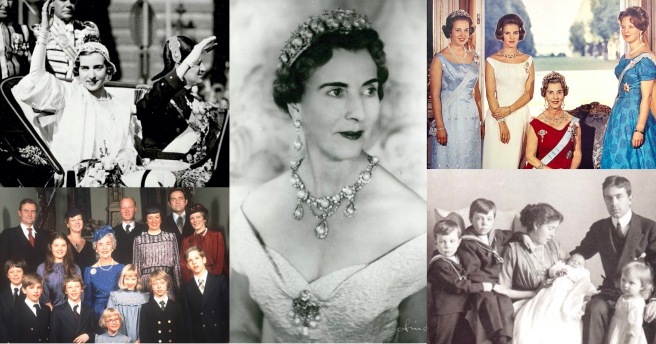 The Swedish Princess that became the beloved Danish Queen, and is the mother of Queen Margrethe, Princess Benedikte, and Queen Anne Marie- On the Anniversary of her Death- Learn about Queen Ingrid of Denmark: (link in Bio ➡️ Menu ➡️ Feature ➡️ Denmark)

2 thoughts on “Queen Ingrid of Denmark”