Today marks the 160th anniversary of the institution of the Royal Order of Victoria and Albert, which was founded by Queen Victoria on their 22nd Wedding Anniversary, just two months after his passing. What was originally a confirmation gift for their daughters turned into the Royal Family Order that Queen Victoria gave to relatives and courtiers for decades, and while it has not been awarded since her death, the Royal Order of Victoria and Albert continues to pop up to this day! 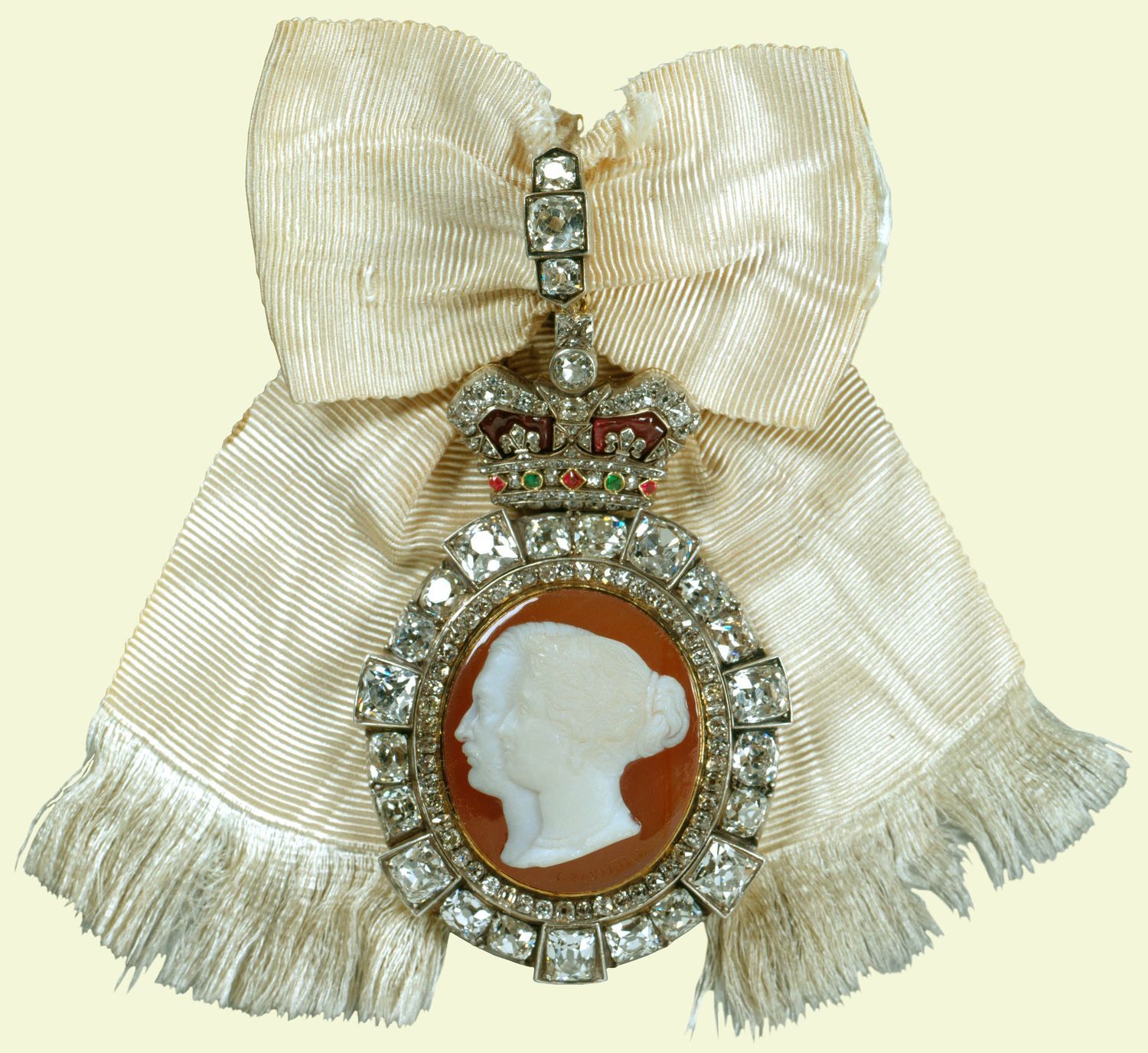 After being founded by Queen Victoria, the Royal Order of Victoria and Albert was enlarged on 10 October 1864, 15 November 1865, and 15 March 1880,  eventually comprising four classes and was only granted to female members of the British Royal Family and female courtiers. For the first three classes, the badge consisted of a medallion of Queen Victoria and Albert, The Prince Consort, differing in the width and jewelling of the border as the classes descend, whilst the fourth substitutes a jewelled cipher. The badges of the First and Second Classes are set in diamonds and surmounted by an imperial crown. The badge of the Second Class is similar but smaller. The badge for the Third Class is set in pearls and that for the Fourth Class takes the form of a monogram “V&A” set with pearls. All four were surmounted by a crown, which was attached to a bow of white silk moiré ribbon. The honour conferred no rank or title upon the recipient, but recipients were entitled to use the post-nominal letters “VA”. Queen Victoria’s daughters and daughters-in-law  as well as some granddaughters received the First Class while other grandchildren and female relatives received the Second Class. Senior Courtiers received the Third Class while Junior Courtiers received the Fourth Class or the Order. 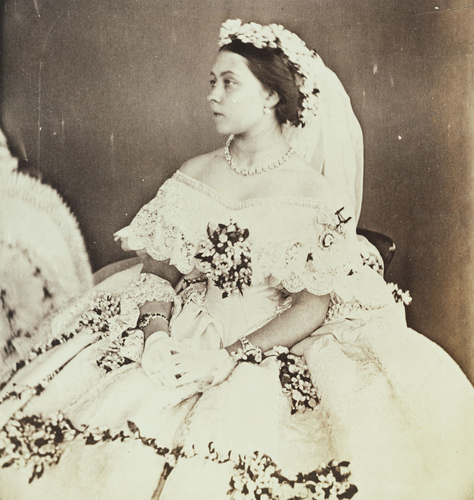 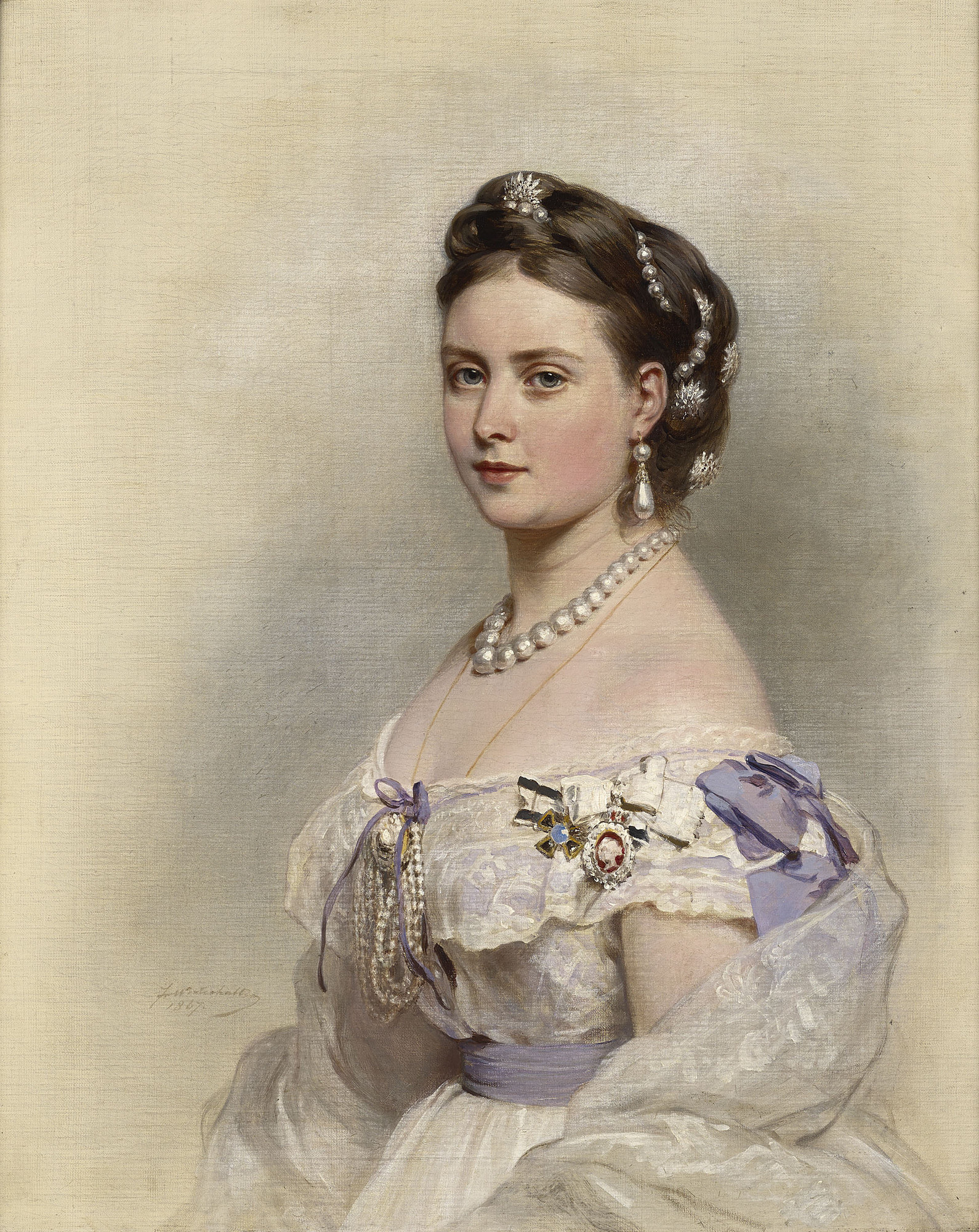 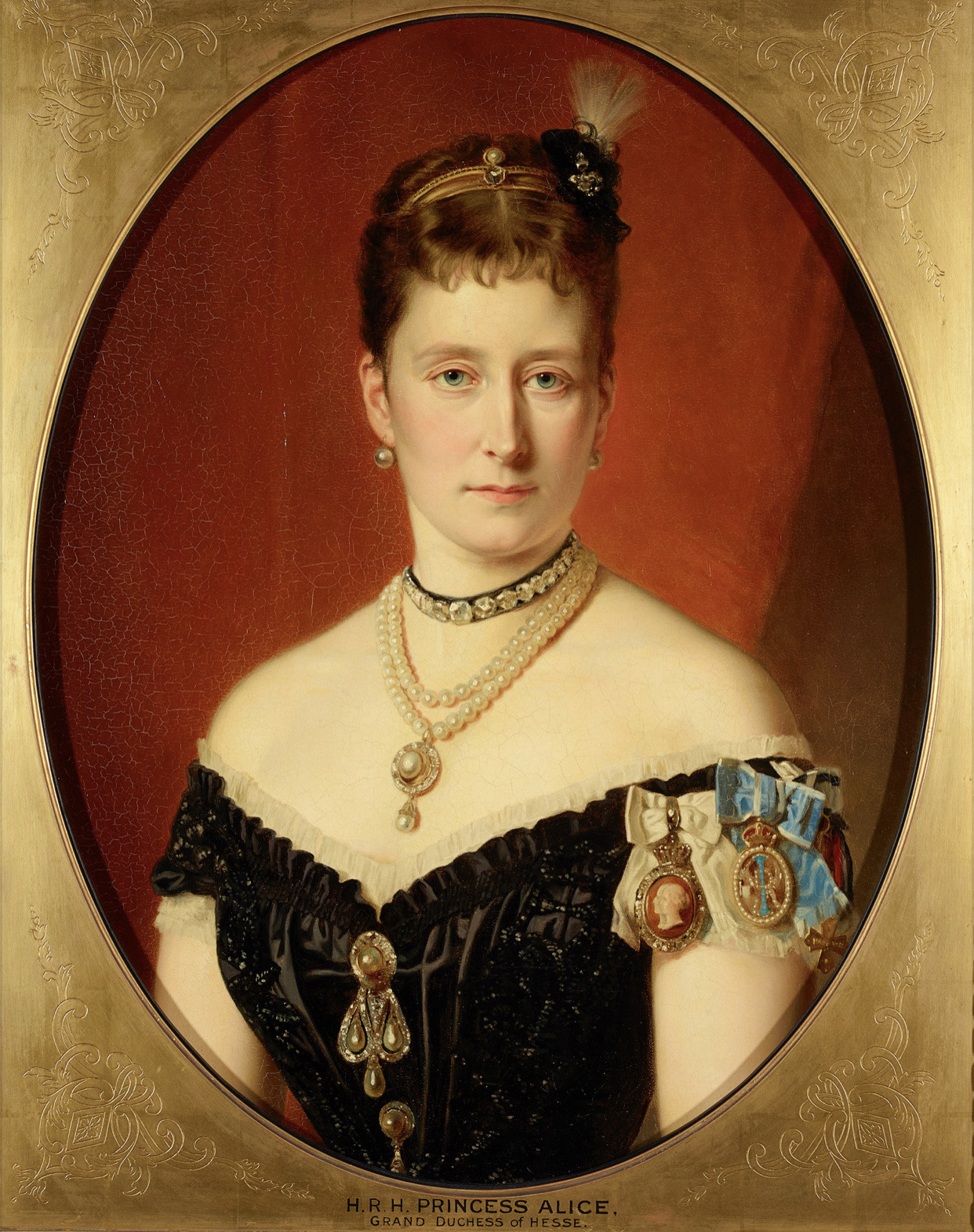 When Victoria, the Princess Royal, the eldest daughter of Queen Victoria and Prince Albert,  was confirmed in 1856, she received a special gift from her parents:

To mark the confirmation of their eldest daughter, the Princess Royal, in 1856, Queen Victoria and Prince Albert presented her with a cameo showing their jugate heads derived from the 1851 Great Exhibition medal by William Wyon. The cameo was surrounded by diamonds and surmounted by a crown, to be worn as an order pinned to a white moiré ribbon, and was repeated upon the occasion of Princess Alice’s confirmation three years later. The badges were supplied by Garrards were furnished with cameos cut by Tommaso Saulini, apparently commissioned through John Gibson, the Rome-based sculptor of whom the Queen and Prince were patrons.

Both the Princess Royal (later Empress Frederik) and Princess Alice (later Grand Duchess of Hesse) continued to wear their Cameo Orders through their lives, on their Wedding Days and for many official portraits and occasions in Britain and in Germany.

After Prince Albert’s death in 1861, the Queen turned the confirmation gift into an Order in memory of her late husband, with its date of foundation her twenty-second wedding anniversary, 10 February 1862. The return of a badge to the Sovereign after the Princess’s death was assured by a covenant. The following year, Queen Victoria wore her own badge of the Order for the first time, at the wedding of the Prince and Princess of Wales:

For the 1st time since Dec ’61! [I wore] the ribbon, star & badge of the Order of the Garter, the latter being one my beloved one had worn, also the “Victoria & Albert” Order on which I had dearest Albert’s head put above mine’.

This reordering of the Queen and Prince’s heads was unique in the Order’s insignia, and only evident on her own badge, which she wore for most public and private occasions for the rest of her long life. Queen Victoria bequeathed the badge to her youngest daughter, Princess Beatrice, who replaced the diamonds with pastes and subsequently gave it to Queen Mary. The Badge is currently in the Royal Collection. 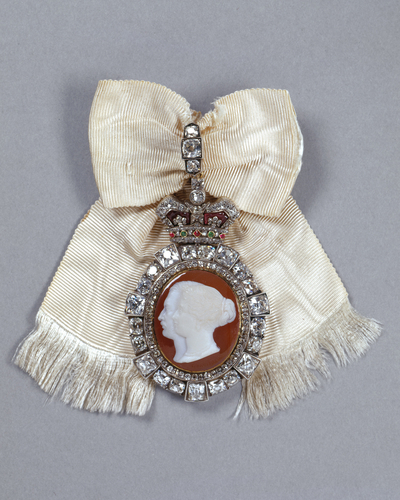 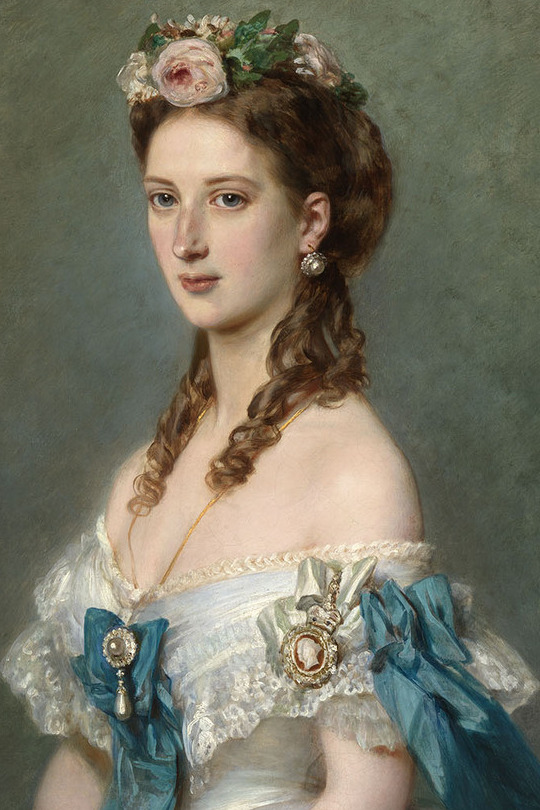 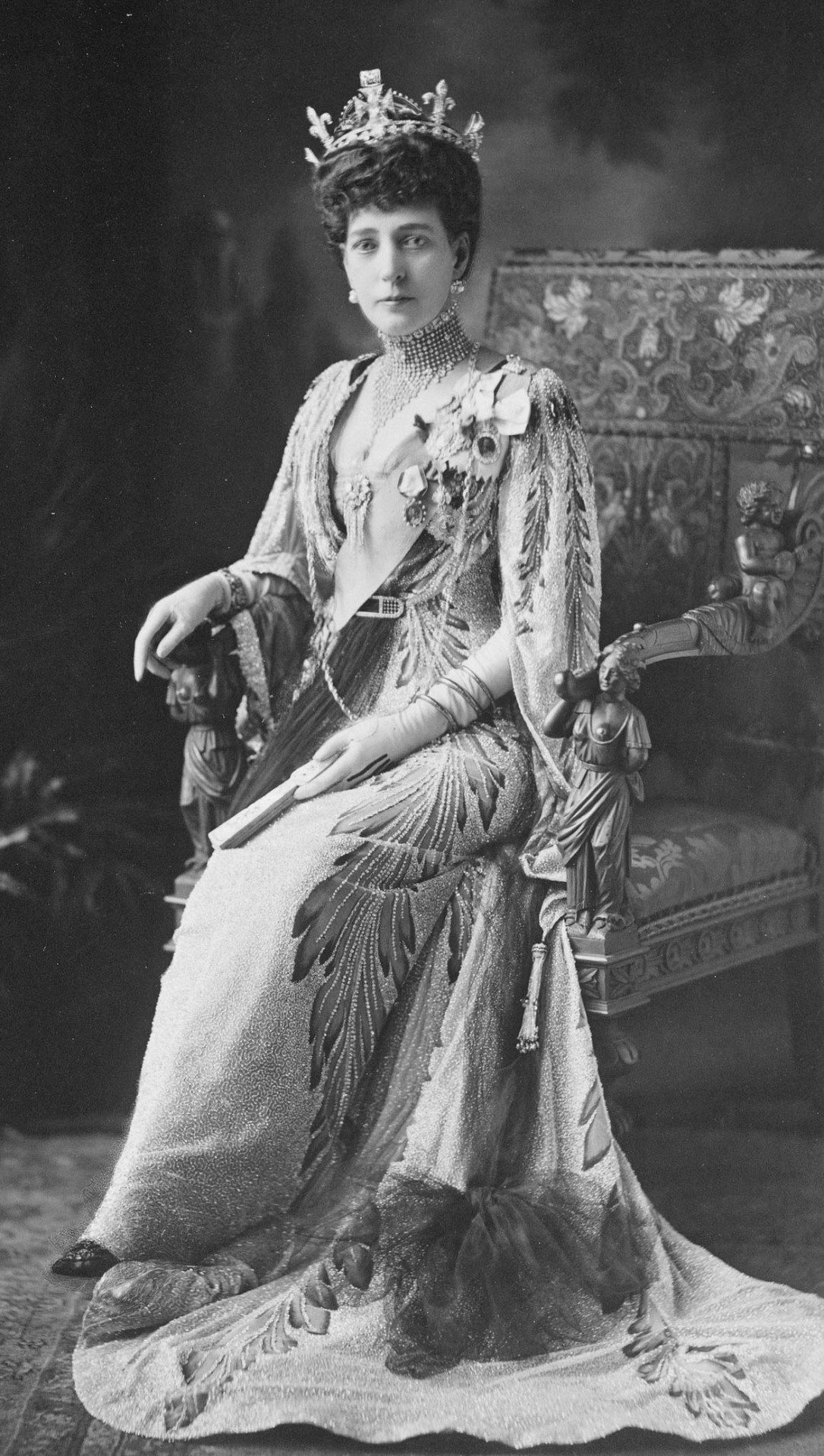 In 1863, Queen Victoria presented the Royal Order of Victoria and Albert to Princess Alexandra of Denmark on the day before her marriage of the Prince of Wales. After wearing the Order on her Wedding Day, Princess (later Queen Alexandra) continued to wear the Order throughout her life, sometimes even wearing it from a sash. Her Badge is also now in the Royal Collection. 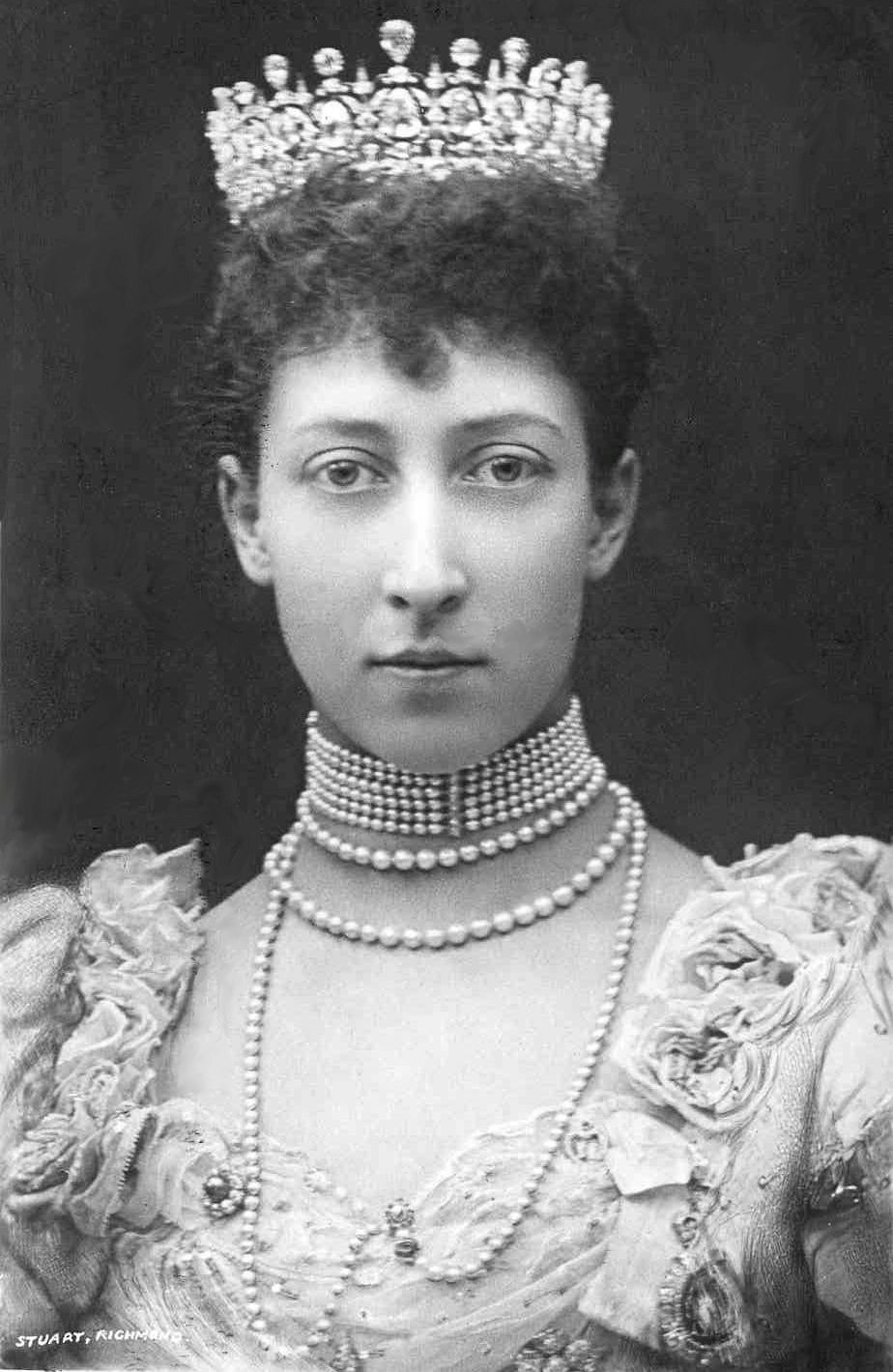 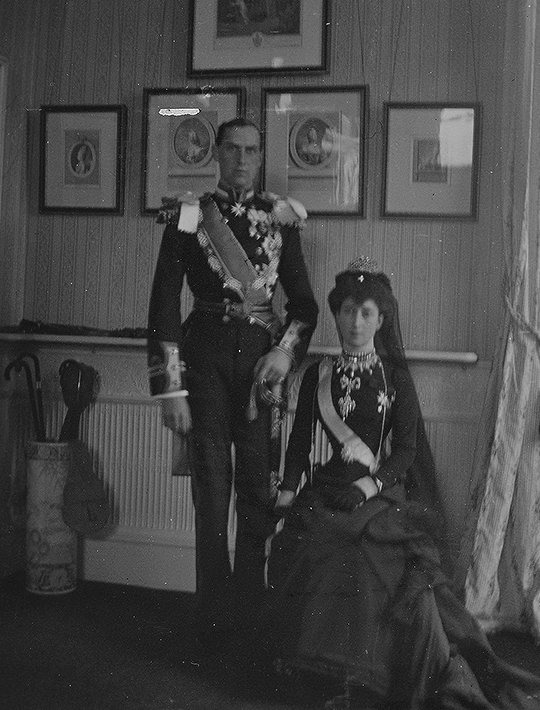 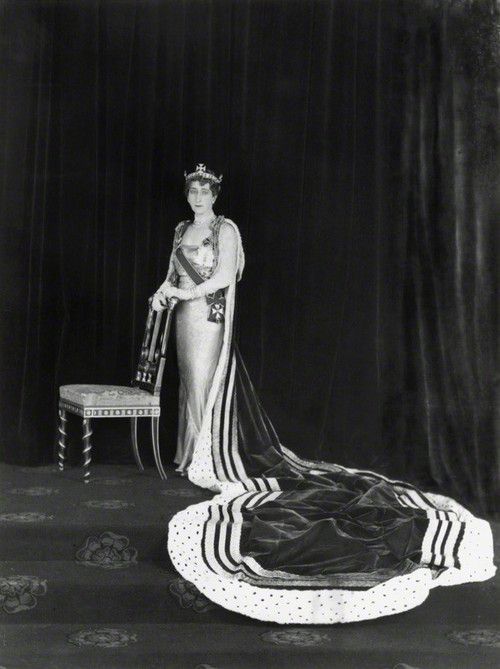 #NEW Thanks to this new pic from Princess Märtha Louise, we can see that Princess Ingrid Alexandra wore Queen Maud’… twitter.com/i/web/status/1…

A post shared by HM Queen Mary Of Teck. (@queenmaryofteck1867)

Her three daughters received First Class Badges of the Order on their Confirmation, and both Princess Victoria and the later Queen Maud were photographed wearing them as Sashes.  Queen Maud’s Order of Victoria and Albert was inherited by her granddaughter, Princess Astrid, who wore it as a bracelet and gave it as a confirmation gift to her great-niece, Princess Ingrid Alexandra, in 2019. The Duchess of York (later Queen Mary) received the Order upon her marriage, also wearing it as a Sash, though it was not worn much after her husband’s accession to the Throne.

The Winterhalter famous portrait of Princess Helena of GB http://t.co/j6NbmKKY 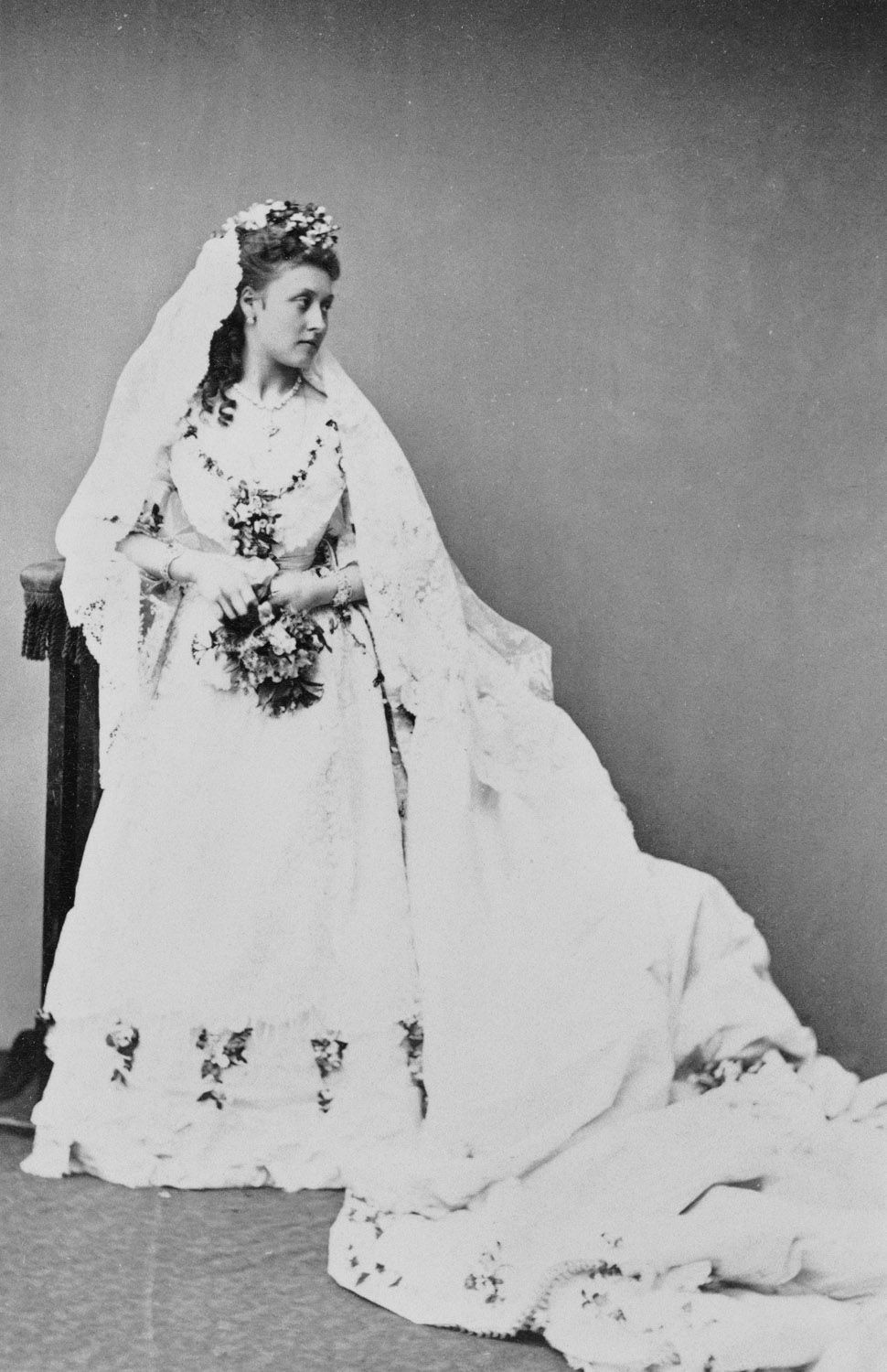 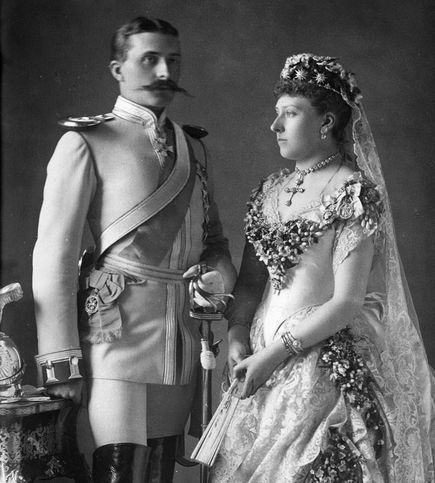 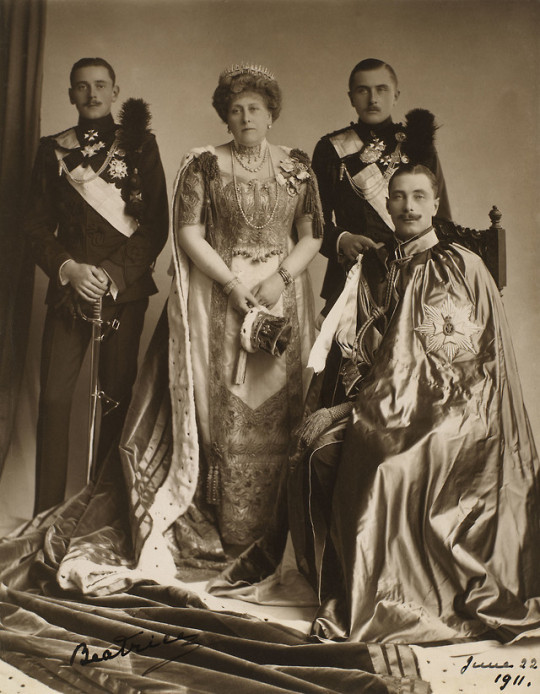 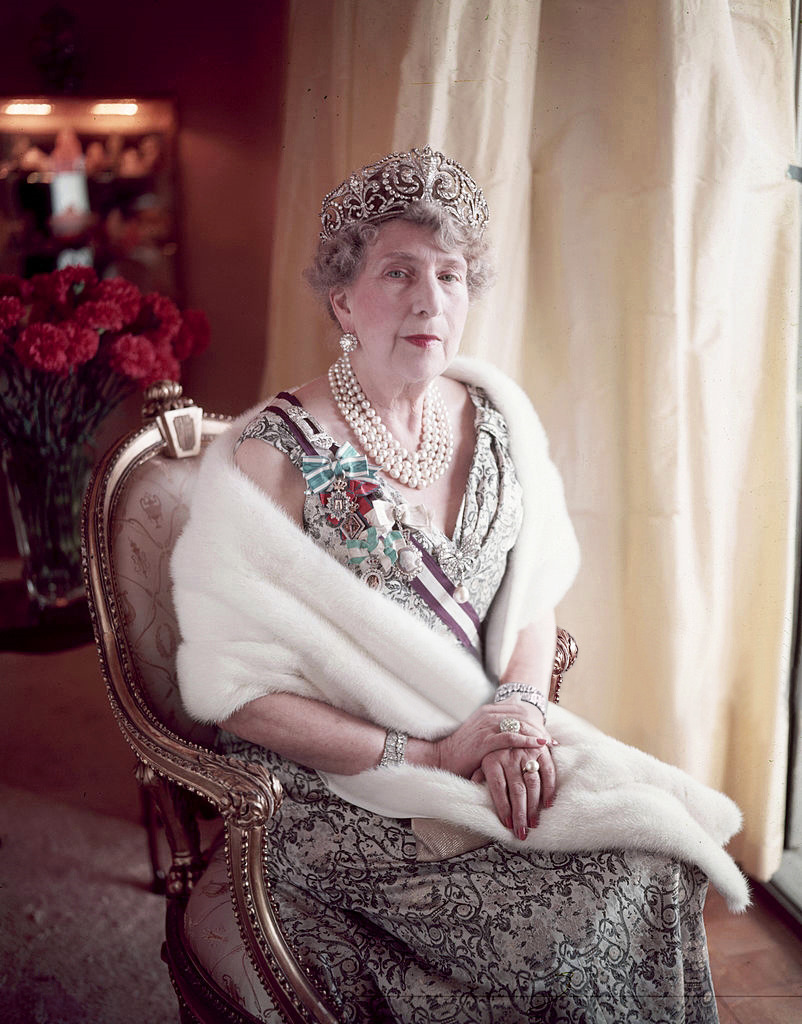 Princess Helena, Princess Louise, and Princess Beatrice all received the Royal Order of Victoria and Albert on the days of their respective Confirmations, though they also had to return the badge to the Sovereign after the Princess’s death, as assured by a covenant (Princess Helena’s is in the Royal Collection). The Princesses wore the Order for their Weddings and also all Gala events. Queen Victoria gave the Second Class of the Order to her granddaughters, and while  Princess Helena Victoria, Princess Marie Louise, and Queen Victoria Eugenie of Spain wore the smaller Second Class Badges in their younger years, they began wearing their mother’s First Class Badges after their passing. 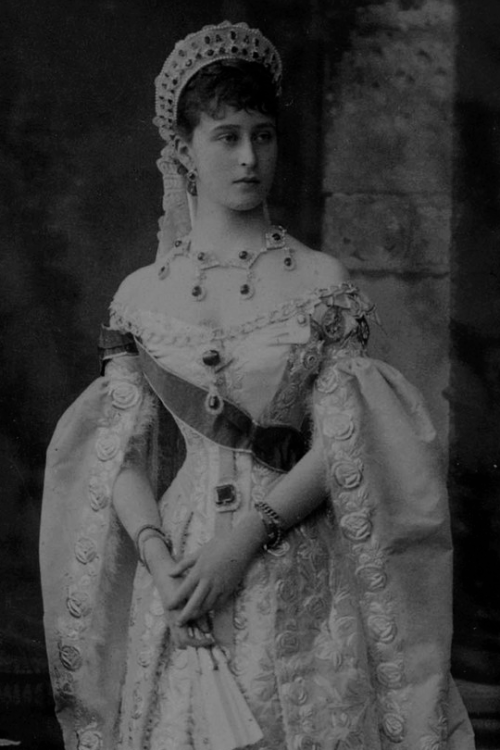 Tsarina Alexandra Feodorovna, Queen Sophia of Greece, Grand Duchess Elizabeth Feodorovna, and Victoria, Marchioness of Milford Haven were among the other granddaughters who also received the Second Class Badges and were photographed wearing them. 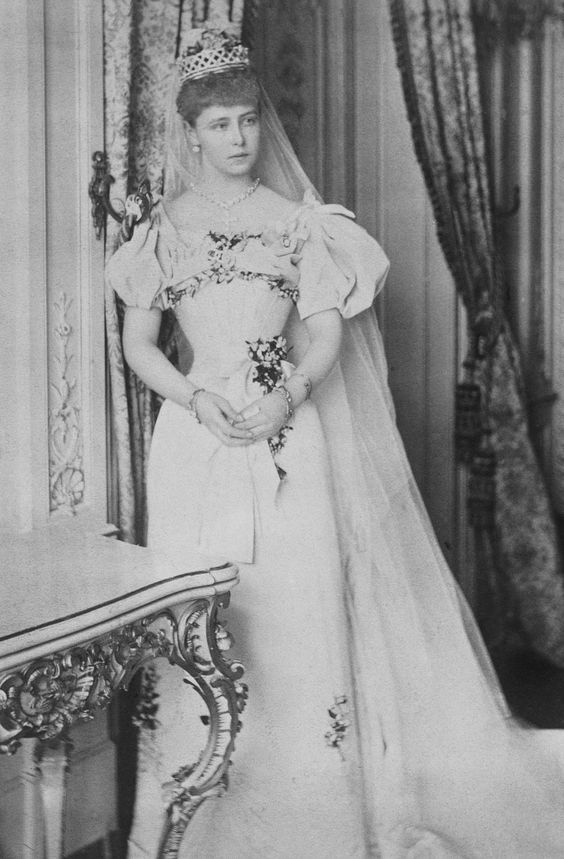 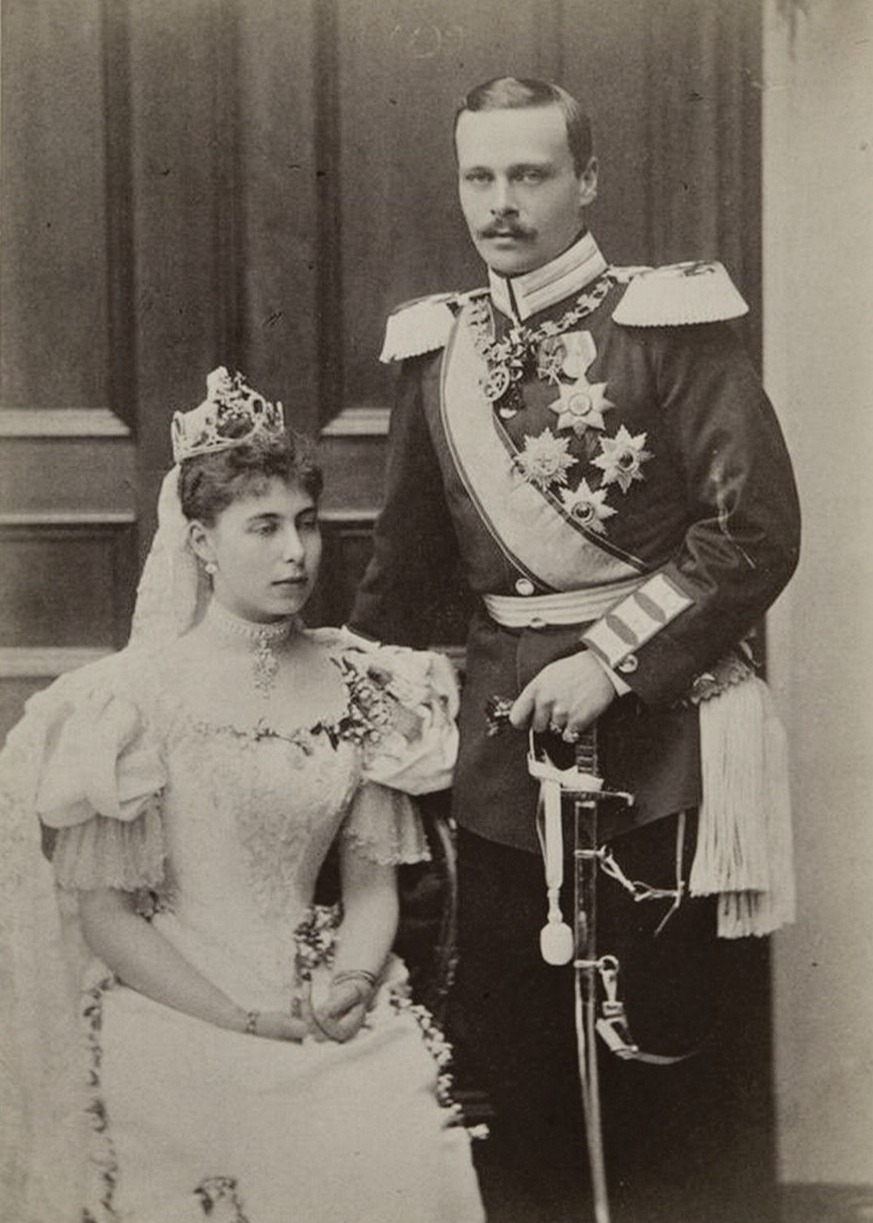 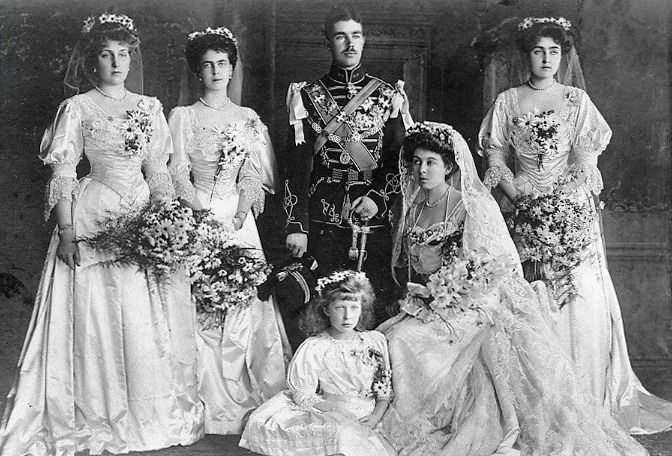 #RoyalFlashback | The Duke and Duchess of Connaught preside over the Opening of the first South African Parliament… twitter.com/i/web/status/1… 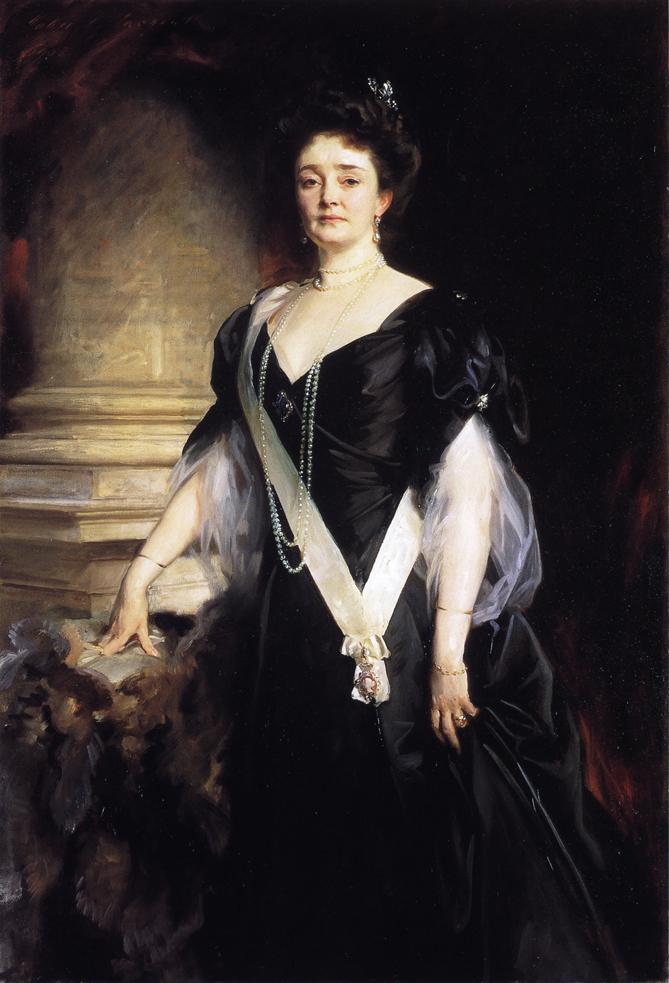 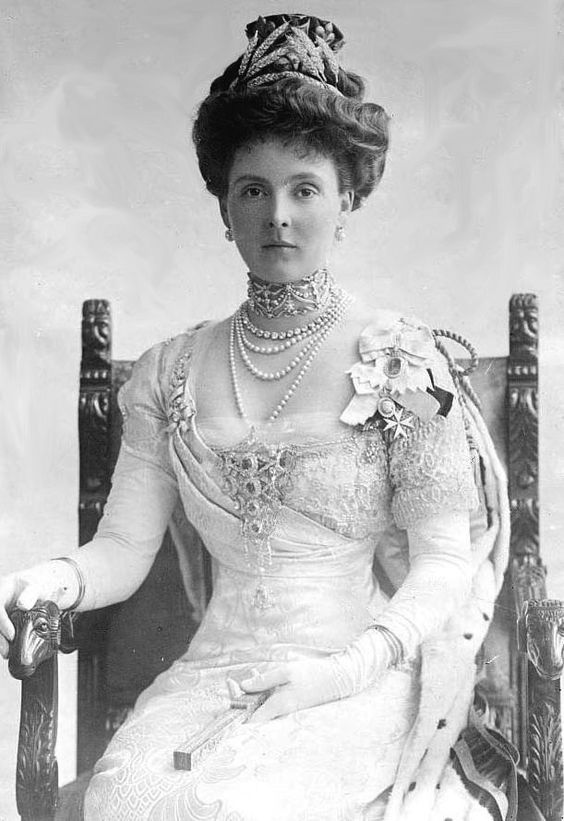 Princess Helena, Duchess of Albany wearing her Diamond Necklace as a Tiara at the Coronation of her brother-in-law,… twitter.com/i/web/status/1… 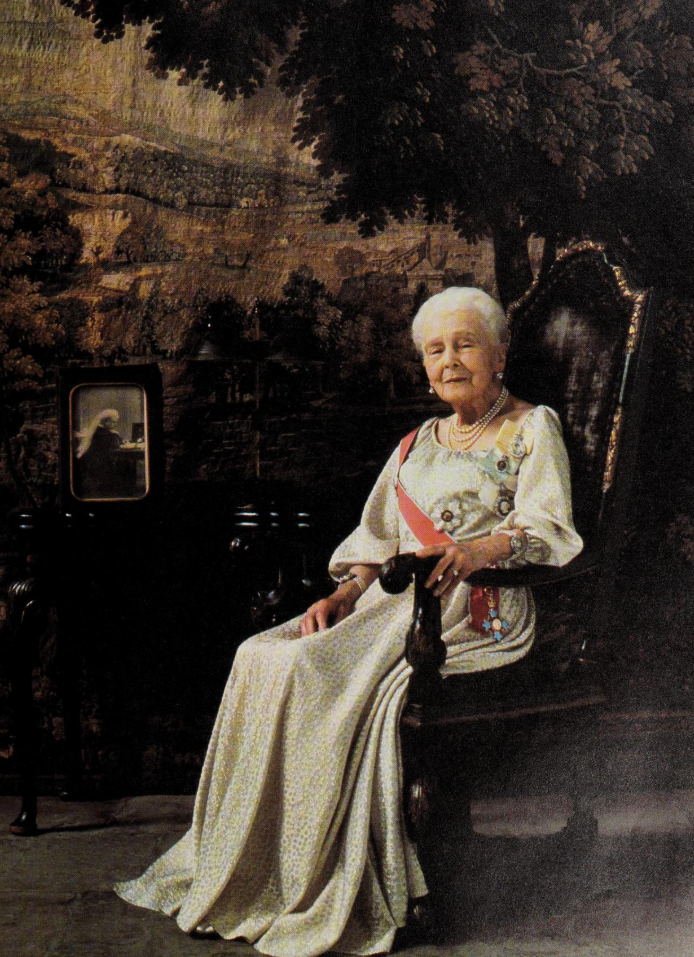 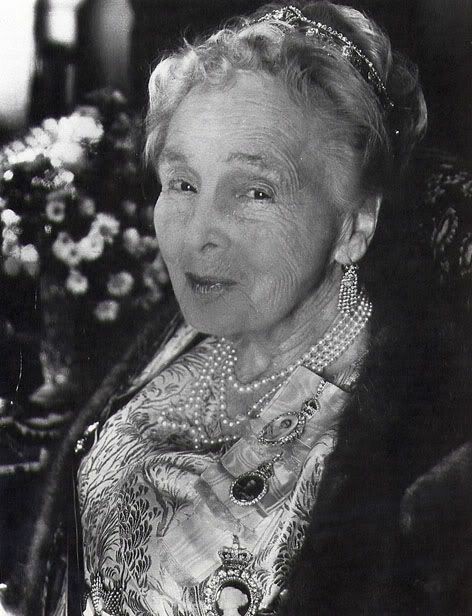 Queen Victoria gave the First Class Badges to her three other daughters-in-law around the of their respective weddings; Grand Duchess Maria Alexandrovna, Duchess of Edinburgh and Saxe-Coburg and Gotha in 1874, Princess Louise Margaret, Duchess of Connaught in 1879, and Princess Helena, Duchess of Albany in 1882. Of then, the Duchess of Connaught often wore the Sash of the Order, notably for the South African State Opening of Parliament in 1910 and the Coronation of King George V in 1911. Their daughters; Queen Marie of Romania, Princess Victoria Melita, Princess Beatrice, Duchess of Galliera, Crown Princess Margareta of Sweden, Lady Patricia Ramsay, Princess Alice, Countess of Athlone also received the Second Class of the Order on their Confirmations. While the Edinburgh Princesses scarcely wore the Insignia after their weddings, Crown Princess Margareta continued to wear it for events in Sweden until her tragic death, and both Lady Patricia and Princess Alice wore the Badges until their deaths. Princess Alice, who began wearing her mother’s First Class Badge after 1922, was the last surviving recipient of the Order at the time of her death in 1981l

Other recipients of the Order included Queen Louise of Denmark, Queen Marie of Hanover, the Queen of the Belgians, Queen Maria Christina of Spain, Grand Duchess Louise of Baden, Empress Augusta Victoria of Germany, Queen Elisabeta of Romania, Queen Wilhelmina of the Netherlands, and Princess Mary Adelaide, Duchess of Teck. Senior Courtiers received the Third Class while Junior Courtiers received the Fourth Class or the Order.

A huge h/t to DavoST for their amazing research!