Happy Birthday to Princess Léa of Belgium who turns 70 today! The twice-divorced who married Prince Alexander of Belgium, the first child and only son of King Leopold’s second marriage to Princess Lilian of Réthy. Princess Léa enjoys a good relationship with her late husband’s royal relatives and often attends royal events both in Belgium and abroad. In honour of the Princess’ birthday, we are featuring one of the few heirloom jewels at her disposal: Queen Elisabeth’s Pearl and Diamond Leaf Brooch!

But first lets learn about Princess Léa! The daughter of Sigismund Wolman, a merchant in Brussels, and Lisa Bornstein, she first married Russian Aristocrat Serge Victorovich Spetschinsky in 1975, having a daughter Laetitia Sergeevna Spetschinskaya, before their divorce in 1980. In 1983, she married Paul Robert Bichara and had a son, Renaud Bichara, before their divorce in 1987. While Léa married Prince Alexander of Belgium, son of King Leopold III and the Princess de Réthy, and the stepbrother of Grand Duchess Joséphine Charlotte of Luxembourg, King Baudouin and King Albert II of Belgium, in 1991, the couple kept their relationship a secret until 1998, over fears of the Princess de Réthy’s reaction. Princess Léa is a member of the patronage committee of the annual night of charity La Nuit des Neiges in Crans-Montana in Switzerland and grants her High Patronage to numerous charities, including the General Assembly of the Yvonne Boël Fund (fight against cancer). After Prince Alexander’s death in 2009, Princess Léa moved out of their villa in Rhode-Saint-Genèse to the Château de Humain. She is regularly seen at foreign royal events, like the Wedding of Crown Prince Leka of Albania and the Wedding of Grand Duke George Mikhailovich of Russia and Princess Victoria Romanovna Romanoff, and also remains close to the Belgian Royal Family!

On October 2nd, 1900, Prince Albert of Belgium, heir to Belgian throne, married Duchess Élisabeth in Bayern, in a ceremony in Munich. On that occasion, the young Princess received several pieces of jewellery from her European royal relatives. Her younger sister, Princess Marie Gabrielle, and her husband, Prince Rupprecht of Bayern, who also got married earlier that year, presented her with a brooch in the shape of a jet leaf, set in diamonds and five baroque pearls. 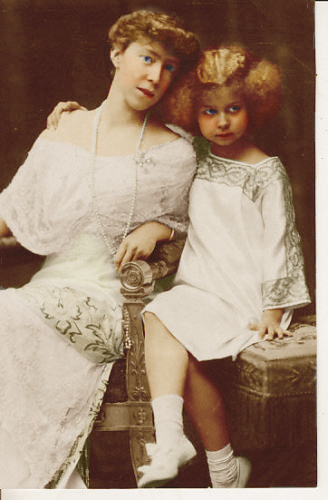 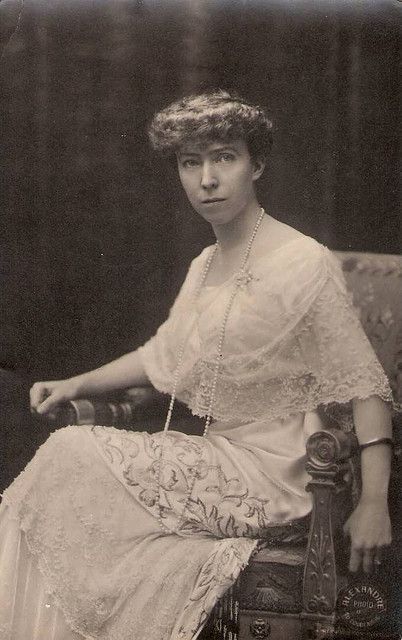 Princess Élisabeth wore this brooch quite often, probably due to deep esteem she had to her sister, that died of renal failure at the early age of 34, in 1912. She wore it for several family portraits, together with her husband and three children, Prince Leopold, Prince Charles, and Princess Marie José , taken shortly after the couple succeeded as King and Queen of the Belgians, in 1909.

Unlike other pieces of jewellery that the Queen had redesigned, the Leaf Brooch was kept intact throughout her life. She can be seen wearing it on both daytime events and galas, were the Queen always had a small bouquet of natural flowers pinned by a brooch on her left shoulder. Queen Elisabeth also paired it with her spectacular Cartier Diamond Tiara, her signature piece, for several portraits, and even wore it on her hat. 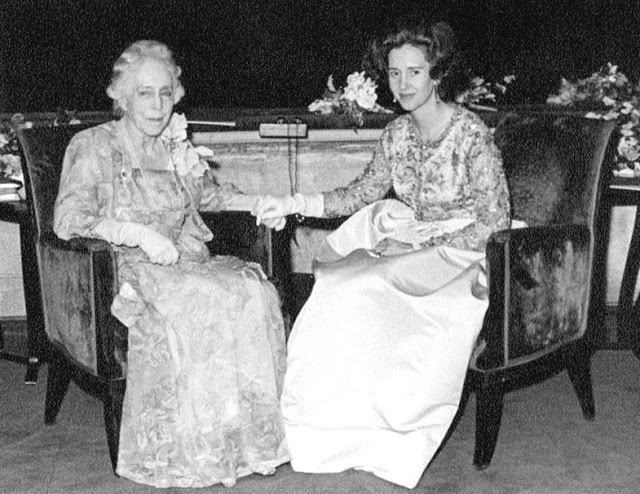 The Queen wore this brooch at the Wedding of her grandson, Prince Albert and Princess Paola Ruffo di Calabria in July 1959. After her death in 1965, the Diamond and Pearl Leaf Brooch seems to have been inherited by her eldest son, ex-King Leopold III. However, it does not appear to have been worn publicly by his second wife, Princess Lilian.

Prince Alexander of Belgium inherited the Diamond and Pearl Brooch either after the death of his father, King Leopold III in 1983, or the death of his mother, Princess Lilian, in 2002. Princess Léa has worn the Brooch on at least one occasion, ‘La Nuit Des Neiges’, a charity gala dinner in aid of Sepp Blatter Football And Humanity Foundation, in 2008. Since Prince Alexander and Princess Léa have no children together, lets hope this Brooch may one day find its back into the main Royal Family, to be one day worn by Queen Elisabeth’s namesake, the Duchess of Brabant!

One thought on “Queen Elisabeth’s Pearl and Diamond Leaf Brooch”