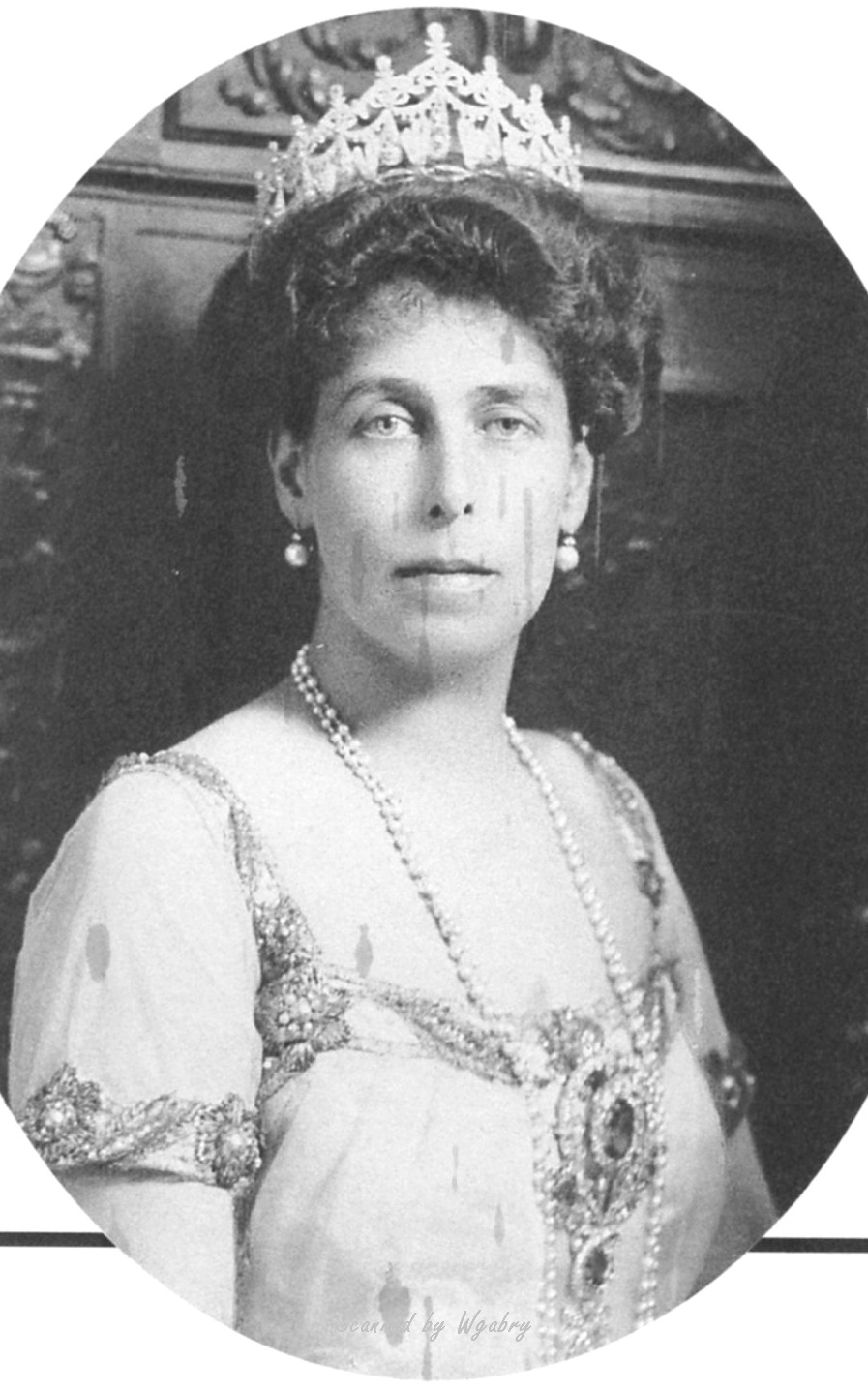 Of unknown provenance, a Tiara of ‘swags, fringes and garlands with bows and lovers’ knots with eleven spikes’, was likely a wedding gift to Princess Victoria Melita of Saxe-Coburg und Gotha when she married Grand Duke Kirill Vladimirovich of Russia in 1905, a few years after her divorce from the Grand Duke of Hesse. The Grand Duchess Victoria Feodorovna wore the Tiara for an official portrait taken a few years before the fall of the Russian Monarchy, when she was forced to sell most of her jewels, including her Greek Key Tiara and Cartier Sapphire Necklace, but it seems she retained at least the upper portion of the tiara, which was turned into a necklace.