Princes William and Harry with Princess Diana on holiday in Majorca with King Juan Carlos in August 1986 https://t.co/qbKj7hu8RZ

The Prince and Princess of Wales, Prince William and Prince Harry joined King Juan Carlos, Queen Sofia, and the Prince of Asturias on their annual Holiday at the Marivent Palace, the Spanish Royal Family’s residence in Palma de Mallorca, on this day in 1986, the first of their many holidays with the Spanish Royal Family through the 1980s and 1990s. King Juan Carlos and Queen Sofia had undertaken a State Visit to the United Kingdom earlier that year. 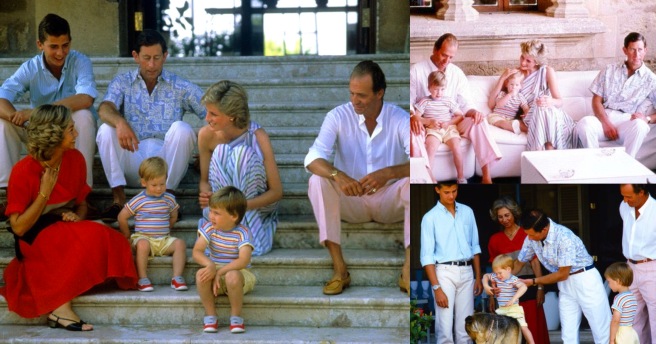