Happy Birthday to Crown Prince Frederik of Denmark! The eldest of the two sons of Queen Margrethe II and Prince Henrik of Denmark, he became heir to the throne in 1972, after the death of his grandfather, King Frederik IX. Educated in Denmark, Crown Prince Frederik spent a year at Harvard, and received his Master’s Degree in Political Science from the University of Aarhus in 1995. In 2000, he met Mary Donaldson at the Slip Inn Bar in Sydney, during the Sydney Olympics. The couple married in a lavish ceremony in May 2004. Crown Prince Frederik and Crown Princess Mary have four children, Prince Christian, Princess Isabella, Prince Vincent, and Princess Josephine, and live in an apartment at Frederik VIII’s Palace at Amalienborg. The Crown Prince supports Queen Margrethe in official duties such as the New Year’s Levees, State Visits, and Official Visits abroad. He also serves as regent of Denmark when his mother is not in the country, is a member of the International Olympic Committe, and as an avid sportsman, has participated in several international sailing competitions, and marathons. We wish HRH a very Happy Birthday and Many Happy Returns! 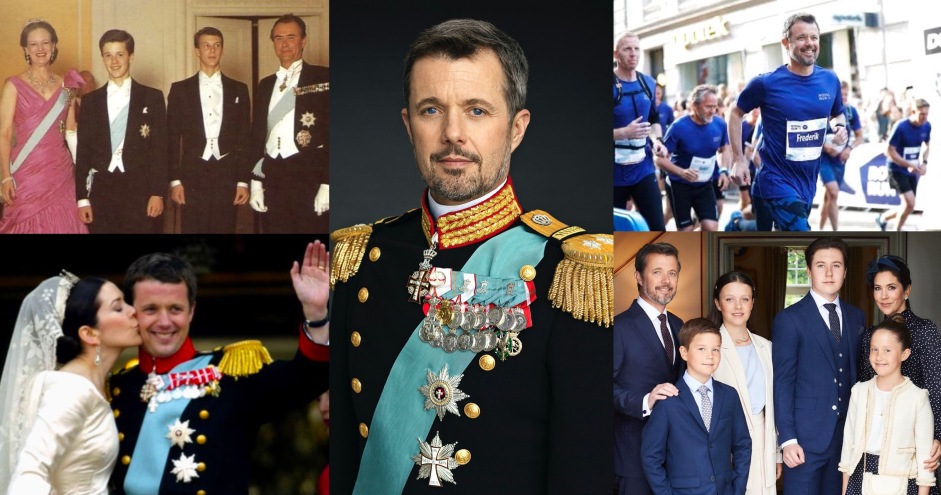