This week, the glamorous Princess Madeleine of Sweden, the Duchess of Hälsingland and Gästrikland will mark her 40th Birthday, so we are featuring some of the spectacular heirloom and personal jewels of the glamorous younger daughter of the Swedish King and Queen, starting with the Swedish Aquamarine Bandeau Tiara! 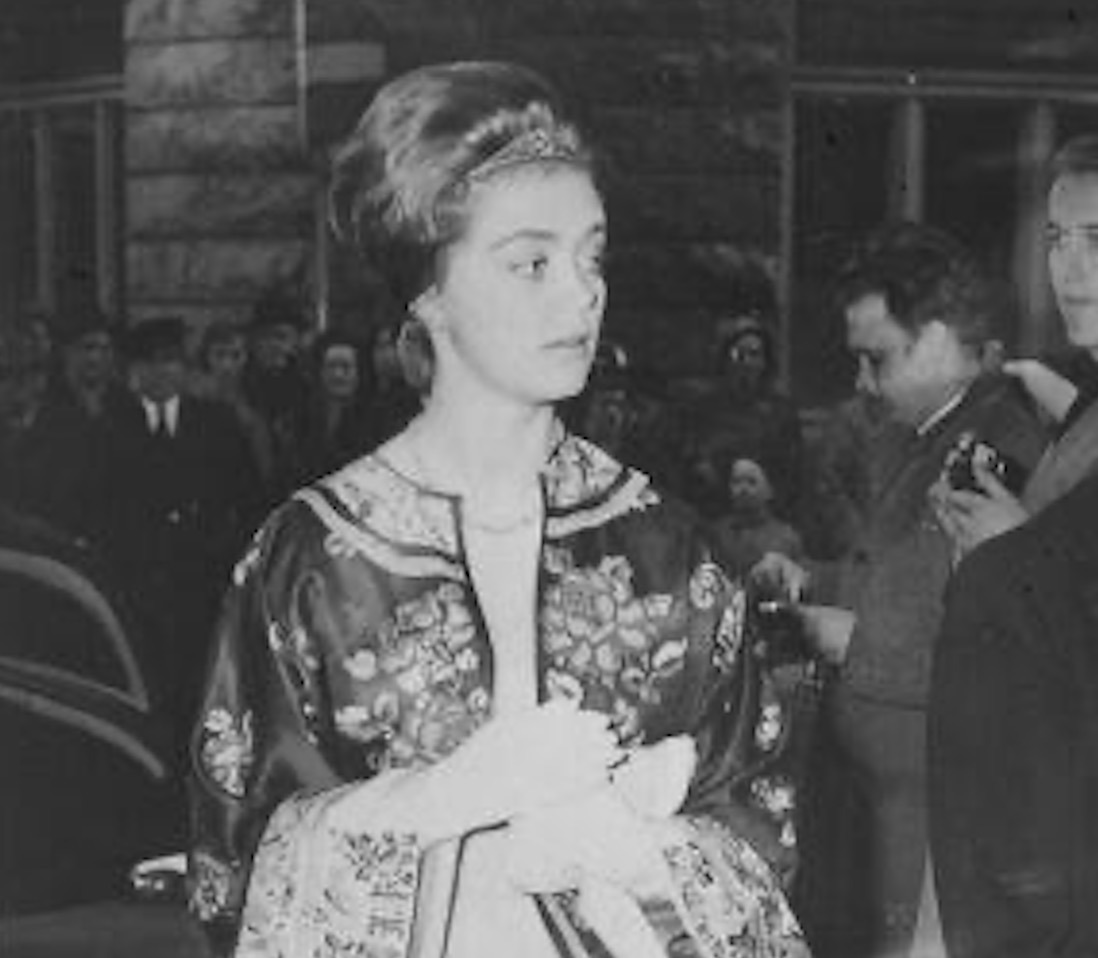 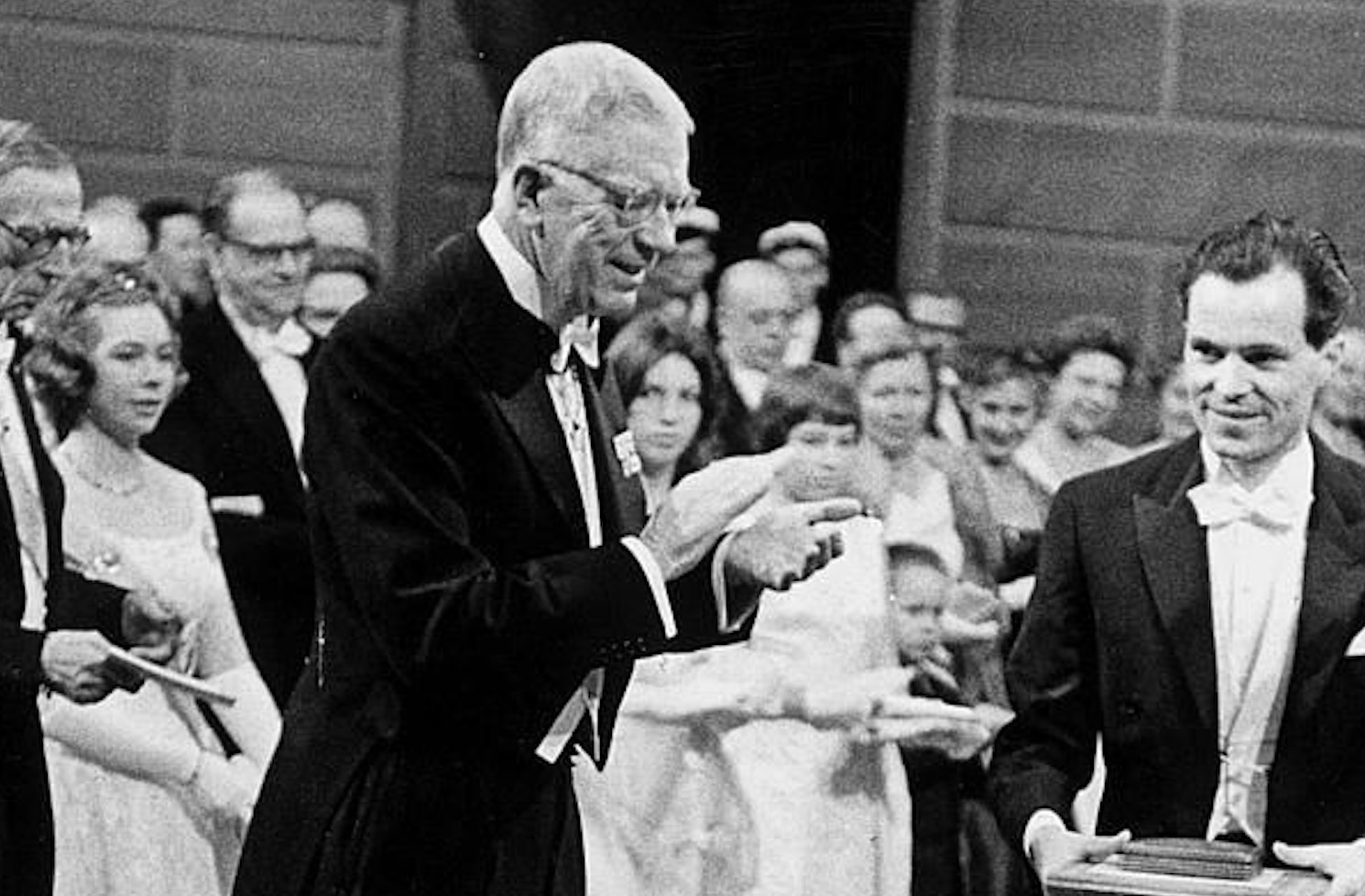 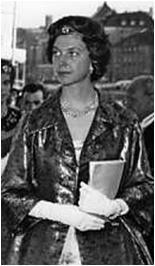 Composed of a large aquamarine set in a simple diamond frame, sometimes called the ‘Cyclops Tiara’, the Swedish Aquamarine Bandeau has an illustrious history, and is quite likely the ‘Aquamarine Bandeau’ given by Prince Andrew and Princess Alice of Greece to her sister, Lady Louise Mountbatten, when she married Crown Prince Gustaf Adolf of Sweden in 1923 (discovered by the wonderful Beth). Queen Louise does not seem to have been photographed wearing the Aquamarine Bandeau, but in the 1960s, it was often worn by her granddaughters, Princess Birgitta, Princess Désirée, and Princess Christina, most notably for the Wedding Ball of Princess Birgitta of Sweden and Prince Johann Georg of Hohenzollern in 1961. 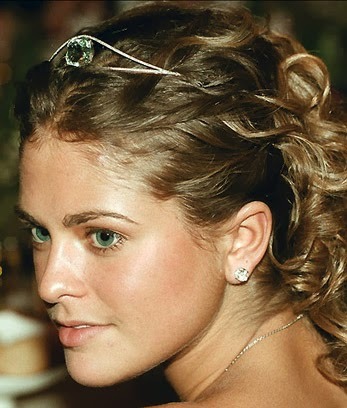 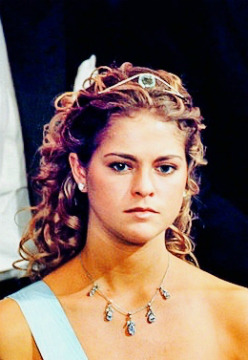 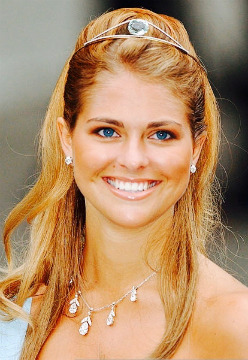 The Tiara seems to have been inherited by King Carl XVI Gustaf, and after being unworn for years, in 2000, it was given as an 18th Birthday Gift to his younger daughter, Princess Madeleine, who began wearing it soon afterwards, at the Nobel Prize Ceremony and the Wedding of Princess Märtha Louise of Norway in 2002. 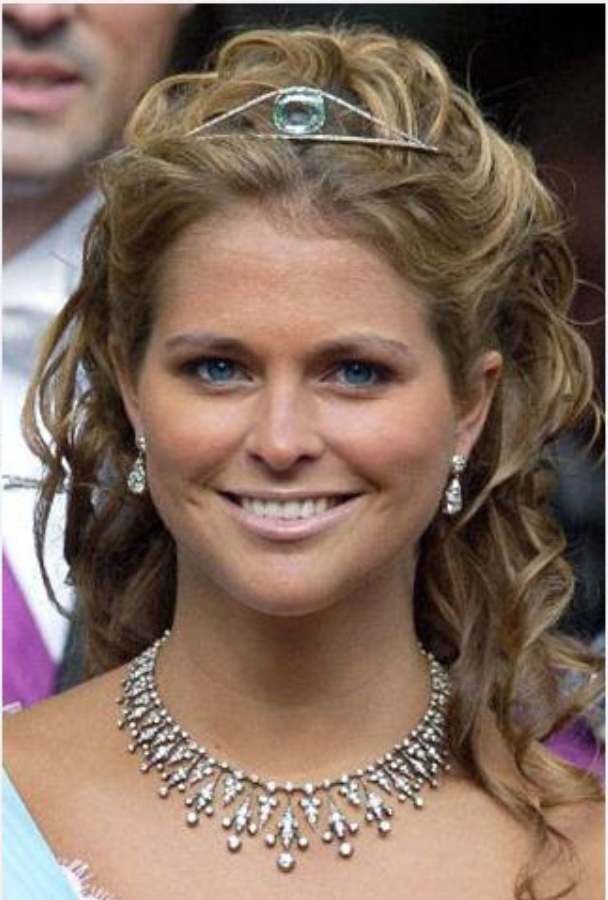 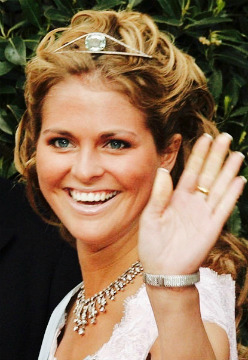 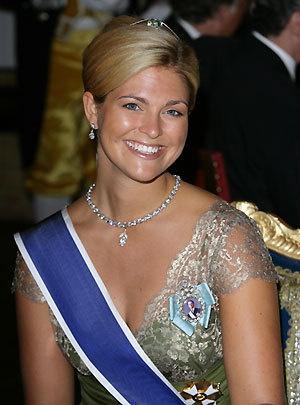 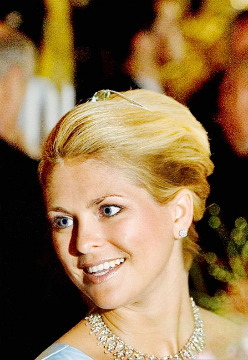 Princess Madeleine soon began wearing other Tiaras from the Family Collection but continued to wear the Aquamarine Bandeau Tiara through the 2000s, most notably for the Wedding of Crown Prince Frederik of Denmark in 2004. 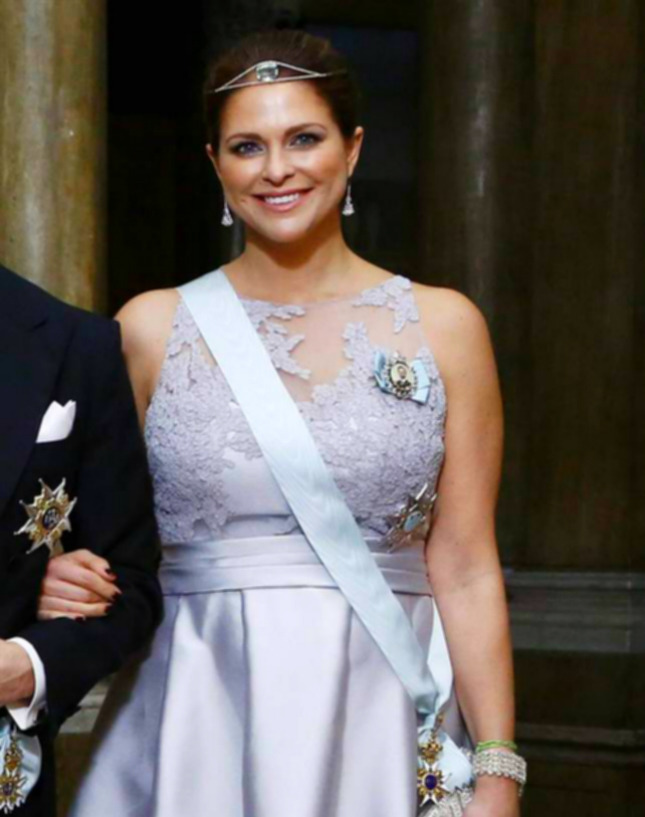 More recently, the Aquamarine Bandeau Tiara has not had many appearences since Princess Madeleine prefers to wear the larger Aquamarine Kokoshnik Tiara, but it has been worn by her aunt, Princess Christina, for King Carl XVI Gustaf’s 70th Birthday Banquet in 2016. Lets hope we get to see this special Bandeau on the next generation of Princesses, particularly Princess Madeleine’s two daughters.