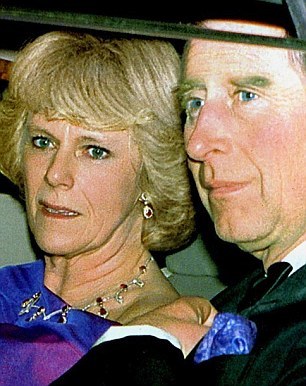 The Russian Conductor and Pianist Mstislav Rostropovich celebrated his 75ht Birthday with a Gala Concert at the Barbican in London on this day in 2002, followed by a Dinner at Buckingham Palace. Among the attendees were the Queen and Prince of Wales with the future Duchess of Cornwall at her first royal event, as well as King Juan Carlos and Queen Sofia of Spain, Queen Silvia of Sweden, King Constantine II and Queen Anne-Marie of Greece, Grand Duke Jean, Grand Duchess Joséphine Charlotte, and Grand Duke Henri of Luxembourg, Archduke Carl-Christian and Archduchess Marie Astrid of Austria, and the Duke and Duchess of Castro. Most of the guests returned to London less than two weeks later for the Funeral of the Queen Mother.

The Queen of England and her son, the Prince of Wales, -who, for the first time, was officially with Mrs. Parker in the presence of the Queen- pose with some of their guests: The King and Queen of Spain, Queen Silvia of Sweden and the Kings Constantino and Ana María of Greece, all of them covering their dear friend Rostropovich and his wife, the soprano Galina The greatest of cellists is, in his words, the happiest man on earth. Yesterday, in London, his royal friends honored him by organizing a dinner concert for him at Buckingham Palace

The Duke and Duchess of Cambridge & Prince Harry are hosting a party today for children of those who have died serv… twitter.com/i/web/status/8…