Today marks the 50th Anniversary of the Wedding of Alfonso, Duke of Anjou and Cadiz, son of Infante Jaime and Emmanuela de Dampierre and Carmen Martínez-Bordiú, the eldest granddaughter of Spanish Dictator General Francisco Franco, which took place at Palacio EL Pardo in Madrid on this day 50 years ago. To mark the occasion, we are featuring the Franco Emerald Tiara and its matching suite! 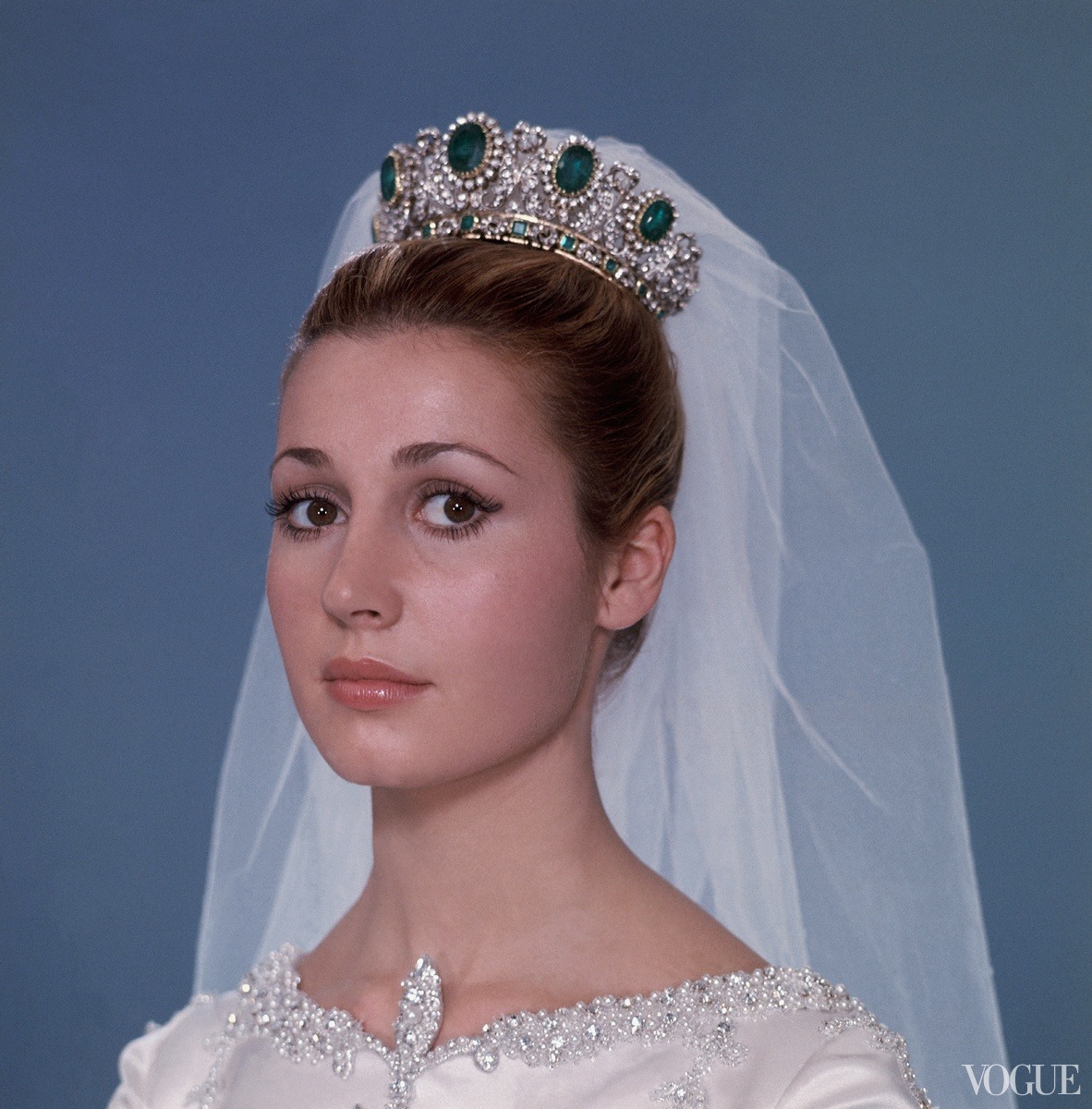 Given to Carmen by her maternal grandparents to mark her wedding to Alfonso de Borbón y Dampierre, this suite comprised a tiara with five large oval emeralds, a necklace, a pair of earrings, a brooch, and a ring. Reportedly, the parure was made in Spain in the XIX century. The new Duchess of Cadiz debuted the tiara on the day of her wedding, combining it with her splendid Balenciaga dress. Her Mother later said of the Tiara:

It was a gift from my parents, it was made by a jeweller from Palma de Mallorca.

The Duchess of Anjou and Cadiz wearing the Franco Emerald Tiara and Parure for a Gala at the Metropolitan Opera Hou… twitter.com/i/web/status/1…

The Duchess of Anjou and Cadiz wearing the Franco Emerald Tiara and Parure for a Gala at the Metropolitan Opera Hou… twitter.com/i/web/status/1…

This dashing young couple lived a busy social life, attending many society events. Alfonso was the Spanish ambassador in Stockholm since 1969. On some occasions, Carmen was seen wearing her precious emeralds, namely the  Wedding of Princess Theresia of Sayn-Wittgenstein-Sayn to Luis Figueroa, Earl of Quintanilla in 1973 and at a Gala at the Metropolitan Opera House in New York in 1973.

Their married life didn’t last long: in 1979 Alfonso and Carmen announced their separation and in 1982 they divorced. Despite many rumours stating that the Emerald Parure was part of the lot of jewels stolen from Carmen in 1983, while she was living in Paris, these pieces were in fact offered for sale at Sotheby’s in Geneva in 1981, when it was discovered that the emeralds were painted glass. Eventually, the Tiara was sold in London for 60,000 Pounds, while the necklace remains in the family, reappearing on Jose Toledo, the wife of the Duchess of Franco’s nephew.

One thought on “Franco Emerald Tiara”