King Philippe and Queen Mathilde of Belgium were joined by the Duchess of Brabant, Prince Gabriel, Prince Emmanuel and Princess Eléonore for the annual Christmas Concert (Kerstconcert) in the Throne Room of the Royal Palace of Brussels on December 21st. The Concert thanks the members of the Royal Household who contributed to the smooth running of the Royal activities in 2021 and paid tribute to all Protected Court suppliers of Belgium. Due to the ongoing pandemic, this year’s concert was recorded to be broadcast on December 25th, and includes performances by the MuCH Ensemble and the soloists of the Queen Elisabeth Music Chapel, who presented a musical program on the theme of Christmas, with compositions by Vivaldi, Mozart and Saint-Saëns, under the skilful direction of British conductor Christopher Warren Green. 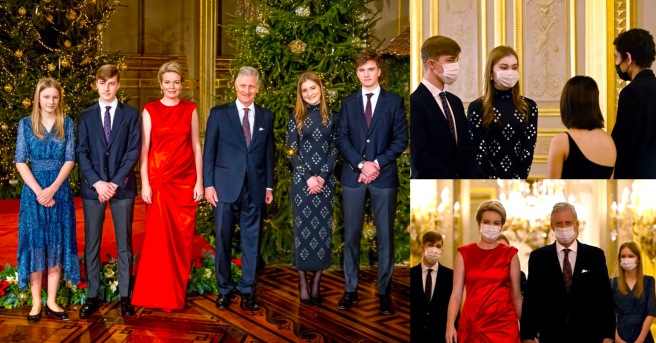