Today marks the 170th anniversary of the birth of Infanta Isabel of Spain, Countess of Girgenti, popularly known as La Chata, who was born on this day in 1851! The eldest daughter of Queen Isabel II of Spain and King Francisco of Assis, the Infanta was considered the most popular and dear member of the Royal Family who died at age 79, in exile, in Paris, right after the fall of the monarchy in Spain. To mark the anniversary, we are featuring one of her favourite jewels, the Mellerio Emerald Tiara!

But first let’s learn about Infanta Isabel! The eldest daughter of Queen Isabel II of Spain and King Francisco of Assis though her real father was reportedly José Ruiz de Arana y Saavedra, with whom the Queen kept an enduring affair, Infanta Isabel was born as the heiress presumptive and made Princess of Asturias, replaced by her younger brother, the future King Alfonso XII in 1857. In 1868, Infanta Isabel and Prince Gaetan of the Bourbon Two Sicillies, Count of Girgenti, son of King Ferdinand II of the Two Sicilies and Archduchess Maria Theresa of Austria, finding out about the Glorious Revolution during their Honeymoon and joining the Royal Family in exile in Paris. Prince Gaetan had a frail health and suffered from epilepsy and depression,  and the couple travelled around Europe to search for cures, until he committed suicide in 1871. As the Heiress Presumptive to the Throne after the restoration of her brother, King Alfonso XII, in 1874, Infanta Isabel became the First Lady of the Court, and remained a popular and influential figure during the reign of her nephew, King Alfonso XIII. Infanta Isabel never wanted to remarry and dedicated her life to the service of the Spanish Crown She passed away in Paris just days after he was exiled in 1931, leaving Spain in her last days despite being informed by the republican authorities that there was no need for her to go into exile.

When Infanta Isabel married Prince Gaetan of the Two Sicilies in 1868, she received many splendid jewels from her relatives. The most important and valuable pieces were the ones that her mother, Queen Isabel II, selected for her namesake daughter. This lot, valued in more than 3.000.000 reales, included not only today’s Emerald Tiara but also the Diamond and Pearl Shell Tiara, a diamond belt, a diamond corsage and earrings, a floral tiara, a diamond necklace, an emerald brooch, an emerald pendant, a diamond brooch and two diamond bracelets with portraits. 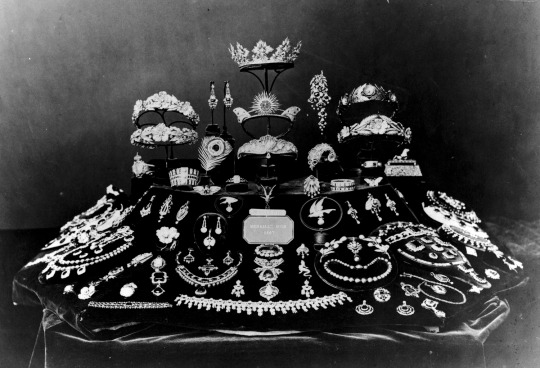 The Emerald Tiara was created by Maison Mellerio, Queen Isabel’s favourite jeweller, it is composed of three large wild roses centred by emeralds joined by diamond laurel branches. The elements are detachable and can be worn in many different ways, namely brooches. The piece shares many similarities with others created by Mellerio during that period, and presented at the Universal Exhibition of 1867, like the one once in the possession of Queen Margherita of Italy. The Queen provided the jewellers with some of the necessary diamonds for the execution of the Emerald Tiara. However, the piece was not yet ready to be delivered to the Infanta at the date of the wedding. While honeymooning, Isabel and Gaetan received the news of the Revolution that led to the fall of the Spanish Monarchy. Due to their new condition of exiled royals, the financial situation of the Royal Family deteriorated considerably. This situation worsened as the Queen and her family tried to keep the high living standards they were used to. Vincent Meylan’s research on the Mellerio archives shown to us that Queen Isabel was in high debt to the Mellerio brothers, owning the amount of 171.000 francs to the jewellers. They tried to reach the Queen, writing her a letter, requesting a debt settlement, and refusing to continue providing jewels on credit. The Queen remained silent, and the brothers took this case to court. In 1872, court decided in favour of the Mellerio brothers and Isabel had to start paying her debts. 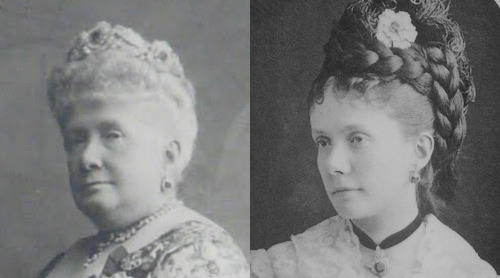 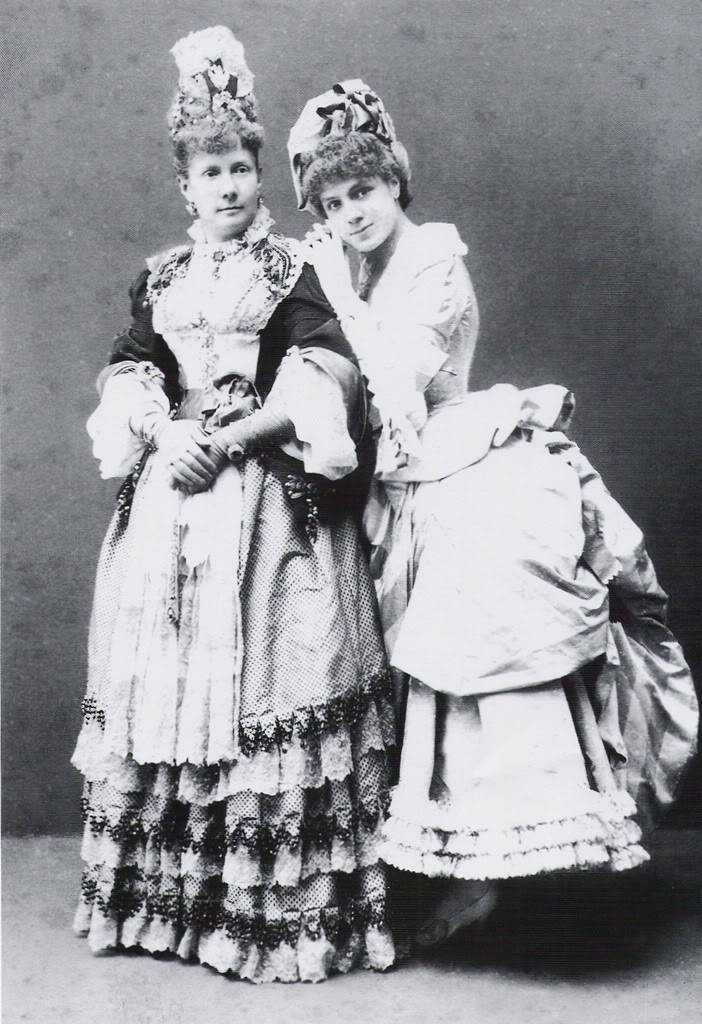 Anyway, Infanta Isabel ended up receiving her ‘garland of emeralds and diamonds’ and used it with great creativity. The tiara’s central rose was frequently used as a brooch and headpiece. In February 1884, the Infanta attended a costume ball held by the Dukes of Fernán Núñez dressed as Coralina. On that occasion, La Chata once again took advantage of the piece’s versatility, wearing the various elements of the tiara pinned on her hat. 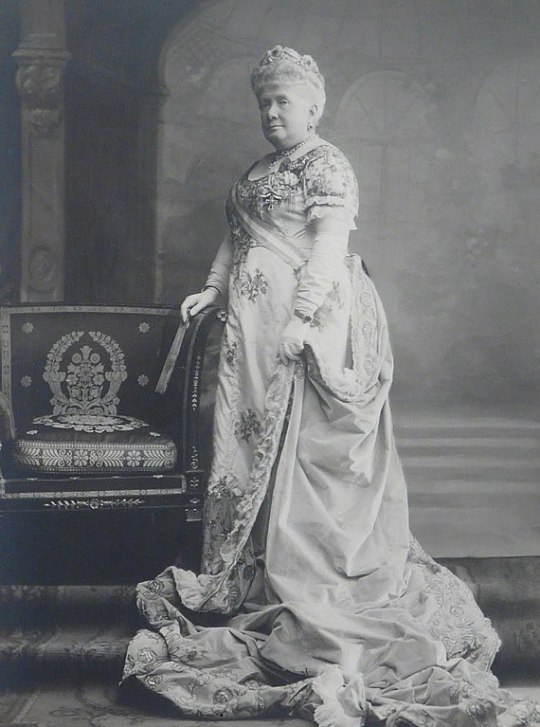 The Infanta kept wearing her Emerald Tiara throughout her long life. She was photographed wearing it at many formal events of the Spanish court, namely the weddings of her many nieces and nephews and religious services. One of the last occasions where the piece was worn by her was at the Wedding of Infanta Isabel Alfonsa and Count Jan Zamoyski in 1929. After Isabel’s death, in 1931, a great part of her jewellery collection was inherited by her beloved nephew, King Alfonso XIII, as the Infanta never had children of her own. The Emerald Tiara was part of this interesting lot of jewels, that also included the Mellerio Shell Tiara, and a Pearl and Diamond Bracelet, and were smuggled out of Spain in a hat just just days before her death. 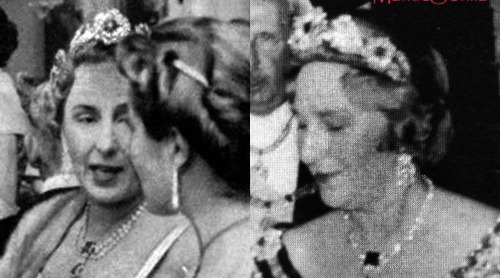 King Alfonso gave the Emerald Tiara to his youngest daughter, Infanta Maria Cristina, on the occasion of her marriage to Enrico Marone Cinzano in 1940. She was seen wearing this piece on various occasions including the Wedding Gala of Prince Alexander of Yugoslavia and Princess Maria Pia of Italy in 1955, and the Wedding Ball of King Baudouin and Doña Fabiola de Mora y Aragón at the Royal Palace of Brussles in 1960. 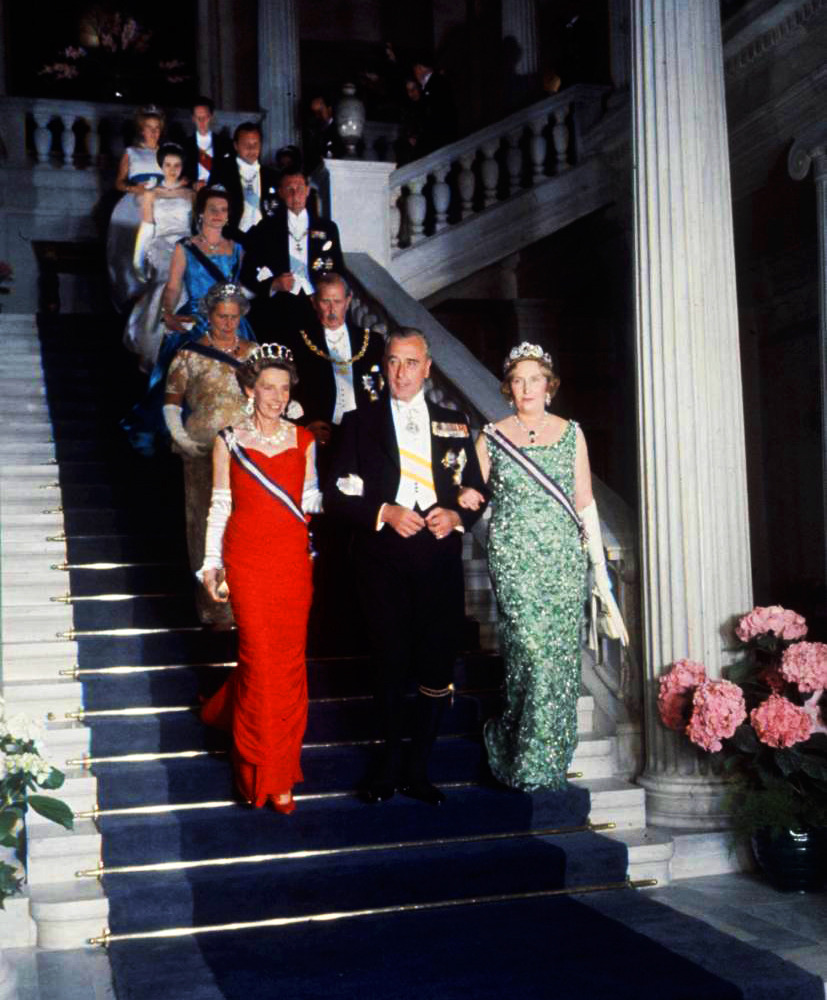 Infanta Maria Cristina was also photographed wearing the Tiara and Necklace at the Wedding Gala of her nephew, Prince Juan Carlos of Spain, and Princess Sofia of Greece at the Royal Palace in Athens, in 1962. The present whereabouts of this tiara are not officially known, although there are rumours that it was broken up by Infanta Maria Cristina at a certain point to create more ‘usable’ pieces.

Update: Thanks to Pablo Milstein’s amazing research, we now know that the tiara was effectively dismantled by Infanta Maria Cristina, as she considered it “very uncomfortable to wear”. Using some of the stones, more wearable jewellery pieces were created for her and for her daughters’ use. In 1984, the central element of the Emerald Tiara, still intact and adapted as a brooch, was auctioned off at Sotheby’s, as the “Property of a member of a Royal Family”.