Princess Elizabeth (wearing the King George VI Sapphire Parure) and the Duke of Edinburgh attend the Midnight Matinee Gala at the London Coliseum on this day in 1951, in aid of the National Playing Fields Association.

Princess Elizabeth and the Duke had just completed their extensive Tour of Canada, following a busy Summer, with the Opening of the Festival of Britain, the Danish State Visit, the Norwegian State Visit, as Princess Elizabeth and the Duke, who had given up his Naval Career, became full-time working Royals in the last few months of King George VI’s life, ahead of her Accession to the Throne. 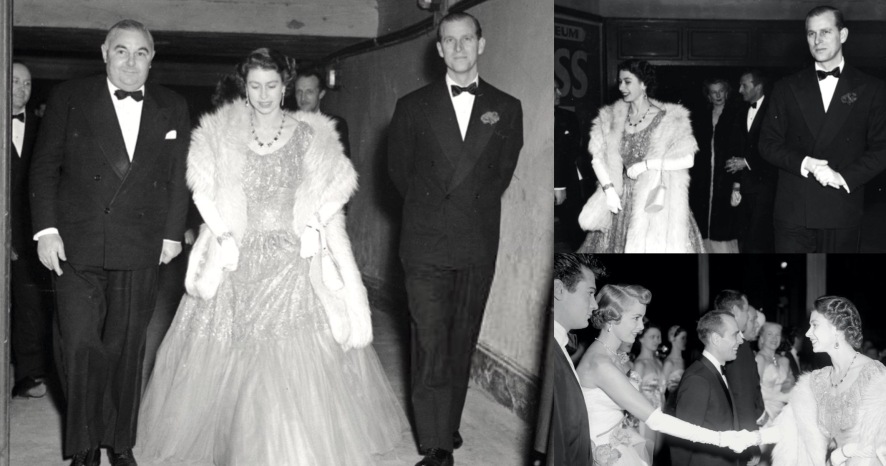