Happy Birthday to Princess Elizabeth of Yugoslavia, who turns 85 today! The third child and only daughter of Prince Regent Paul of Yugoslavia and Princess Olga of Greece, making her the niece of Princess Marina, Duchess of Kent, Princess Elizabeth was born at the White Palace in Belgrade, and grew up on extensive family estates around Yugoslavia, until the Second World War, when the family were kept under house arrest in British Kenya following a British backed coup. After the war, the Serbian Monarchy was abolished by the Communist government and their extensive properties were confiscated, so the family lived between Paris and the magnificent Villa di Pratolino in Tuscany, which Prince Paul had inherited from his maternal grandfather. Princess Elizabeth was educated in Kenya, the United Kingdom and Switzerland before studying Art History in Paris. In 1961, she married American textile manufacturer Howard Oxenberg and the couple had two daughters, the actress Catherine Oxenberg and writer Christina Oxenberg, who was possibly fathered by President Kennedy, and after their divorce, Princess Elizabeth married British Politician Neil Balfour, having one son, Nicholas Balfour, until they divorced in 1978, following her affair with Richard Burton. In 1987, the Princess married former Peruvian Prime Minister Manuel Ulloa Elías, who died in 1992. In 1990, she founded the Princess Elizabeth Foundation, which supports children from war zones and in 2004, she ran in the presidential elections in Serbia coming in sixth place with 63,991 votes. A human rights activist, Princess Elizabeth received the first Nuclear Disarmament Forum Award and the Demiurgus Peace International for outstanding achievements in the field of strengthening peace among nations. She has worked to rehabilitate her father’s relationship in Serbia, and also has her own perfume brand and has written four children books. We wish HRH a very Happy Birthday and Many Happy Returns! 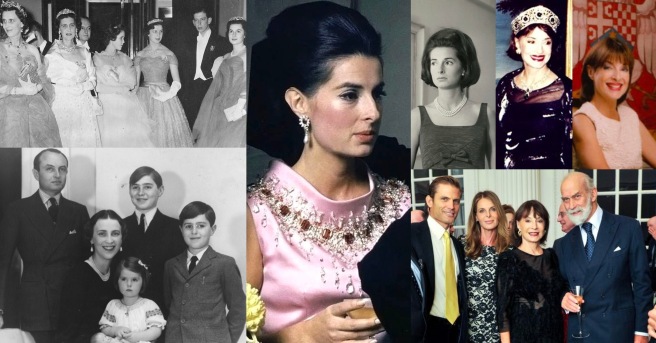