#RoyalFlashback | The Wedding of Tsar Boris III of Bulgaria and Princess Giovanna of Italy at the Basilica of St. F… twitter.com/i/web/status/1…

A post shared by Royal Family of Bulgaria (@royalbulgaria)

The Wedding of Tsar Boris III of Bulgaria, son of Tsar Ferdinand I of Bulgaria and Princess Marie Louise of Bourbon-Parma, and Princess Giovanna of Savoy, daughter of King Victor Emmanuel III of Italy and Princess Elena of Montenegro, (wearing her Floral Tiara and later the Bulgarian Köchert Tiara), in a Catholic ceremony at the Basilica of St. Francis of Assisi on this day in 1930, which was followed by a Reception at Villa Fidelia in Spello and a Bulgarian Orthodox Ceremony at the Cathedral Saint Aleksandar Nevski in Sofia on November 3rd, during which Queen Giovanna was crowned. The couple had two children: Tsar Simeon and Princess Marie Louise, and remained happily married until his sudden death in 1943 (reportedly after being poisoned by Hitler), and the Bulgarian Monarchy was abolished by the Communists in 1946. Queen Giovanna died in 2000. 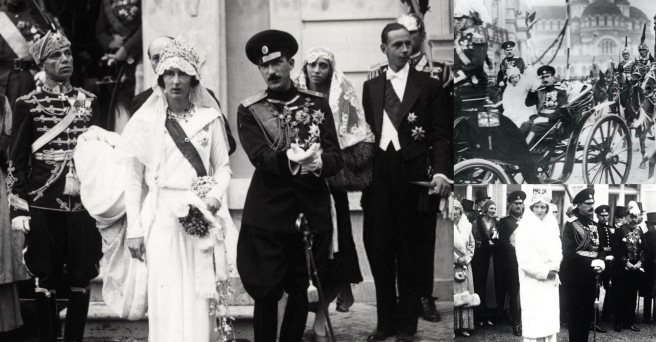