Today marks the Anniversary of the Birth of Princess Sibylla of Sweden, mother of King Carl XVI Gustaf of Sweden, who was born on this day in 1908. Born a Saxe-Coburg and Gotha and Albany, she married the future Heir to the Swedish Throne, who tragically died, leaving her to raise five children while still undertaking duties and even serving as the ‘First Lady’ of the Swedish Court for the period of years. To mark the day, we are taking a look at her Diamond Bracelet Bandeau. 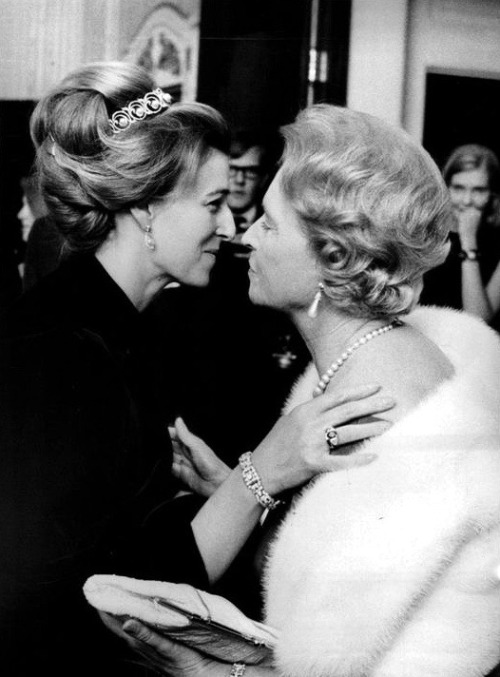 An Art Deco Diamond Bracelet in a chain-link design, the bracelet was probably a wedding gift to Princess Sibylla Saxe-Coburg and Gotha, when she married Prince Gustaf Adolf of Sweden, Duke of Västerbotten in 1932. While she wore the piece as a bracelet, she also used it as a discreet Tiara option in the 1950s and 60s.

Also in the 1950s, Princess Sibylla’s four daughters, the Haga Princesses, reached adulthood, and frequently wore the Diamond Bracelet Bandeau, which was a more suitable option for young Princesses.

After Princess Sibylla’s death, the Diamond Bracelet Bandeau, and her Sapphire Necklace, were inherited by her second daughter, Princess Birgitta of Hohenzollern, wore wore it once asa Tiara in the late 1970s, and more recently as a bracelet at the the Wedding of her niece, Crown Princess Victoria, in 2010. While her other jewels, including her Pearl Circle Tiara, have been passed down to her daughter Princess Désirée of Hohenzollern, Princess Sibylla’s Bracelet Bandeau remains with Princess Birgitta and will no doubt be seen in the future.