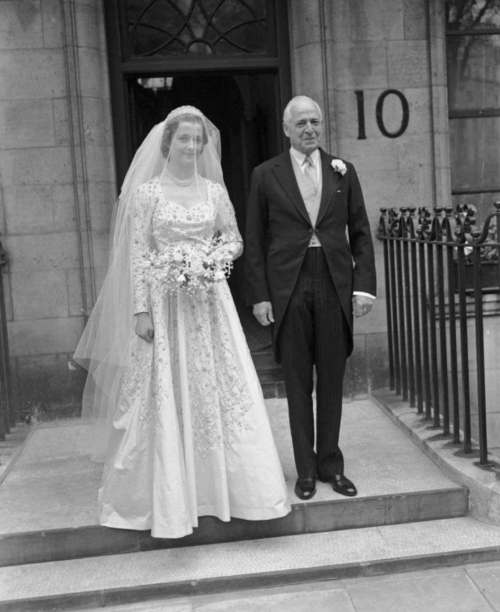 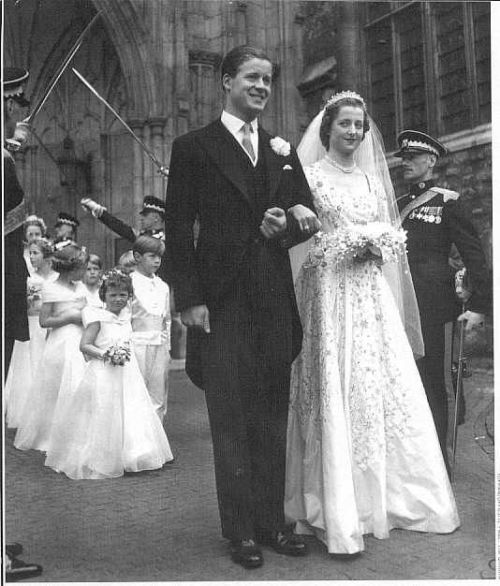 The Wedding of Viscount Althorp, heir to Earl Spencer, and the Hon. Frances Roche, daughter of Baron Fermoy (wearing the Fermoy Tiara), at Westminster Abbey on this day in 1954, followed by a Reception at St. James’s Palace. The couple had four children, including Diana, Princess of Wales, and got divorced in 1969.

#OTD 67 years ago. On 1 June 1954 Spencer and Frances Ruth Roche, the younger daughter of the 4th Baron Fermoy, wer… twitter.com/i/web/status/1…

Royal Guests included the Queen (the groom was her former equerry) and Duke of Edinburgh, Queen Mother (the mothers of both the bride and the groom were her ladies-in-waiting), Princess Margaret, the Duchess of Gloucester, the Duchess of Kent, the Princess Royal, and Princess Alexandra.

One thought on “Wedding of Viscount Althorp and the Hon. Frances Roche”