The Queen is hosting President Juan Manuel Santos and First Lady María Clemencia Rodríguez Múnera of Colombia on their 5-day State Visit to the United Kingdom. The President and First Lady attended the Official Welcome, before lunch with the Queen and tea at Clarence House.  In the evening, a State Banquet was held at Buckingham Palace.

President Juan Manuel Santos and First Lady María Clemencia Rodríguez Múnera of Colombia were welcomed at the Rosewood London Hotel by the Prince of Wales and the Duchess of Cornwall. They traveled to Horse Guard Parade, for the official welcome. The Duke of Edinburgh and President Juan Santos inspected troops, before the Queen and President traveled in the Diamond Jubilee State Coach to Buckingham Palace.

The Presidential couple had lunch with the Queen and Duke of Edinburgh before the Exchange of Official Gifts. They also viewed pieces of Colombian Art from the Royal Collection, including gifts given to members of the Royal Family on tours of Columbia. President Juan Santos was also shown letters exchanged between King George VI and Winston Churchill on the D-Day landings. In the afternoon, the President, First Lady, and their children had tea with the Prince of Wales and the Duchess of Cornwall at Clarence House. 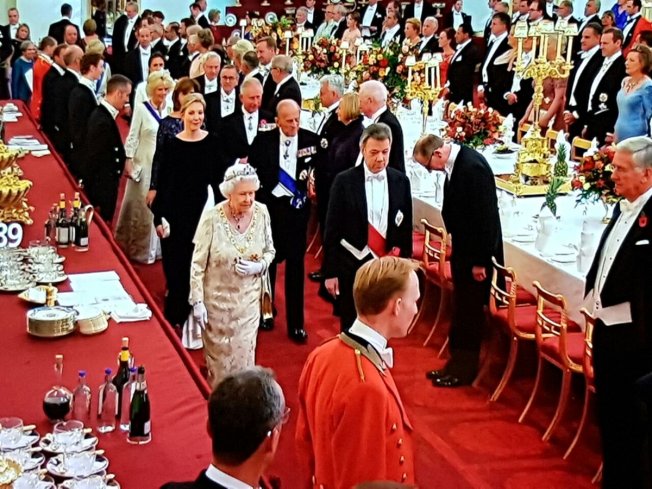 In the evening, a State Banquet was hosted by the Queen in honour of President Santos at Buckingham Palace. Before the Banquet, the Queen was pictured inspecting the table. The Presidential couple posed alongside the Queen and Duke of Edinburgh before processing into the State Ball Room. Both the President and the Queen gave speeches, which were followed by a a toast. The Prince of Wales, Duchess of Cornwall, Sir Timothy Laurence, Duke of Kent, Duke & Duchess of Gloucester,  and Princess Alexandra were also present. The children of the President and First Lady were also present. 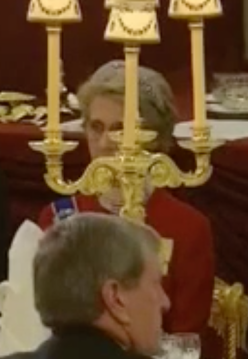 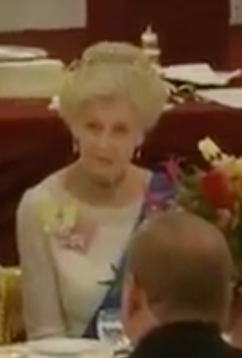 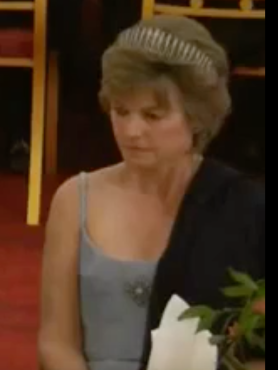 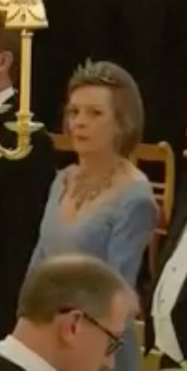 There were a few other ladies in Tiaras, including Natalia, Duchess of Westminster wearing Princess Mary’s Fringe Tiara. Another guest was Lady Charlotte Santo Domingo nee Wellesley, who wore a tiara from her mother’s family rather than the Wellington Tiara.