Today marks the 90th Anniversary of the Birth of Princess Soraya of Iran, who was born on this day in 1932! The Shah’s second wife who became an Actress after their forced divorce and was known as the ‘Princess with the sad eyes’, Princess Soraya possessed a magnificent jewellery collection, much of which she retained after her divorce, but also wore heirlooms from the Iranian Treasury, which included this Emerald Tiara! 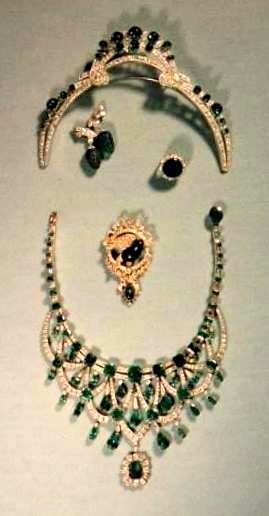 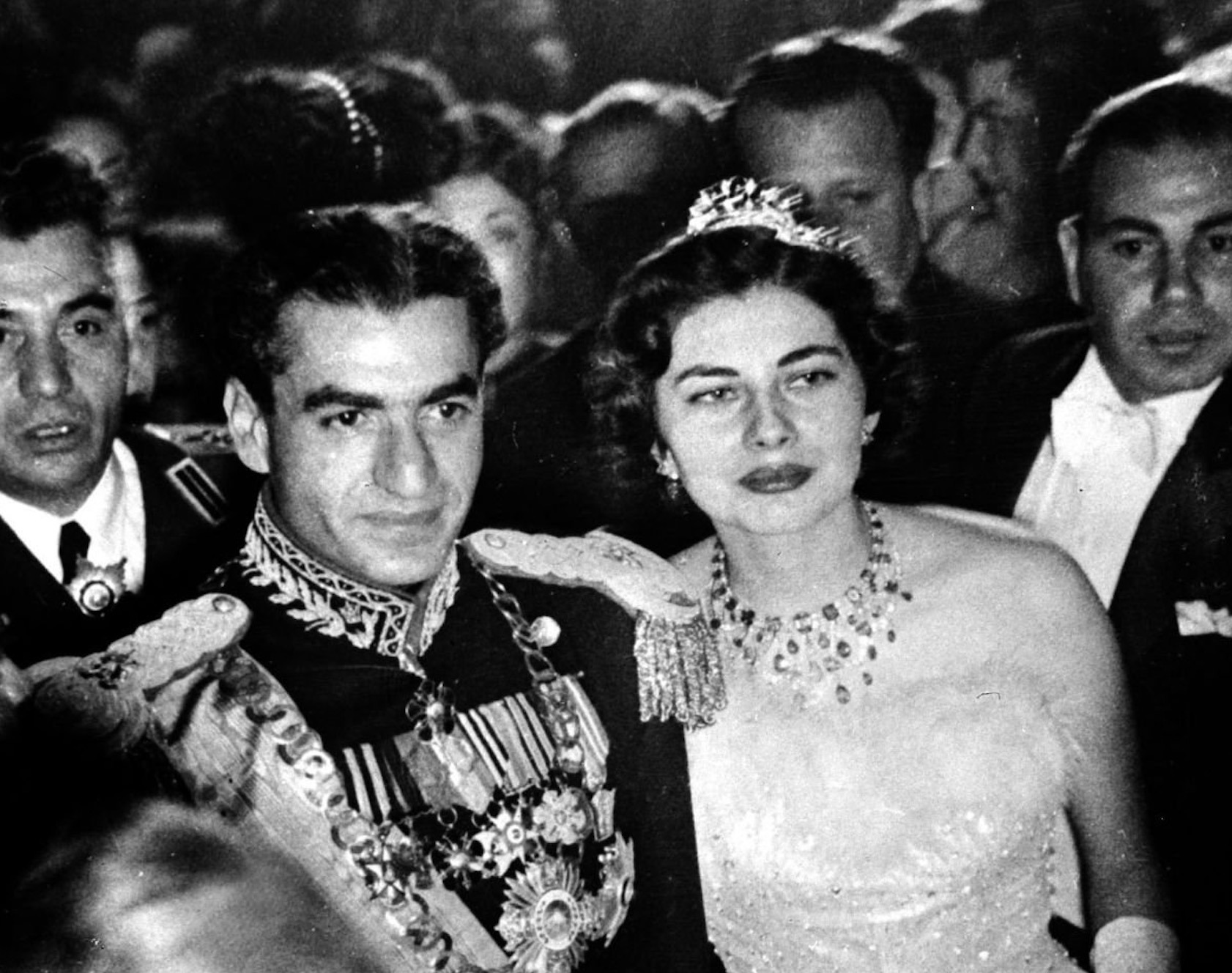 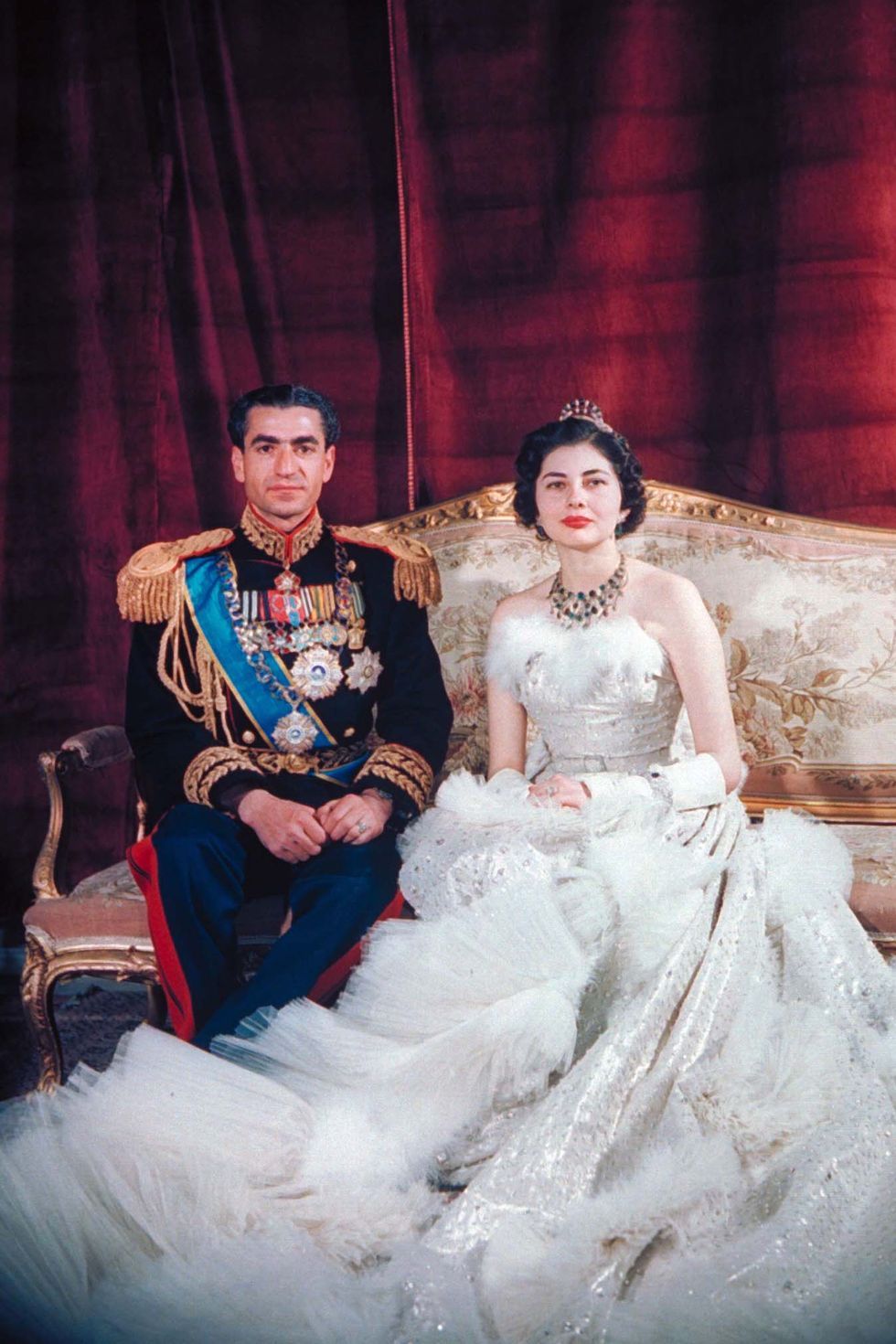 Around the time of the Wedding of the Shah of Iran and Soraya Esfandiary-Bakhtiari in 1951, a magnificent Parure was commissioned using Emeralds from the Iranian Royal Treasury, featuring a magnificent festoon necklace, a pair of earrings, a brooch and a small Tiara with cabochon emeralds, similar in style to Princess Grace’s Diamond Tiara and Princess Fawzia’s Van Cleef & Arpels Tiara, meaning that the maker may likely be Van Cleef & Arpels. The Tiara and Parure were first worn by Queen Soraya for her Wedding Reception at the Golestan Palace in Tehran . 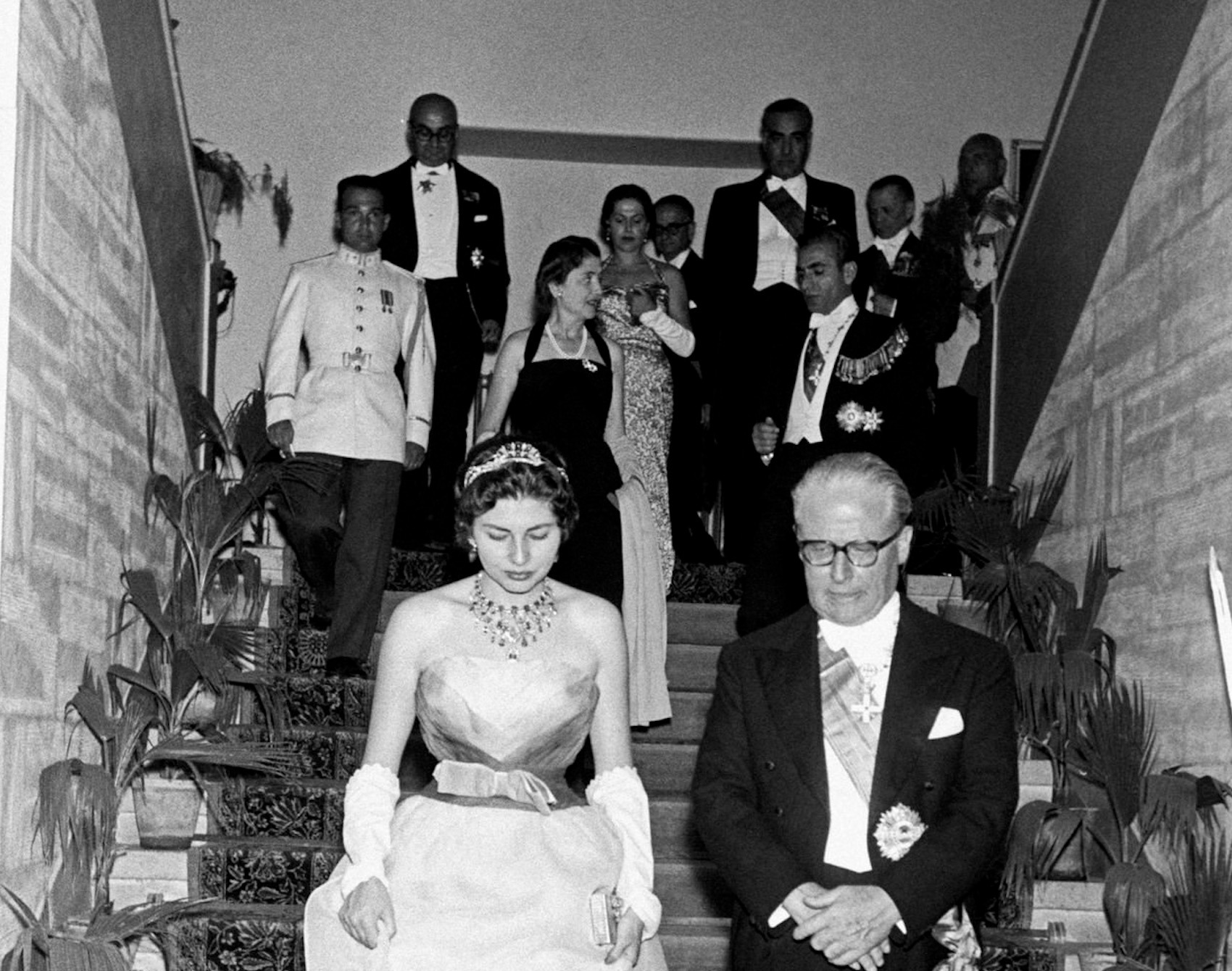 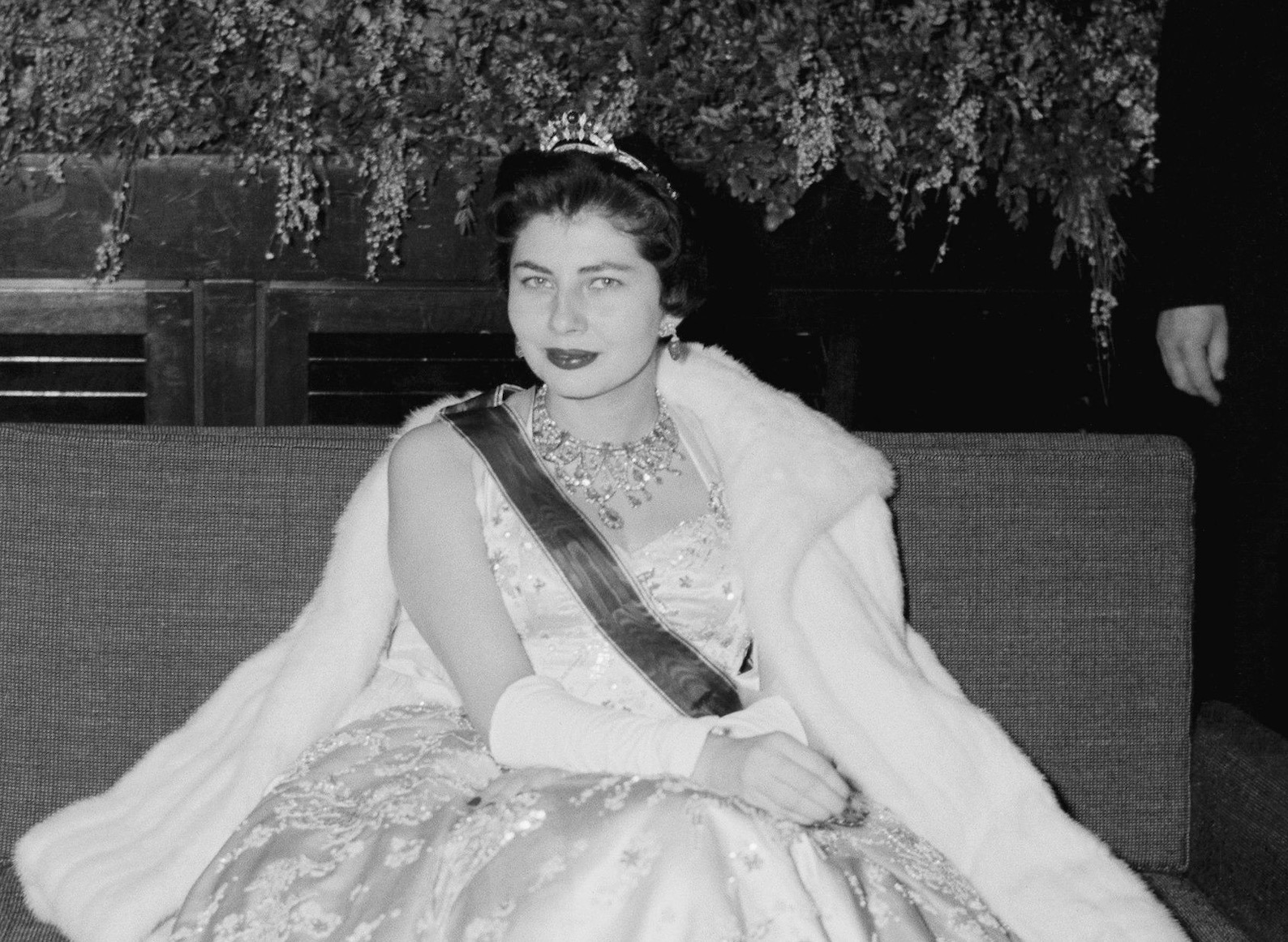 Queen Soraya often wore the Emerald Tiara at events after her wedding, including a State Visit to Germany in 1955, a Reception given by the Iranian Ambassador to Britain, at the Savoy Hotel in London in 1955, and a Banquet for the President of the Italian Republic Giovanni Gronchi in Tehran in 1957.

While Princess Soraya retained many jewels after her divorce, the Emerald Tiara and Suite remained in the Iranian Treasury, and was later worn by the Shah’s third wife, Empress Farah, for Queen Juliana’s Silver Anniversary Gala in 1962. 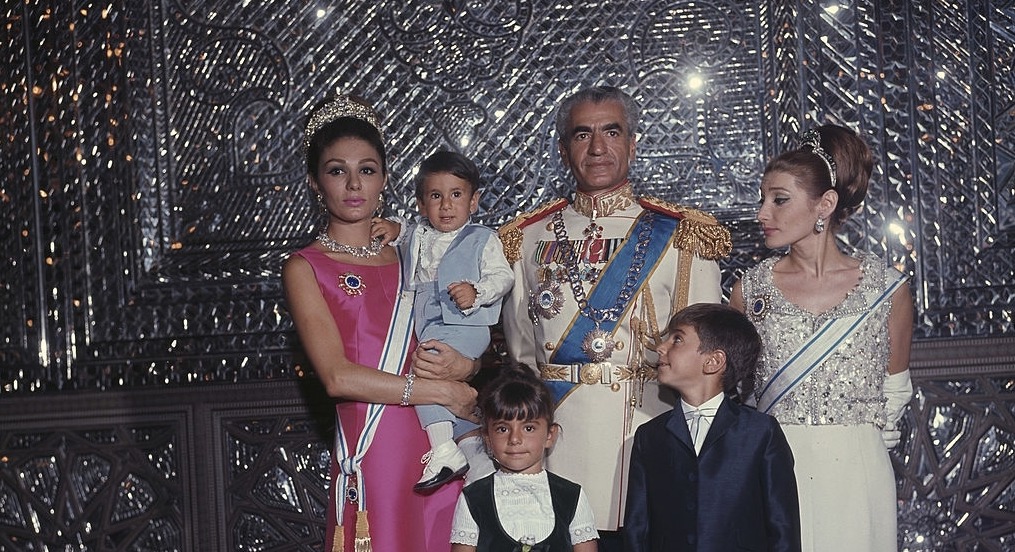 A few years later, the Emerald Tiara was worn by Empress Farah’s mother for the Shah’s magnificent Coronation in 1967, while Princess Shahnaz Pahlavi wore the Tiara for a series of portraits taken during the coronation festivities.

After the Iranian Revolution, the Emerald Tiara and Parure became the property of the Iranian State and is on display in the National Treasury of Iran of the Central Bank in Tehran, which is open to the public.