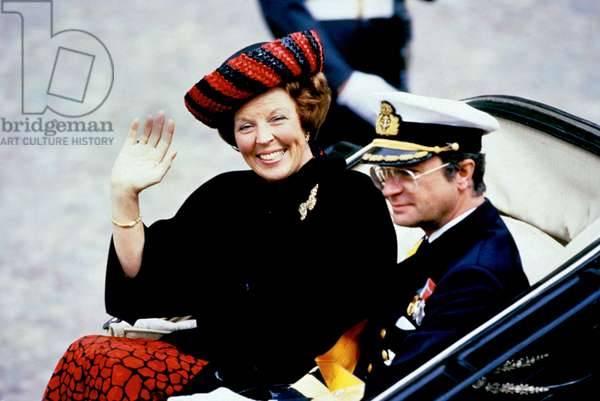 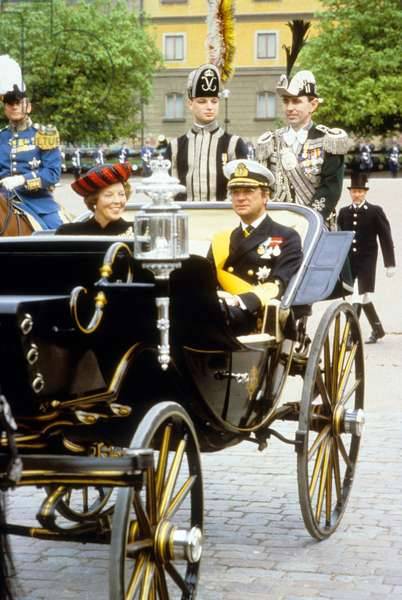 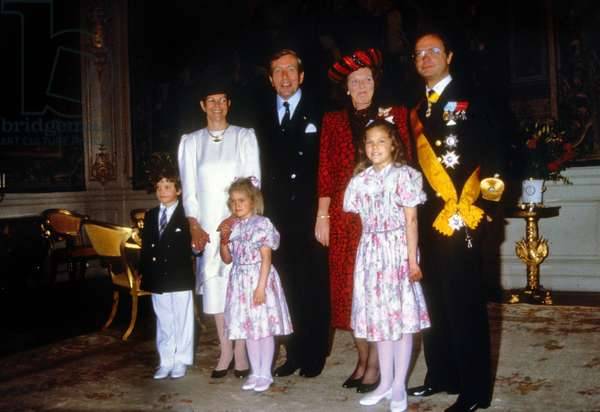 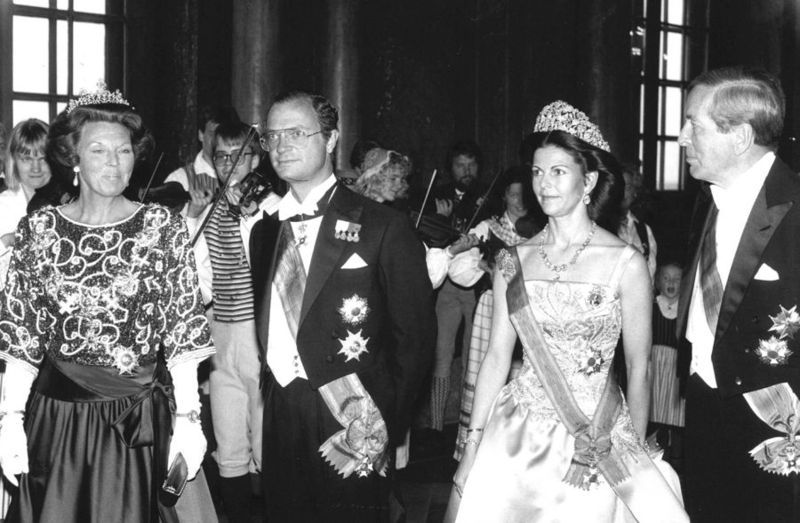 King Carl XVI Gustaf and Queen Silvia of Sweden hosted Queen Beatrix and Prince Claus of The Netherlands on their spectacular State Visit to Sweden on this day in 1987, which came exactly 30 years after the State Visit of her parents, Queen Juliana. The highlight was the State Banquet hosted by the Swedish King and Queen (in the Braganza Tiara) in honour of Queen Beatrix (wearing the Württemberg Ornate Pearl Tiara) and Prince Claus at the Royal Palace of Stockholm. 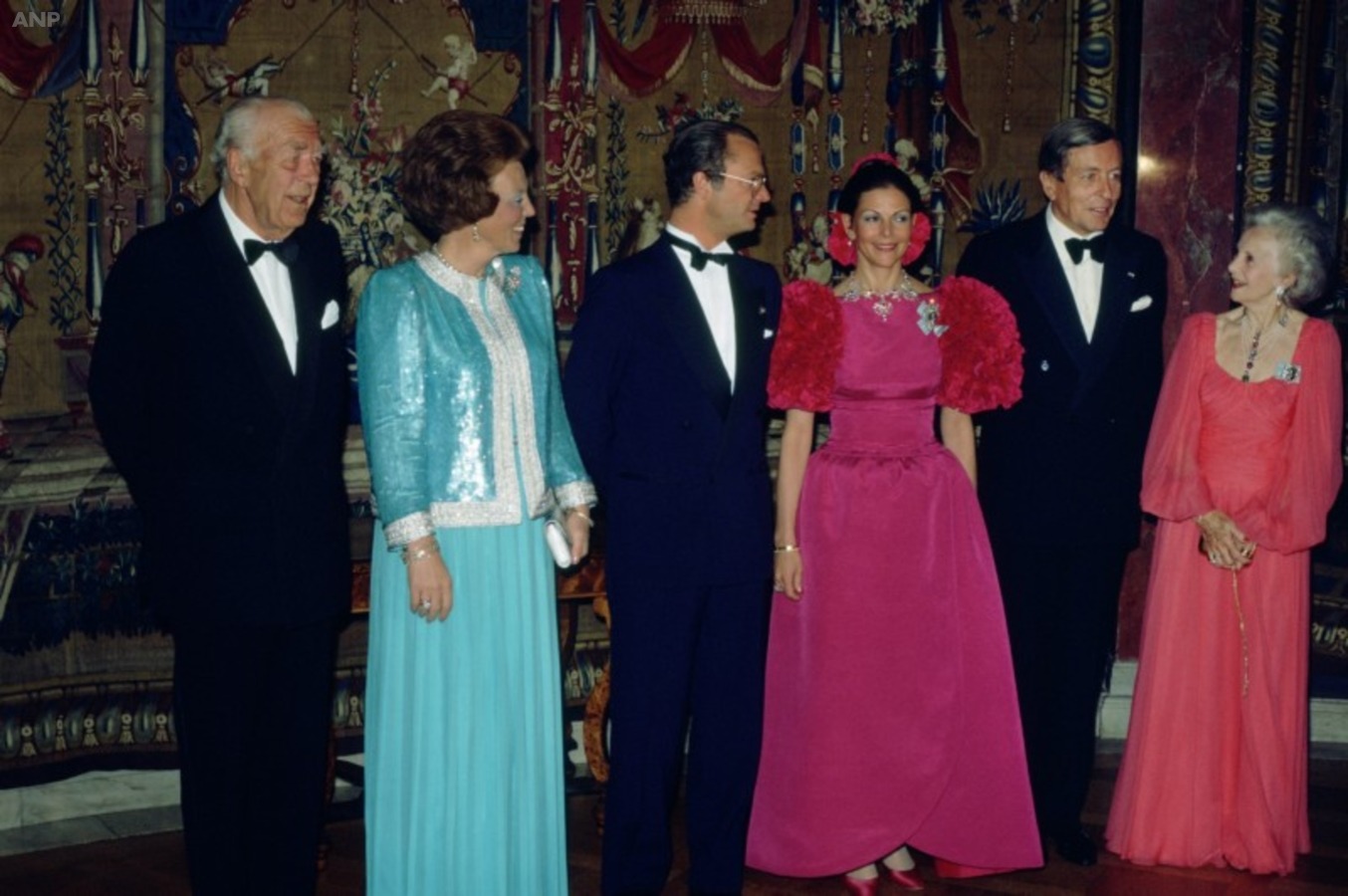 There was also a Return Gala hosted by the Queen and Prince in honour of the Swedish King and Queen (wearing the King Edward VII Ruby Necklace), Prince Bertil, and Princess Lilian (in Crown Princess Margareta’s Egyptian Necklace). King Carl XVI Gustaf and Queen Silvia had undertaken a State Visit to The Netherlands in 1976, visiting again in 2009 and 2014.

One thought on “Dutch State Visit to Sweden, 1987”