Happy Birthday to the Duchess of Oldenburg, who turns 60 today! Born Countess Caroline zu Rantzau, she married the Duke of Oldenburg, Head of the House of Oldenburg, in 1987. The couple have four children and reside at Güldenstein Manor and at Schloss Rastede. To mark the day, we are featuring the splendid Oldenburg Star Tiara! 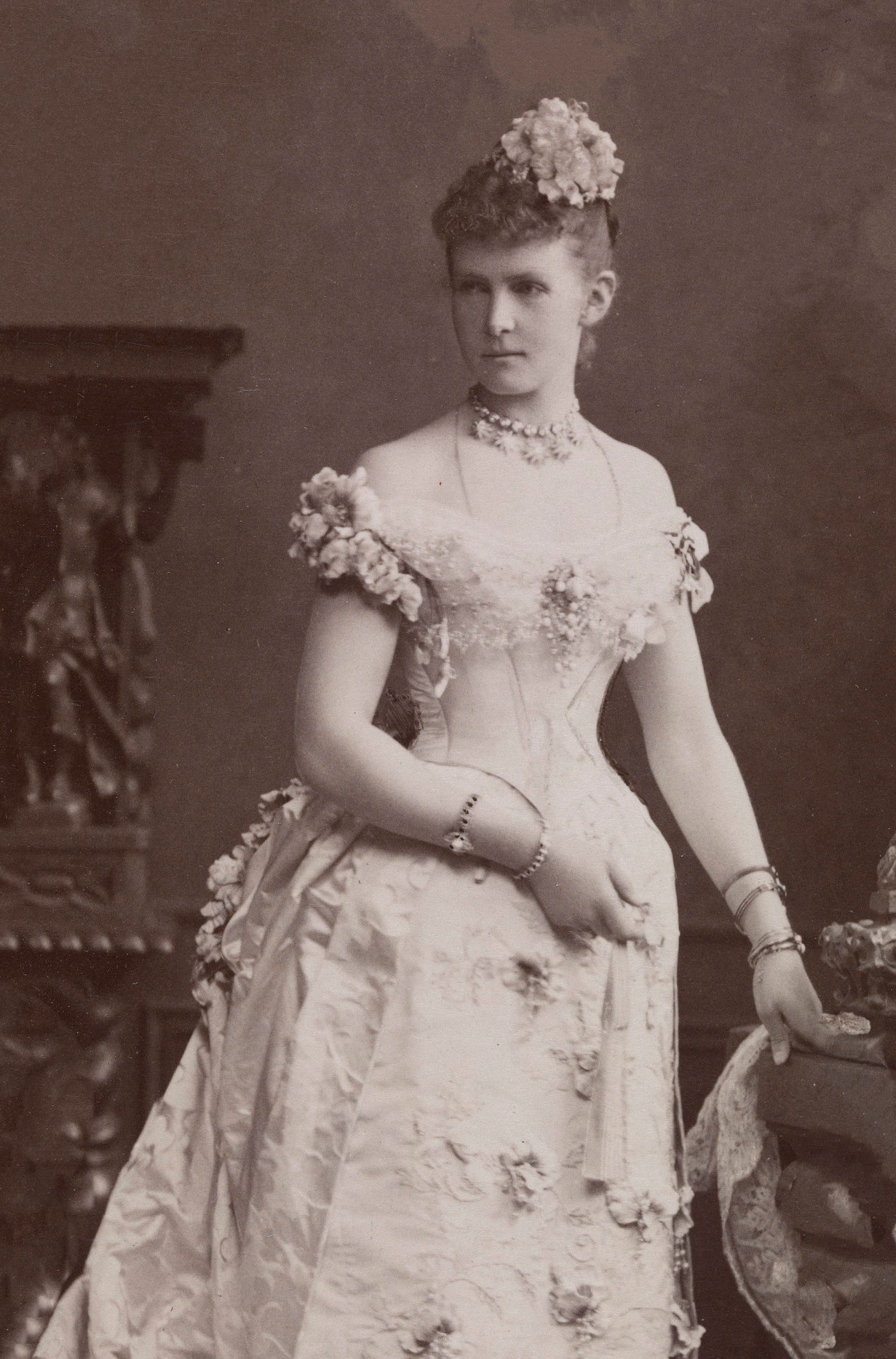 Composed of thirteen diamond stars, the Tiara was originally a Star Tiara given as a Wedding Gift from the Emperor and Empress of Germany to their cousin, Princess Elisabeth Anna, when she married the Hereditary Grand Duke Friedrich August of Oldenburg in 1878. The Stars could be worn as a necklace or brooches, like when Princess Elisabeth Anna wore the stars suspended from a Diamond Riviere. 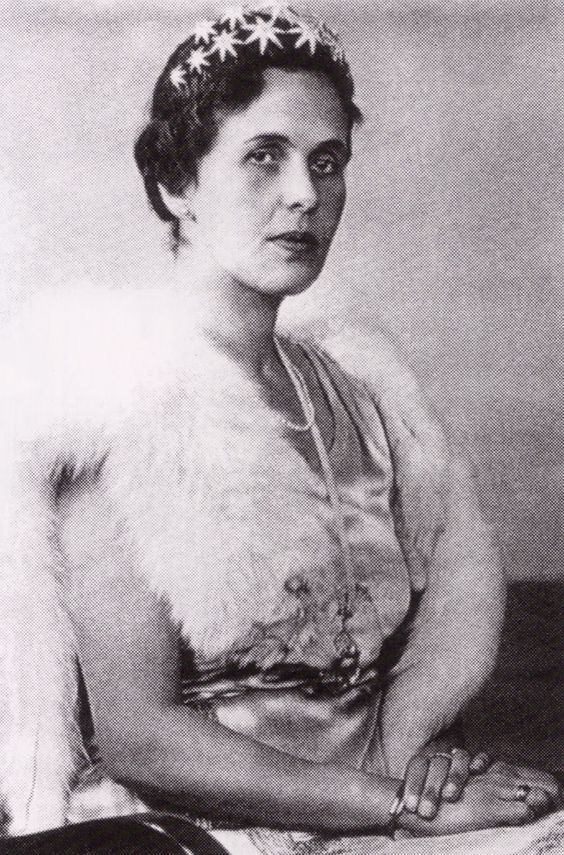 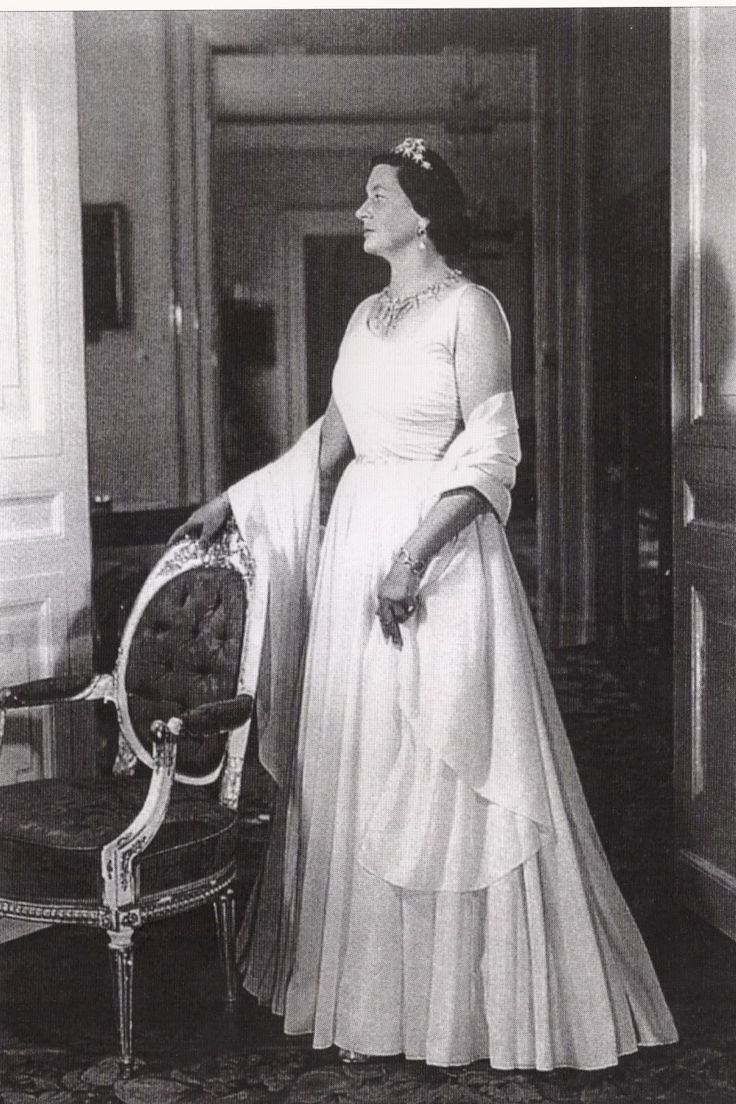 The Diamond Stars remained an Heirloom of the Grand Ducal Family after the death of Hereditary Grand Duchess Elisabeth Anna in 1895, being worn by Princess Helena, the Hereditary Grand Duchess of Oldenburg, wife of Grand Duke Frederick Augustus II’s son from his second wife, for a series of portraits taken in the 1930s and also in the 1940s, in a two-row configuration. The Tiara was also worn by her husband’s second wife, Hereditary Grand Duchess Anne Marie, most notably for a Ball when his son, Duke Friedrich August of Oldenburg, married Princess Marie Cécile of Prussia in 1965. The Star Tiara has also been worn by a series of family brides through the decades. 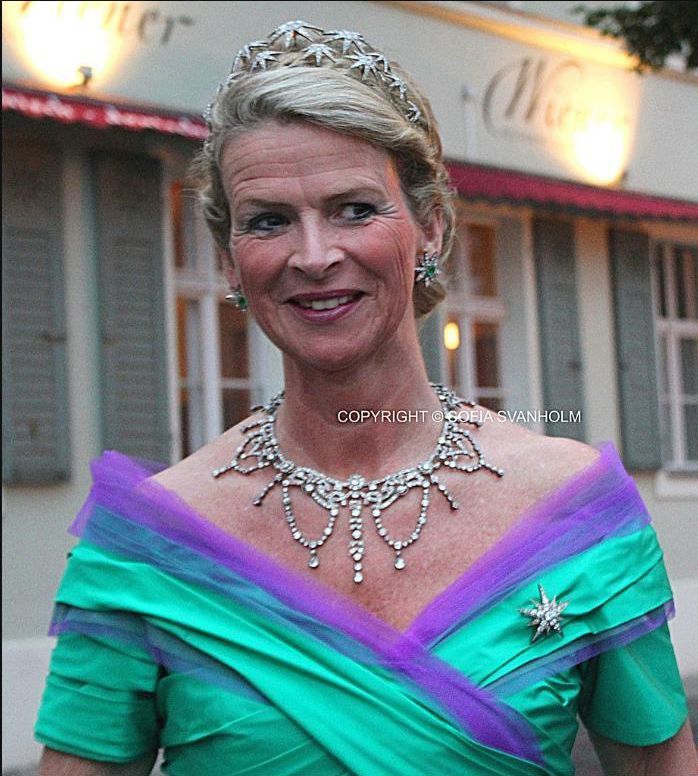 The Duchess of Oldenburg wearing the Oldenburg Star Tiara at the Wedding of Count Constantin Fugger von Babenhausen… twitter.com/i/web/status/1…

The current Duchess has been pictured wearing the Star Tiara on two occasions in recent years, for the Wedding Ball of the Prince of Prussia and Princess Sophie of Isenburg in Potsdam in 2011 as well as for the Wedding of Count Constantin Fugger von Babenhausen and Princess Sophie zu Löwenstein-Wertheim-Freudenberg in Wertheim in 2017. There is no doubt we will continue to see this splendid Heirloom for years to come!