Today marks the Centenary of the Birth of the late Princess Gina of Liechtenstein, born Countess Georgina von Wilczek and the the mother of Prince Hans Adam II of Liechtenstein, who was born on this day in 1921! The Austrian Countess who was the beloved Princess Consort of the small Alpine Principality for much of the tumultuous 20th century, to mark the anniversary, we are featuring Princess Gina’s Diamond Earrings!

Consisting of a pear-shaped diamond ringed by two rows of diamonds, suspended from a collet diamond, these Diamond Earrings have an unknown provenance, but may originate from the Princely Family, the House of Habsburg or the Wilczek or Kinsky von Wchinitz und Tettau Families. It appears to have been a wedding gift to Countess Georgina von Wilczek which she wore for the first time for her Wedding to Prince Franz Joseph II at the Cathedral of St. Florin in Vaduz in 1943, the first time that the wedding of a ruling Prince had taken place in Liechtenstein instead of Vienna, which was then under Nazi Occupation. 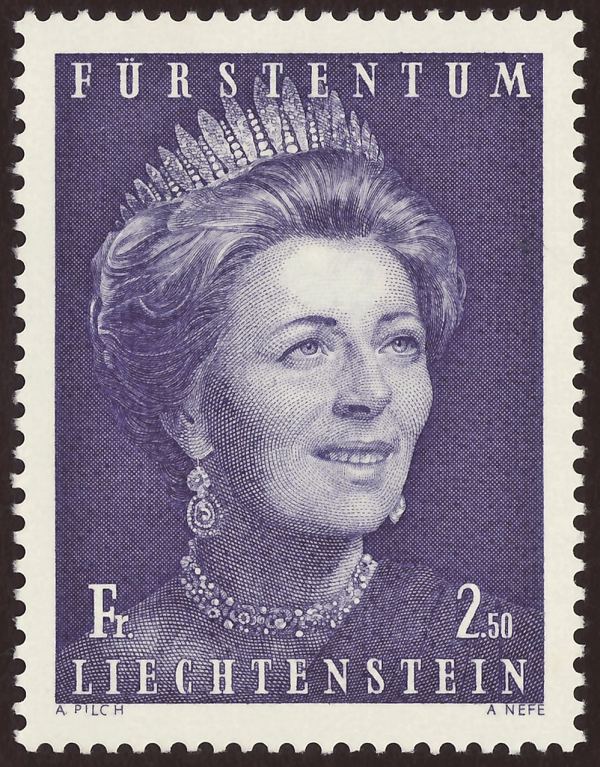 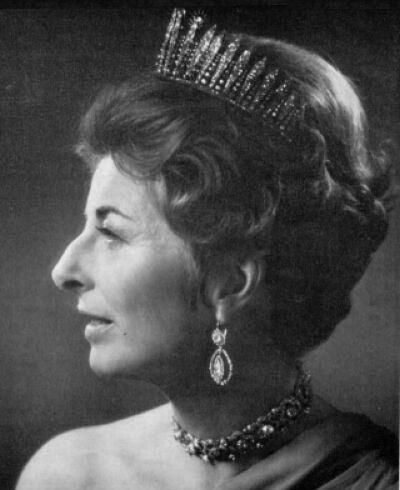 The Diamond Earrings were among Princess Gina’s most worn jewels, often paired with Hapsburg Fringe Tiara, her Diamond Choker, and a Diamond Fleur-de-Lys Brooch with notable appearences including a series of Portraits in the 1950s and 60s, that also featured on stamps, the Wedding of Prince Juan Carlos of Spain and Princess Sofia of Greece in 1962 and the Wedding Ball of King Constantine II of Greece and Princess Anne Marie of Denmark in 1964.

Princess Gina also wore the earrings at the Shah of Iran and Empress Farah’s spectacular Banquet celebrating the 2500th Anniversary of the Persian Empire at Persepolis in 1971 as well as at the Wedding Ball of Princess Marie Antoinette von Fürstenberg and Count Johannes of Schoenborn Wiesentheid in 1977.