The Duke and Duchess of York were initiated into the fraternity of the Gorsedd of the Bards by the Archdruid Howell Elvet Lewis in a Druidic Ceremony at the Royal Welsh National Eisteddfod in Swansea on this day in 1926. The Gorsedd is a society of Welsh-language poets, writers, musicians and others who have contributed to the Welsh language and to public life in Wales and the Eisteddfod is a festival with ranked competitions of Welsh poetry and music. Their daughter, Princess Elizabeth, was initiated into the Mystic Circle of the Bards almost exactly 20 years later, in 1946. 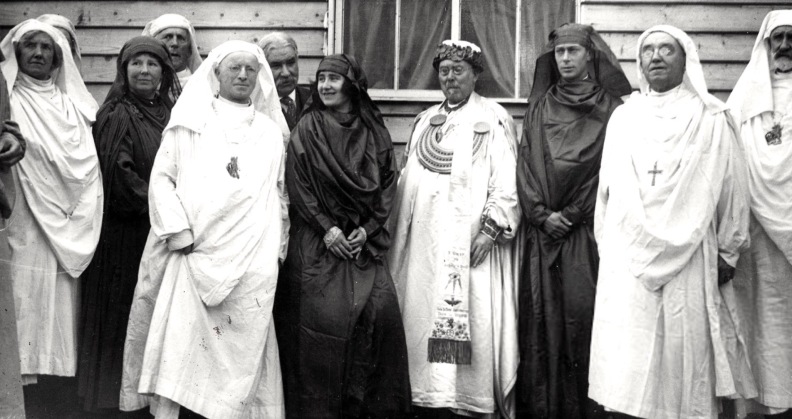 One thought on “Duke and Duchess of York’s Bard Initiation, 1926”