Crown Prince Frederik and Crown Princess Mary of Denmark hosted Dinner at Frederik VIII’s Mansion at Amalienborg Palace in Copenhagen on the evening of June 3rd, to mark the 100th anniversary of diplomatic relations between Denmark and Estonia, Latvia and Lithuania. In 1921, Denmark officially acknowledged Estonia, Latvia and Lithuania and established diplomatic relations with the Baltic countries. This year also marks the 30th year for the reestablishment of diplomatic relations after the Baltic countries secession from the Soviet Union in 1991. The double anniversary year is marked at the Baltic Conference in Copenhagen, which is being held  in collaboration with the Foreign Political Company and the Danish Cultural Institute. Tomorrow, the Crown Prince will give a speech at the conference, which focuses on the four countries’ common history and future cooperation. The Crown Prince Couple visited Latvia in 2018. 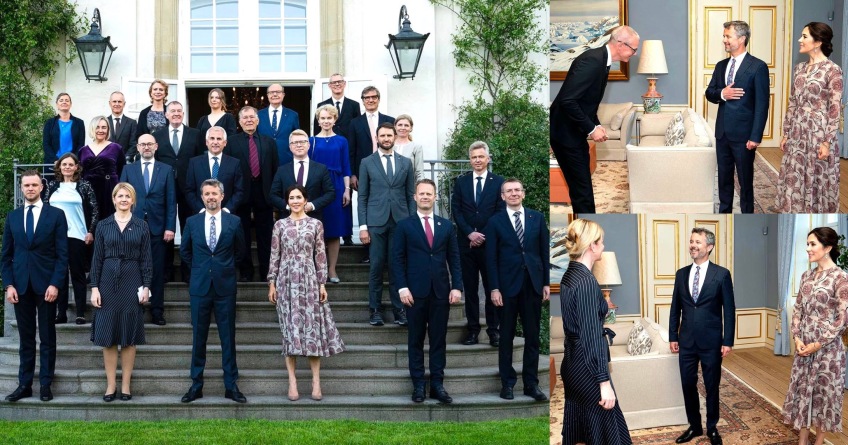 5 thoughts on “Dinner at Amalienborg Palace”