Today marks the Anniversary of the Birth of Princess Buppha Devi of Cambodia, who was born on this day in 1943! The daughter of King Norodom Sihanouk of Cambodia and Neak Moneang Phat Kanhol, Princess Buppha Devi studied at the Lycée Preah Norodom in Phnom Penh, and encouraged by her grandmother, Queen Sisowath Kossamak, she became the premier dancer of the Royal Ballet of Cambodia at the age of 15. She toured the world as the principal dancer of the Royal Ballet with Queen Kossamak and King Norodom Sihanouk, performing for dignitaries. Princess Buppha Devi married four times and had a total of five children. After being exiled and narrowly escaping execution, following her father’s return to Cambodia, Princess Buppha Devi served as Deputy Minister of Culture and Fine Arts, and also served as the Vice President of the Cambodian Red Cross, President of the Cambodian-Chinese Association, and the Minister of Culture and Fine Arts. The Princess was also instrumental in reviving the Royal Cambodian Ballet, after decades of neglect during the Khmer Rouge. Princess Buppha Devi passed away in Bangkok after a short illness in 2018. 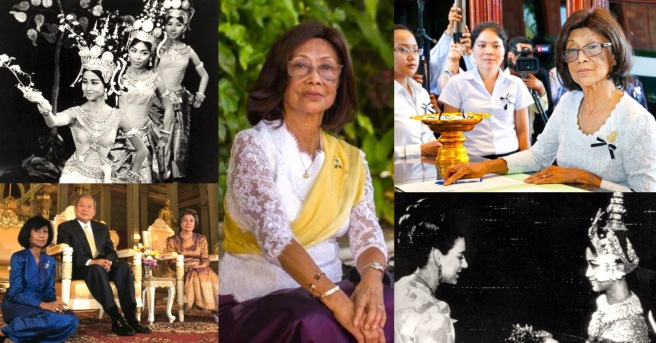