Today is the centenary of the funeral of Crown Princess Margareta of Sweden, a granddaughter of Queen Victoria. Be… twitter.com/i/web/status/1…

The Funeral of Crown Princess Margareta of Sweden at the Storkyrkan in Stockholm on this day in 1920, following her tragic death while pregnant with her sixth child, with the Swedish Prime Minister saying: ‘the ray of sunshine at the Royal Palace of Stockholm has gone out’. The coffin was followed by her husband and five children to the Service, which was followed by the the burial in the Kungliga begravningsplatsen (Royal Cemetery) in Haga Park, where she was joined by Queen Louise in 1965 and King Gustaf VI Adolf in 1973. Royal Guests included King Christian X of Denmark and King Haakon VII of Norway, but only her siblings, Prince Arthur and Lady Patricia were present, while the rest of the British Royal Family attended a Service at St. James’ Palace in London the same day. 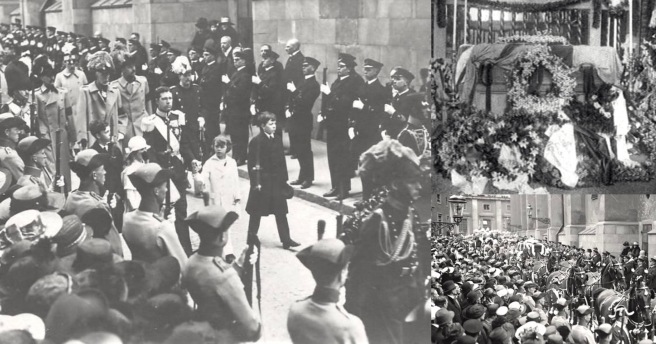