Today marks the 150th Anniversary of the Birth of Tsarina Alexandra Feodorovna of Russia, who was born not his day in 1872! Queen Victoria’s Hessen Granddaughter who became the tragic last Empress of Russia, the Tsarina possessed a splendid personal jewellery collection as well as a spectacular collection of jewels from the Imperial Vaults, which included this massive Pearl Drop Tiara!

A post shared by Jewelry Of The Romanovs (@russian_treasure)

Referred to as the Diadem of Ancient Pearls in the Imperial Family, the tiara is one of the most imposing pieces in a collection full of imposing pieces. Made in the early 19th century, it is composed of 424 Brazilian diamonds, the largest of which was heart-shaped diamond weighing 10 carats, and ancient pearls, with a graduated top line and a center row of dangling pearl drops, and quite a versatile piece, being able to be worn in multiple configurations, quite likely made by the House of Bolin, the Russian Imperial Jeweller. 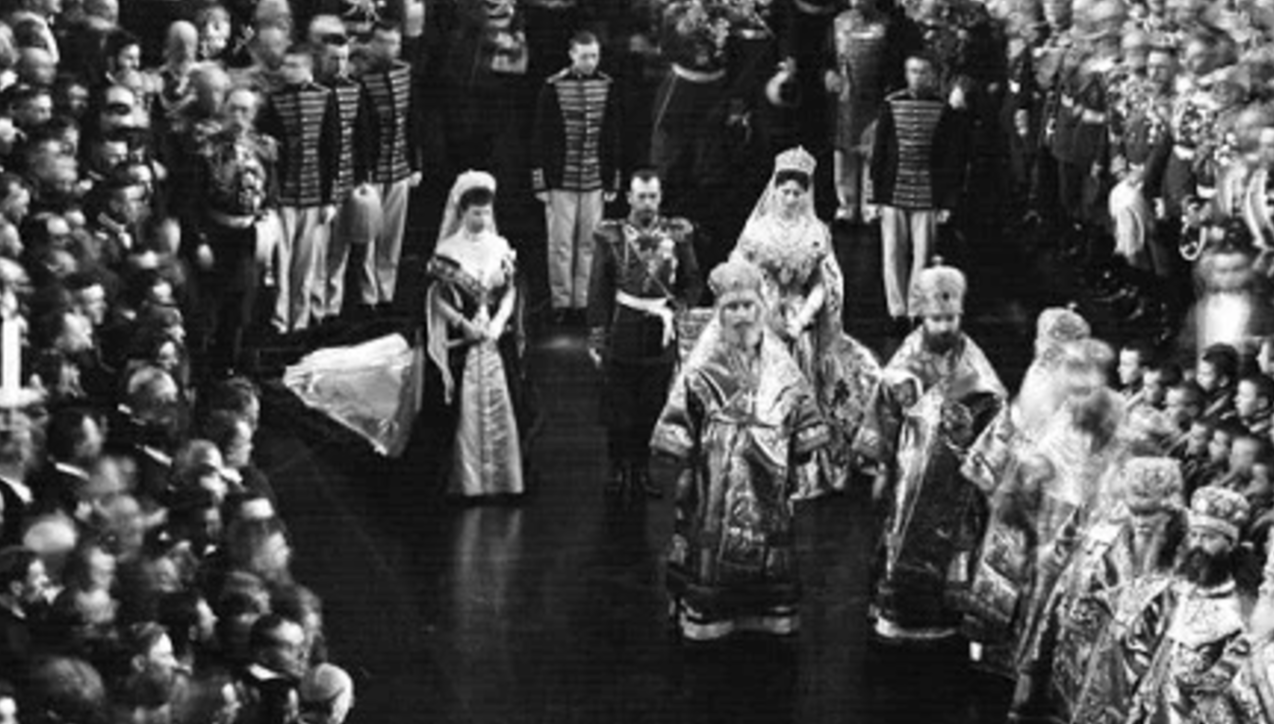 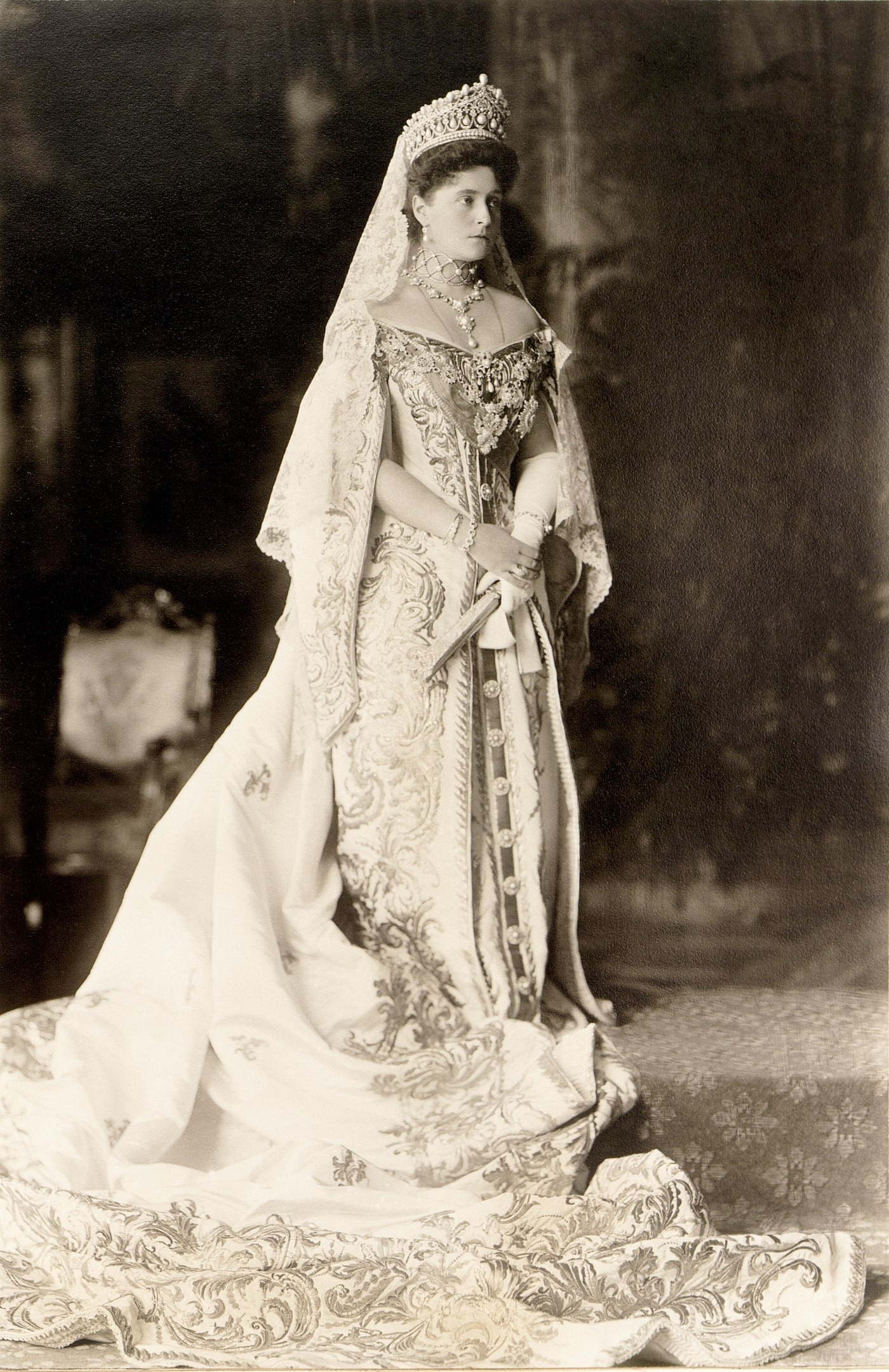 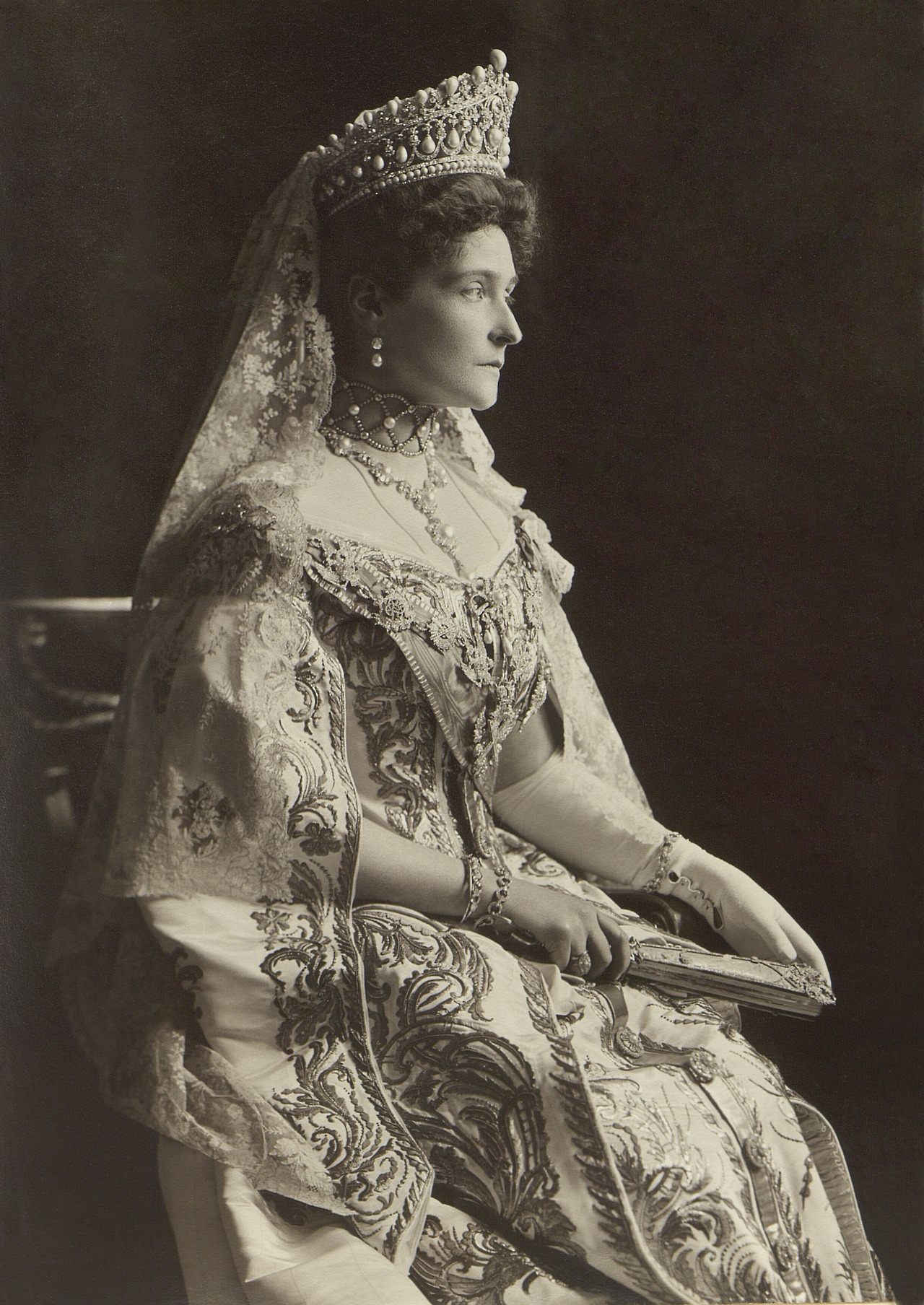 The ‘Diadem of Ancient Pearls’ is referred to as a favourite of Tsarina Alexandra Feodorovna as she was the only Empress ever pictured in the piece, and that too multiple times, though most of those images were taken on the same day, the day of the Opening of the very first Russian State Duma in 1906 in the Winter Palace.

Tsarina Alexandra Feodorovna was also pictured wearing the Pearl Drop Tiara for a portrait by Nikolay Bodarevsky painted the following year, in 1907, which seems to be based on the portraits from the Duma Opening, though without the ornate necklaces. 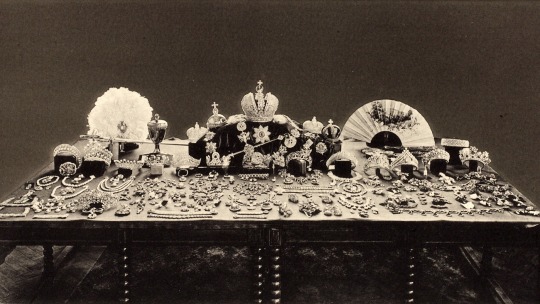 As property of the Imperial Treasury, the ‘Diadem of Ancient Pearls’ was not among the Jewels taken by the Imperial Family into exile, and was instead left in St. Petersburg. In 1922, the Tiara was photographed for the Soviets, but since then it has disappeared without a trace. It may have been broken up and sold separately or the tiara may be one of the pieces still in the vaults of the Kremlin.