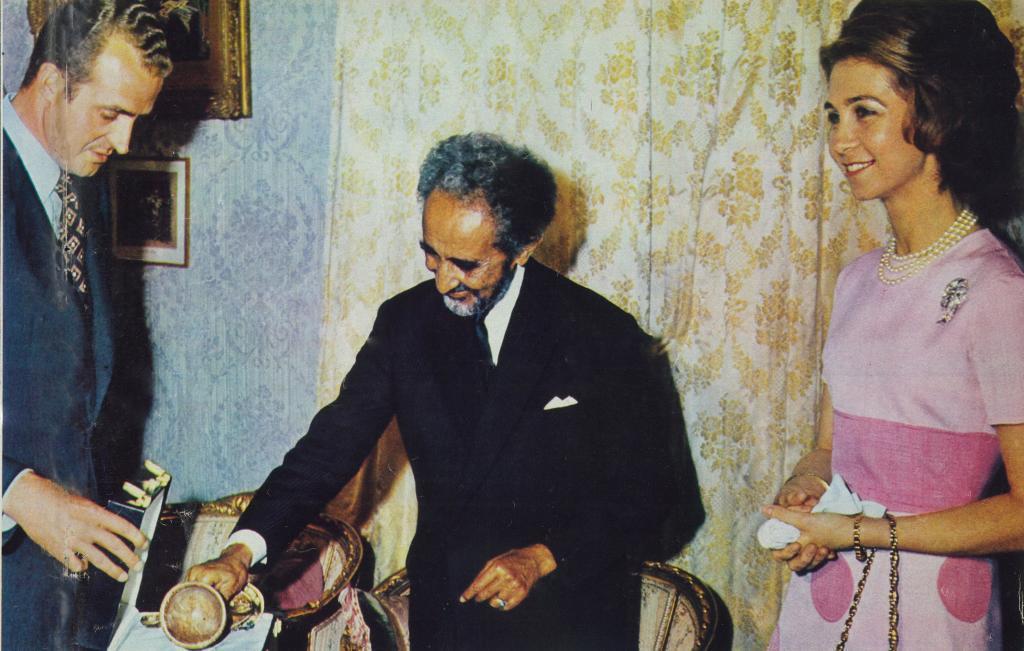 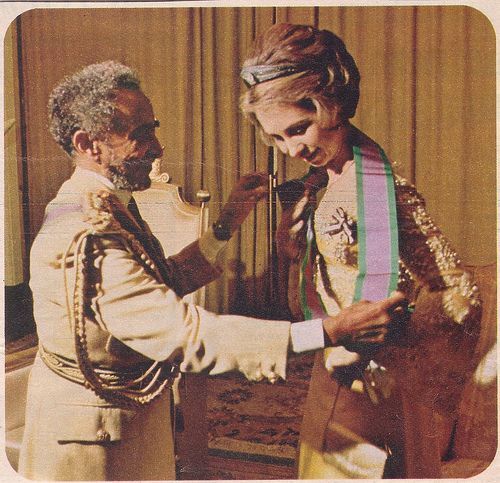 Emperor Haile Selassie of Ethiopia hosted Prince Juan Carlos and Princess Sofia of Spain, then the Heirs of Fascist Dictator General Franco and later the King and Queen of Spain, on their visit to the Empire of Ethiopia on this day in 1972, 50 years ago, their second such visit in the preceding years. The Prince and Princess were greeted by the Emperor and Crown Prince Merid Azmatch Asfa Wossen , before the Emperor hosted a State Banquet in honour of Prince Juan Carlos and Princess Sofia (wearing the Prussian Diamond Tiara with her Wedding Suite)  at the Jubilee Palace in Addis Ababa, where the Emperor gave a speech and presented the Order of the Seal of Solomon to the Prince, while the Princess was given the Order of the Queen of Sheba by the Emperor himself. 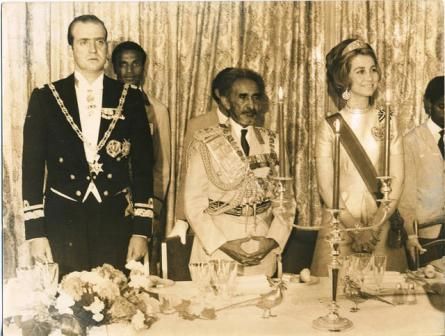 The following day, the Prince and Princess attended ceremonies marking Victory Day, before visiting Africa hall, the headquarters of the United Nations Economic Commission for Africa, and lunching with the Ethiopian Crown Prince. That evening, Prince Juan Carlos and Princess Sofia (wearing the Prussian Diamond Tiara) hosted a Return Banquet for the Emperor and members of the Imperial Family at the Spanish Embassy in Addis Ababa. The Prince then left for a private hunting trip in south-eastern Ethiopia, while the Princess visited a number of historic sites.

Order of the Seal of Solomon

One thought on “Prince Juan Carlos and Princess Sofia in Ethiopia, 1972 ”