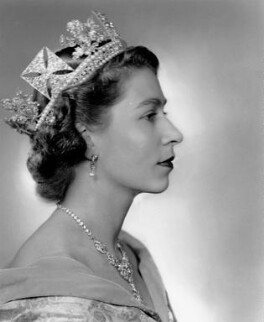 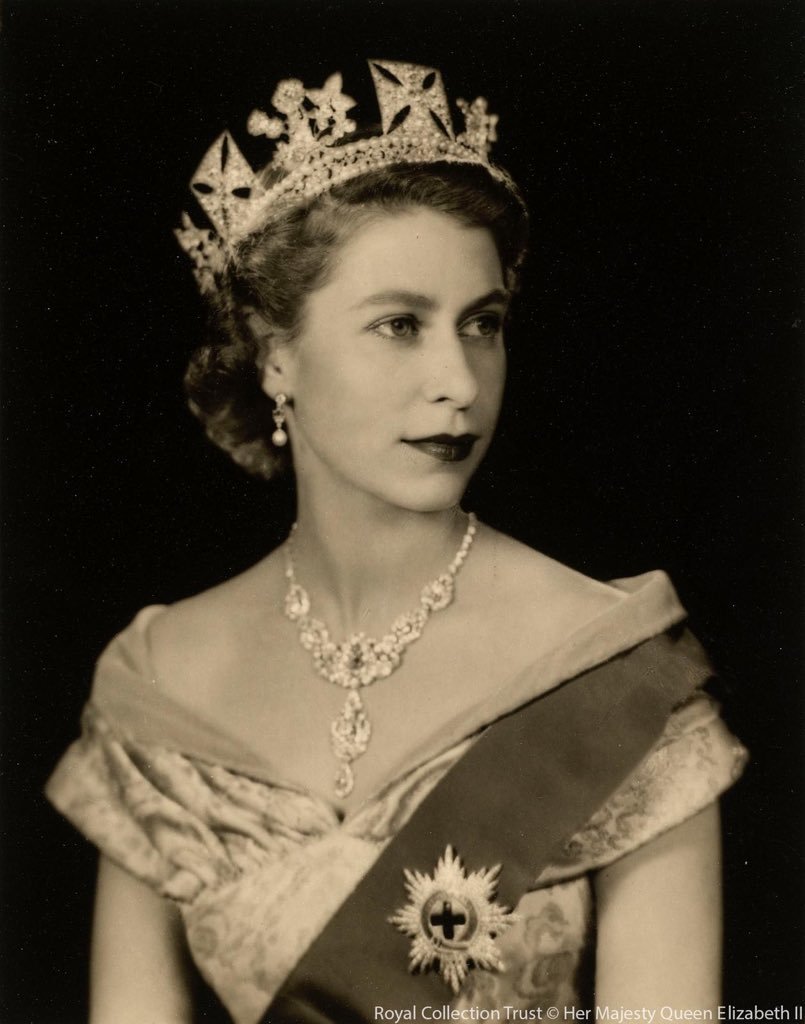 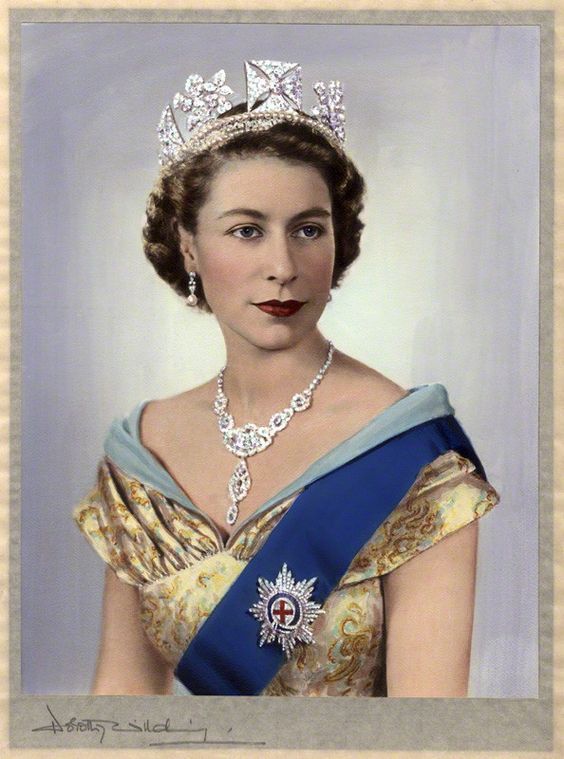 𝟏𝟗𝟓𝟐: Just twenty days after The Queen’s Accession to the throne, Her Majesty sat for her first official photograph… twitter.com/i/web/status/1… 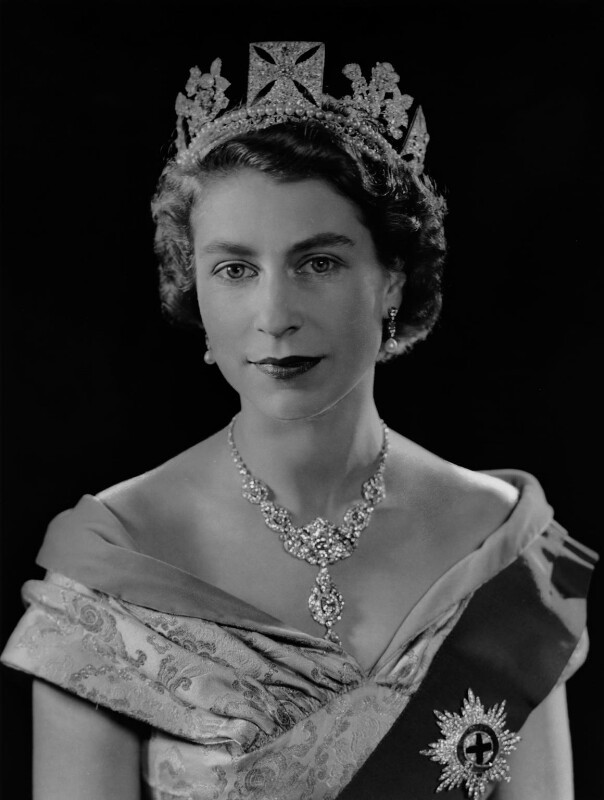 Two months after her Accession to the Throne, Queen Elizabeth II (wearing a Norman Hartnell Gown with the George IV State Diadem with the Nizam of Hyderabad Necklace, Bahrain Pearl Earrings, and Wedding Gift Bracelet as well as the Order of the Garter) posed for a series of portraits in a sitting for the society photographer Dorothy Wilding on this day in 1952, with a total of fifty-nine photographs taken by the time of this second sitting in April, which followed the initial sitting in February. The portraits were the basis of the Queen’s image on coins and postage stamps from 1952 to this day, in Britain and around the Commonwealth, as well as providing the official portrait of the Queen sent to government buildings and every British and Commonwealth embassy throughout the world.