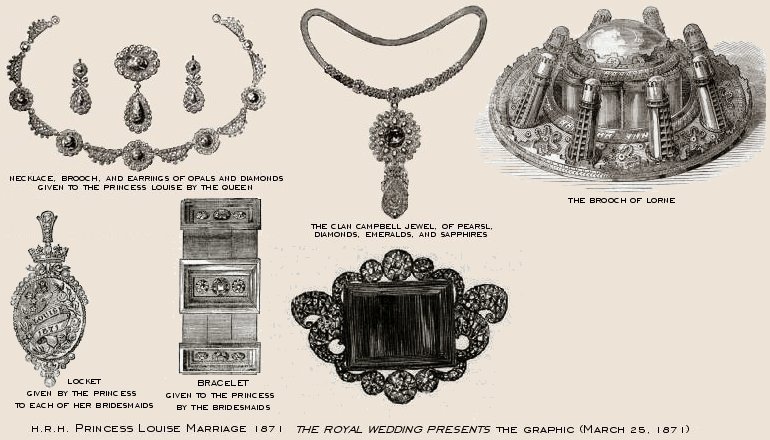 Princess Louise received this Emerald and Diamond Brooch as a wedding gift from her mother, Queen Victoria, for her marriage to the Marquess of Lorne, heir to the Dukedom of Argyll, in 1873. However, Princess Louise was not photographed wearing the Brooch thought her long life, but it remained in her possession until her death in 1939.

Princess Louise had no children, and after her death, the Emerald and Diamond Brooch was inherited by her great-nephew, Prince George, Duke of Kent, along with Princess Louise’s Daisy Brooches and reportedly the Kent Festoon Tiara. The Brooch was worn by Princess Marina, Duchess of Kent on a couple of occasions through the 1960s, with one of the Vladimir Pearls as a pendant. 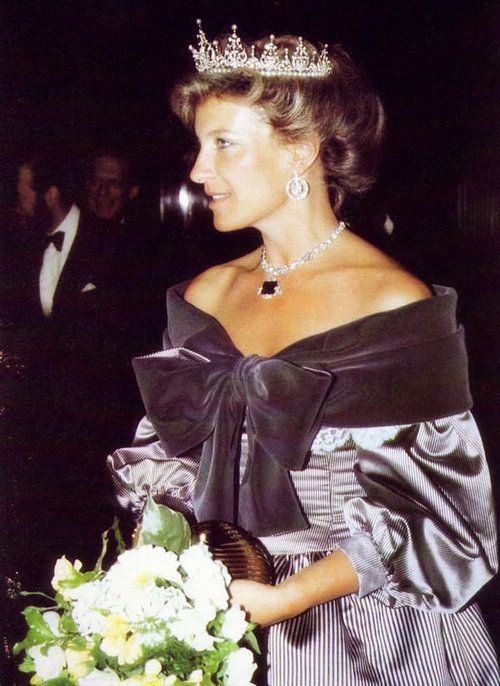 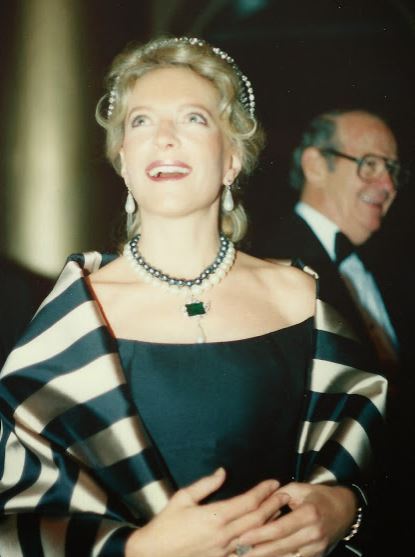 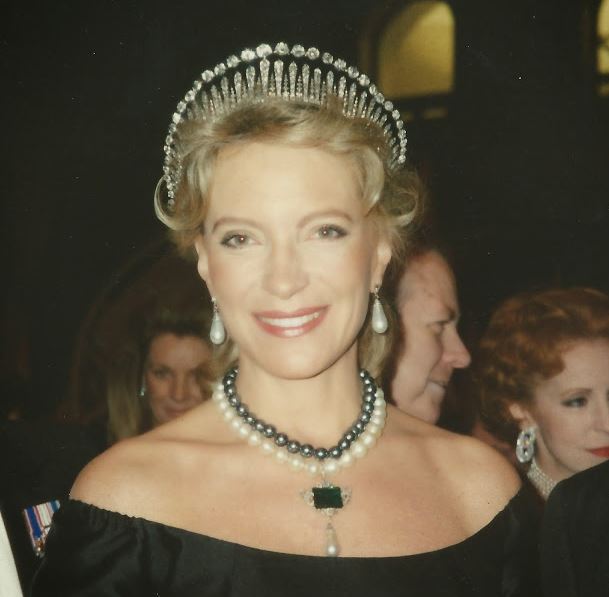 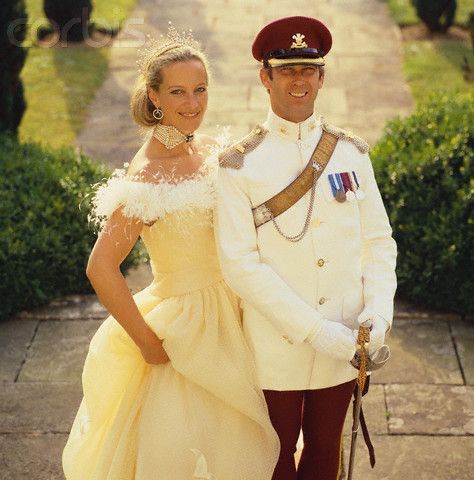 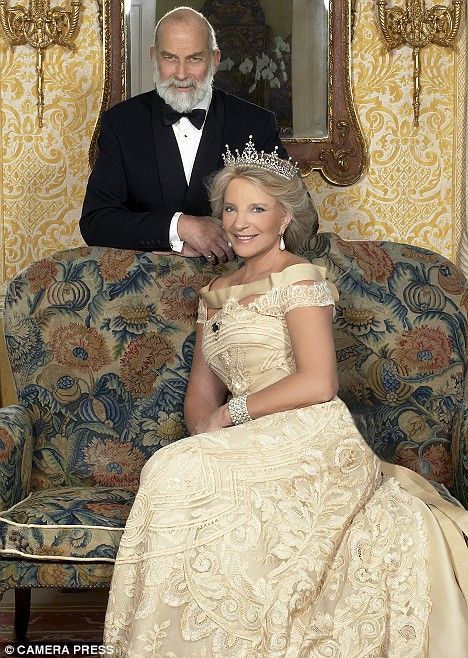 After Princess Marina’s death in 1968, the Emerald Brooch was inherited by her younger son, Prince Michael, and has been worn in a variety of versatile ways by his wife, Princess Michael, as a Brooch, a Pendant, and even the clasp of a Choker, both with and without the Vladimir Pearls andalso with an emerald pendant, for daytime and evening events.  Notable appearences included Wedding of Lord Romsey in 1979, the French State Visit to Britain in 2008, and most recently, the Queen’s 90th Birthday Thanksgiving Service in 2016. There is no doubt we will continue to see Princess Louise’s Emerald Brooch for years to come!