The Wedding of Princess Louise (wearing her Daisy Brooches), the sixth child of Queen Victoria (wearing her Sapphire Coronet) and Prince Albert, and the Marquess of Lorne, the heir of the Duke of Argyll, at St George’s Chapel, Windsor Castle in on this day in 1871, the first instance that a daughter of a monarch had been given official recognition to marry a British subject since 1515. The couple had no children, and served as the Governor General and Viceregal Consort of Canada, before succeeding to the Dukedom in 1900. Princess Louise was widowed in 1914 and passed away in 1939.

Queen Victoria wrote of the marriage:

Times have changed; great foreign alliances are looked on as causes of trouble and anxiety, and are of no good. As to position, I see no difficulty whatsoever; Louise remains what she is, and her husband keeps his rank…? 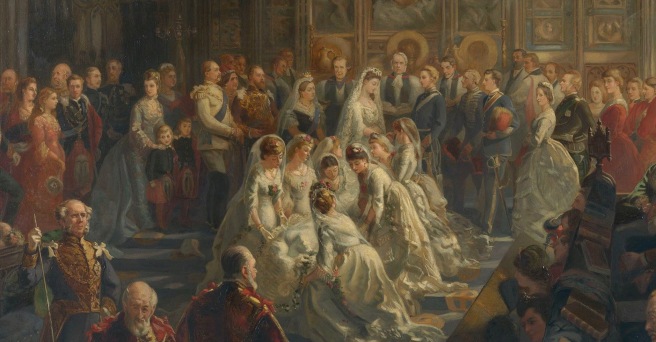