Today marks the 70th Anniversary of the Death of Grand Duchess Hilda of Baden, who died on this day in 1952! The daughter of Grand Duke Adolphe of Luxembourg and Princess Adelheid-Marie of Anhalt-Dessau, Princess Hilda became the last Grand Duchess of Baden, and to mark the Anniversary, we are featuring her splendid Diamond Tiara! 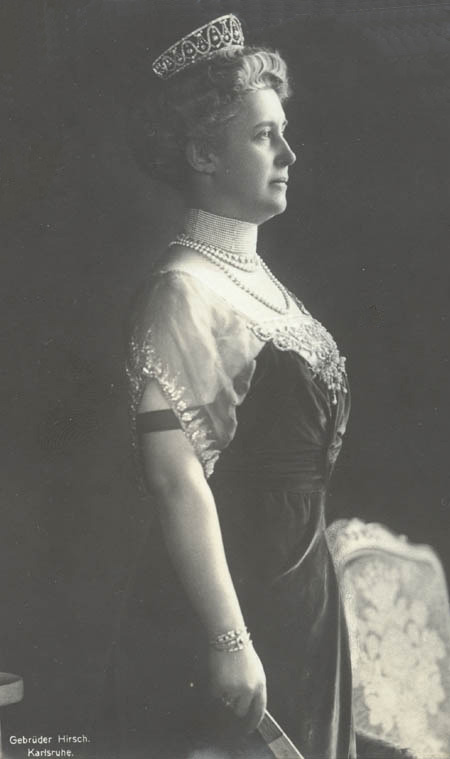 Composed of a Louis XVI-style garland motif set with large brilliant-cut diamond solitaires, this splendid Tiara was created by Schmidt-Staub in Pforzheim for the new Grand Duchess Hilda around the time of the accession of her husband, Grand Duke Friedrich II, in 1907. The Tiara was notably worn for a series of portraits taken at that time, and later, after the abolition of the German Monarchies, for the 80th Birthday Banquet of King Gustav V of Sweden (Grand Duchess Hilda’s brother-in-law) in 1938.

After Grand Duchess Hilda’s death in 1952, the main Heirlooms of the Baden Royal Family went to the Margrave and Margravine of Baden, but Grand Duchess Hilda’s private jewellery collection was dispersed between her own family. The Diamond Floral Tiara was left to her niece, Grand Duchess Charlotte of Luxembourg, and this Diamond Tiara was left to another niece, Crown Princess Antonia of Bavaria, who herself passed away two years later, leaving the Tiara to her daughter, Princess Editha, who had just been tragically widowed at the age of 30, after a fatal car accident. Princess Editha was pictured with her sisters wearing the Tiara for the Wedding Ball of Archduke Ferdinand of Austria and Countess Helen zu Toerring-Jettenbach in 1956. 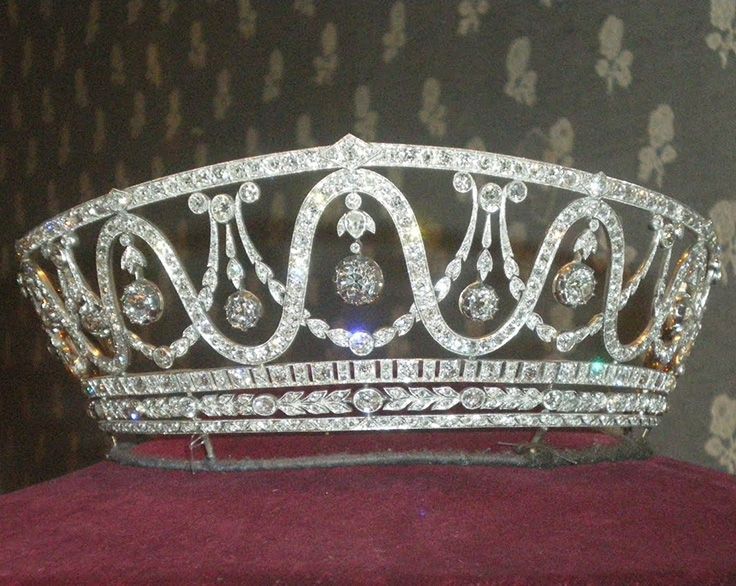 In 2017, a thief walked away with Grand Duchess Hilda of Baden’s tiara, worth $1.2 million. I bet they didn’t even… twitter.com/i/web/status/1…

In 1973, Grand Duchess Hilda’s Tiara was put up for sale and likely acquired by the Israeli-French singer and actress Rika Zaraï, who was pictured wearing it before it was again put on auction in 1984, this time being acquired by the Badisches Landesmuseum in Karlsruhe, the former residence of the Grand Dukes of Baden. The Tiara remained on display until being stolen in April 2017, with its current status unknown. In 2020, it was reported that proceeding for its recovery were discontinued, and it has likely been broken up or acquired by a black market collector.