Princess Xenia Georgievna of Russia in her wedding dress, 1921. https://t.co/I0YBmO41Cf

The Wedding of Princess Xenia Georgievna of Russia, daughter of Grand Duke George Mikhailovich of Russia and Princess Maria of Greece and Denmark, and William Bateman Leeds Jr., son of William B. Leeds and Princess Anastasia of Greece, at the American Church of the Holy Trinity followed by an Orthodox Ceremony at the Cathedrale Saint Alexandre Nevsky in Paris on this day in 1921, with a Reception at the Ritz Hotel in Paris. The couple had one daughter, Nancy Leeds, before their divorce in 1930, with Princess Xenia Georgievna remarrying in 1946, before passing away in 1965. 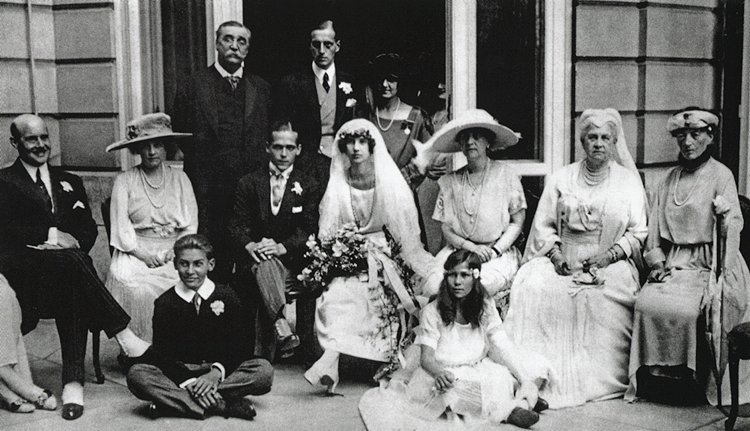 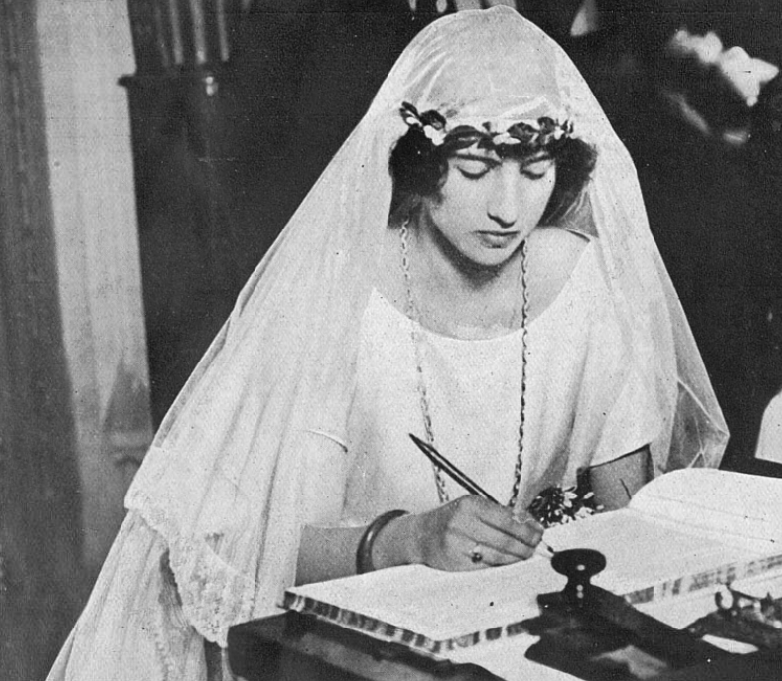 The wedding of Princess Xenia, daughter of Grand Duchess Marie-Georgievna Michaïlovich of Russia, with Mr. William B. Leeds, son-in-law and son of Prince and Princess Christopher of Greece, took place yesterday in two fine ceremonies distinct which, despite their strictly private character, were not. no less could not be more imposing.

The first, chaired by the Reverend Frederick Beekman, took place in the American Church on Avenue de l’Aima and lasted only twenty-five minutes. But, the religious service over, the newlyweds received the homage of the nonir prominent personalities of the American colony, which did not allow them to arrive until three o’clock at the Russian church on rue Daru, exactly the time when was to begin the ceremony, Orthodox.

The young and charming bride wears a very pretty dress of supple satin, with a tulle veil edged with very old lace, the ends of which are held by two delicious children Prince Pierre and Princess Eugenie of Greece, children of the Prince and the Princess Georges of Greece. The crown, which, according to the Orthodox rite, is held over the bride and groom, was held by Prince Christopher of Greece and Grand Duke Dimitri who, in the middle of the ceremony, were replaced by Mr. Powlewsky-Foyiel and the Prince Poutiatine.

Afterwards, the wedding party went. to the Ritz Hôtel where a reception was held for the members of the family and a few intimate friends.

Queen Olga of Greece wore a very pretty white silk dress with a widow’s headdress of the same material, a magnificent necklace of pearls; Princess Christophe of Greece was in a mauve chiffon velvet dress trimmed with a band of very pretty chinchillas.

This marriage, which unites for the first time an American to an Imperial Princess, is, so to speak, the happy conclusion of a pretty romantic story.

3 thoughts on “Wedding of Princess Xenia Georgievna of Russia, 1921”