And the Earl and Countess of Wessex https://t.co/0U1OTrAjkz

Princess Anne and the Earl and Countess of Wessex joined Duke and Duchess of Gloucester, Princess Alexandra with James and Julia Ogilvy, and Prince and Princess Michael of Kent, attended the RHS Chelsea Flower Show at the Royal Hospital Chelsea on September 20th. Members of the Royal Family have attended the Show, held by the Royal Horticultural Society, regularly since its inception in 1913, though the last one was in 2019, after the 2020 Show was cancelled due to the Pandemic. 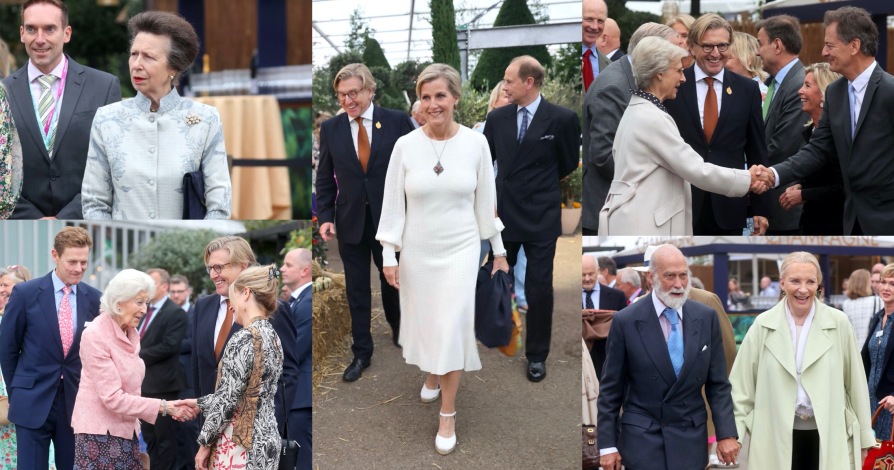