The Queen was accompanied by her cousin, the Duke of Kent and Colonel of the Scots Guards as she viewed the Military Parade in the Quadrangle of Windsor Castle to mark Her Majesty’s Official Birthday, on June 12th. The Trooping of the Colour has marked the official birthday of the British Sovereign for over 250 years, but unlike previous years, this year’s grand ceremony in London was cancelled, like last year, due to the ongoing pandemic.

The Duke of Kent joined the Queen for the Trooping of the Colour Ceremony at Windsor Castle: #TroopingtheColour L… twitter.com/i/web/status/1…

The Queen celebrates two birthdays each year: her actual birthday on 21 April and her official birthday on (usually… twitter.com/i/web/status/1…

The Queen presides over the Trooping of the Colour Ceremony at Windsor Castle: #TroopingtheColour Learn More:… twitter.com/i/web/status/1…

The Queen's Colour of F Company Scots Guards @scots_guards was trooped at The Queen's Birthday Parade 2021. Whilst… twitter.com/i/web/status/1…

Wondering what she said here … “Right in time for lunch.” 😁 📸 BBC #TroopingtheColour https://t.co/2wOaUY5NsY

Upon the Queen and Duke of Kent’s arrival in the Quadrangle, they were greeted by a Royal Salute, and the National Anthem. The parade commenced with the Musical Troop as the Band plays. The Colour was then be trooped through the ranks, and the parade will conclude with a second Royal Salute. The parade was held by the Household Division, and The Queen’s Colour of F Company Scots Guards will be trooped, led by the Foot Guards, who were joined in the Quadrangle by The King’s Troop Royal Horse Artillery and the Household Cavalry Mounted Regiment. The King’s Troop Royal Horse Artillery then fired a 41 Gun Royal Salute, to mark Her Majesty’s Official Birthday, from the East Lawn at Windsor Castle. 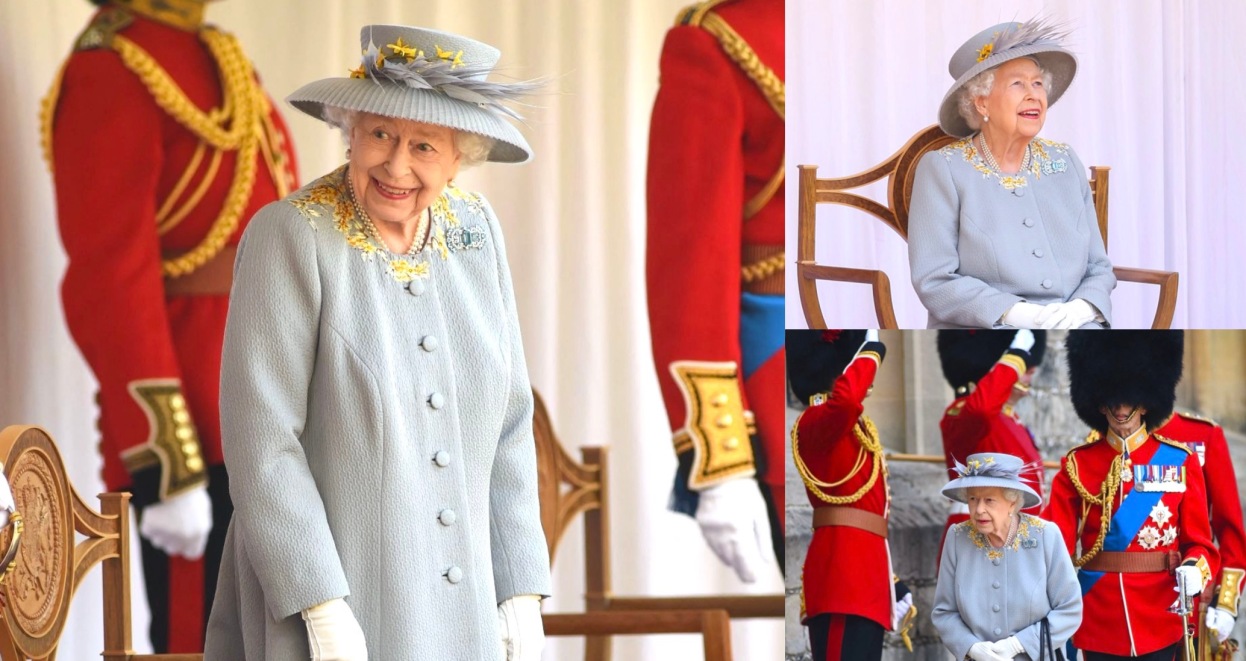