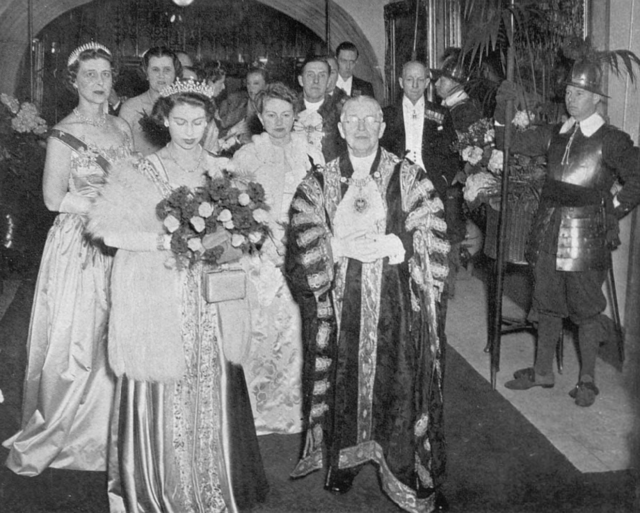 Princess Elizabeth (wearing the Girls of Great Britain & Ireland Tiara and the Order of the Garter) and Princess Marina, Duchess of Kent (wearing the Kent City of London Fringe Tiara and the Royal Victorian Order) attend a Banquet hosted by Sir Frederick Rowland, the Lord Mayor of London, at the Guildhall in London on this day in 1950, which was also attended former Prime Minister Winston Churchill, a year before he would be reelected for his second term.