Buckingham Palace released the following announcement on March 10th, the Earl of Wessex’s 55th Birthday, that:

The Queen has been pleased to grant The Earl of Wessex the additional title of Earl of Forfar.

The Queen’s youngest son, Prince Edward, was made the Earl of Wessex on his wedding day in 1999, with the note that Earl of Wessex the couple will eventually become the Duke and Duchess of Edinburgh. The Earl and Countess of Wessex will use the new title of the Earl and Countess of Forfar when in Scotland, and it is given in recognition of his patronage of a number of Scottish organisations.

The Earldom of Forfar was created in 1661 and became extinct as a title in 1715. It was a subsidiary title to the Earl of Ormond and was a title held by the Douglas Family.

Forfar is the county town of Angus with a population of just over 14,000. It is the principal county town nearest to Glamis Castle, the seat of the Earls of Strathmore and Kinghorne. It was this family of which the late Queen Elizabeth The Queen Mother was part.

The Queen has been pleased to grant The Earl of Wessex the additional title of Earl of Forfar. Their Royal Highnes… twitter.com/i/web/status/1… 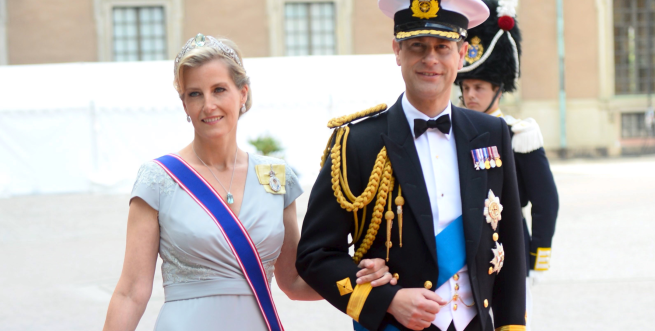 One thought on “Earl of Wessex is made Earl of Forfar”