Princess Gina of Liechtenstein, born Countess Georgina von Wilczek, the mother of Prince Hans Adam II of Liechtenstein, passed away on this day in 1989. To mark the occasion, we are taking a look at her Sapphire and Diamond Demi-Parure. 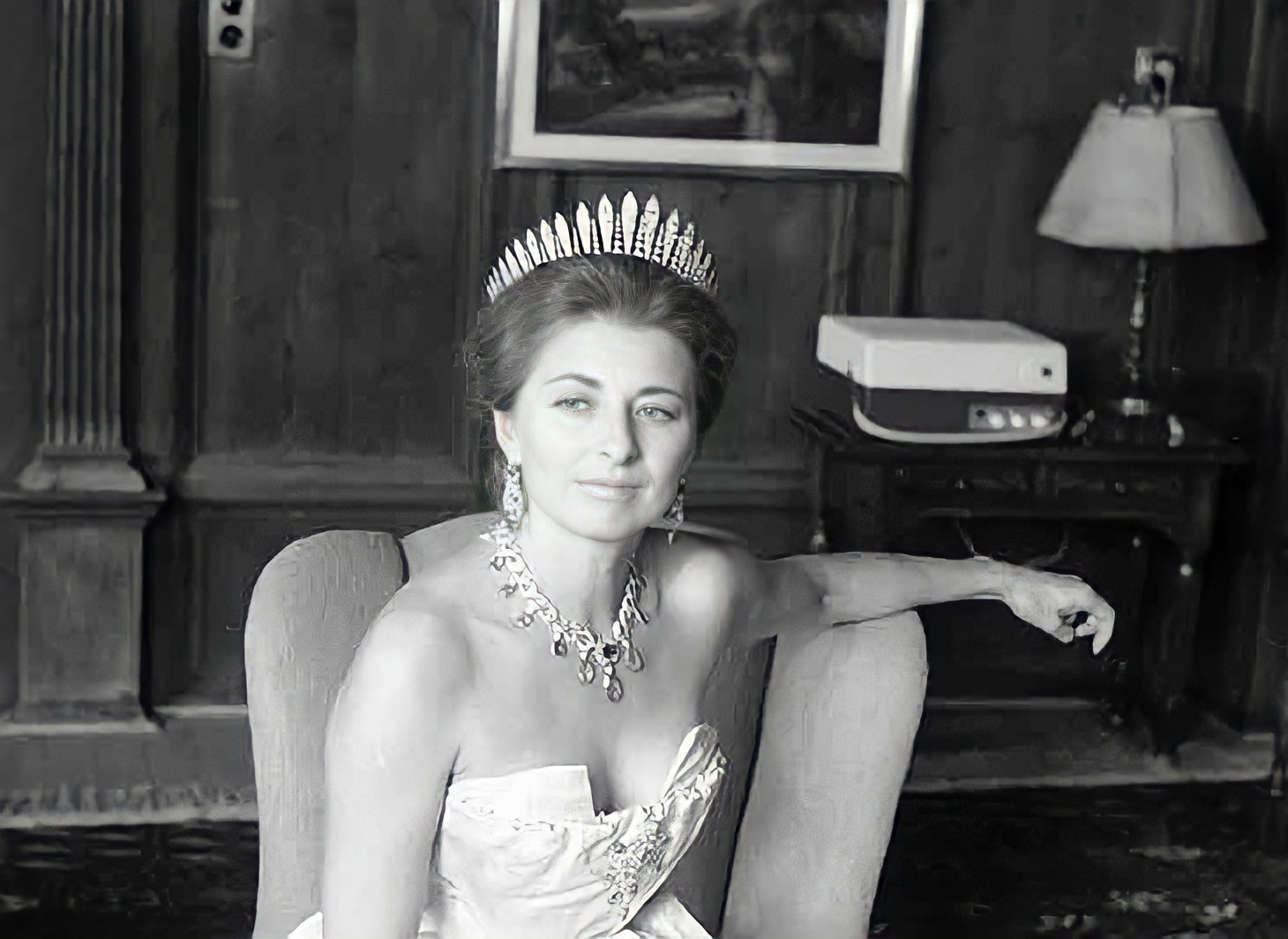 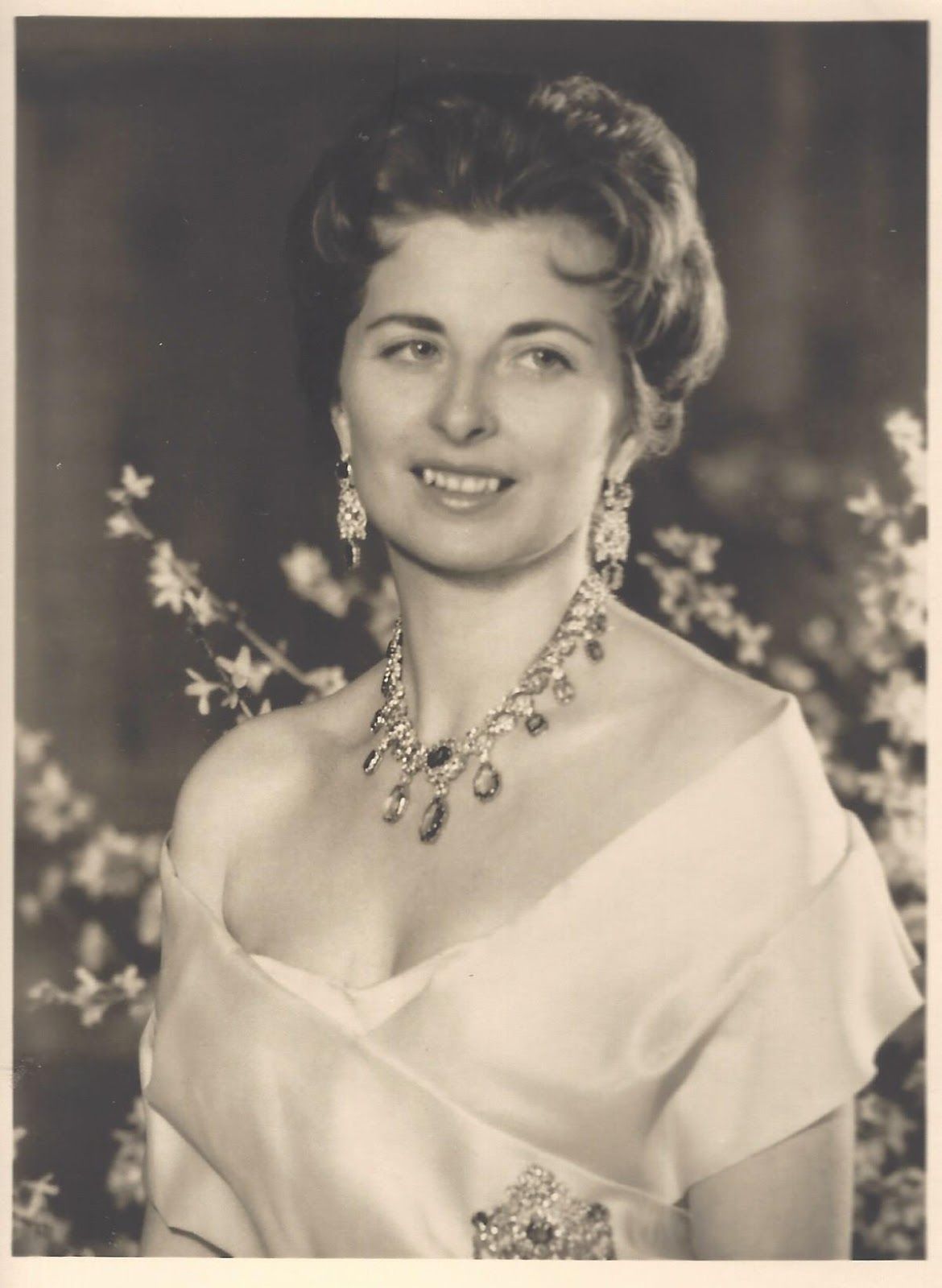 The Diamond and Sapphire Parure, which features a necklace, chandelier earrings, and large brooch set with large cabochon sapphires, has an unclear provenance, but could originate from either the Princely Family of Liechtenstein or could be from Princess Gina’s family, the Counts of Wilczek. What is clear though, is that she wore the Demi-Parure from the time of her wedding to Prince Franz Joseph II in 1943.

Another notable occasion was in Iran in 1971, when Princess Gina paired the large brooch with the Hapsburg Fringe Tiara for the Banquet marking 2,500 years of the Persian Empire.

Princess Gina continued to wear her Sapphire Parure even after her husband gave much of his powers to their eldest son, with one of the last notable appearances at Prince Franz Joseph’s 80th Birthday in 1986.

After Princess Gina’s Death, the Sapphire and Diamond Demi-Parure was inherited by her eldest son, Prince Hans Adam, and his wife, Princess Marie, notably wore the Demi-Parure at the Wedding Ball of her eldest son, Hereditary Prince Alois, and Duchess Sophie in Bavaria, in Vaduz in 1993. (h/t to Stefan)