Today marks the Anniversary of the Wedding of the Duke of York and Lady Elizabeth Bowes-Lyon, who got married on this day in 1923 in Westminster Abbey. The marriage of the second son of King George VI and Queen Mary and the youngest daughter of the Earl and Countess of Strathmore was very well received. The couple had two daughter, Princess (now Queen) Elizabeth and Princess Margaret, and succeeded to the British Throne in 1936, after the abdication of his brother. King George VI and Queen Elizabeth are credited with keeping up Britain’s morale during WWII, and remained happily married until the King’s early death in 1952. The Queen Mother died in 2002. 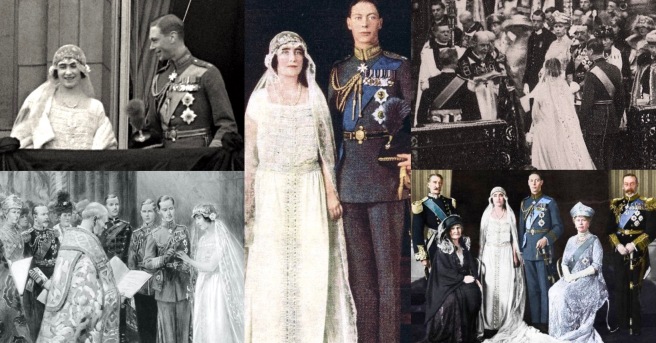