The Duchess of Cambridge was loaned some splendid modern Jewels from the Queen’s Collection for the State Dinner hosted by the Governor General of Jamaica, and since they are unknown to most people, that makes it the perfect opportunity to feature the Queen’s Emerald Tassel Suite!

Composed of a necklace with a ‘tassel’ pendant, a pair of ‘tassel’ earrings and a bracelet, this modern suite set in gold and diamonds was possibly a gift to the Queen from Sheikh Zayed bin Sultan Al Nahyan of Abu Dhabi during the 1989 United Arab Emirates State Visit to Britain, first worn for the Return Dinner at Claridge’s Hotel.

The Emerald Tassel Suite has been occasionally worn by the Queen in recent decades, with appearences in an Australian Portrait in 1992, the 50th Birthday of her godson, Crown Prince Alexander II of Serbia, in 1995, a visit to Ghana in 1999, a Gala Dinner during a visit to Canada in 2002, a Gala at the Wales Millennium Centre in Cardiff in 2004 and the Order of the Thistle Service in 2012.

The most notable appearance of the Emerald Tassel Suite came in 2011, when the Queen wore it for the Return Dinner hosted by President and Mrs Obama at the Winfield House in London at the end of their State Visit to the United Kingdom. 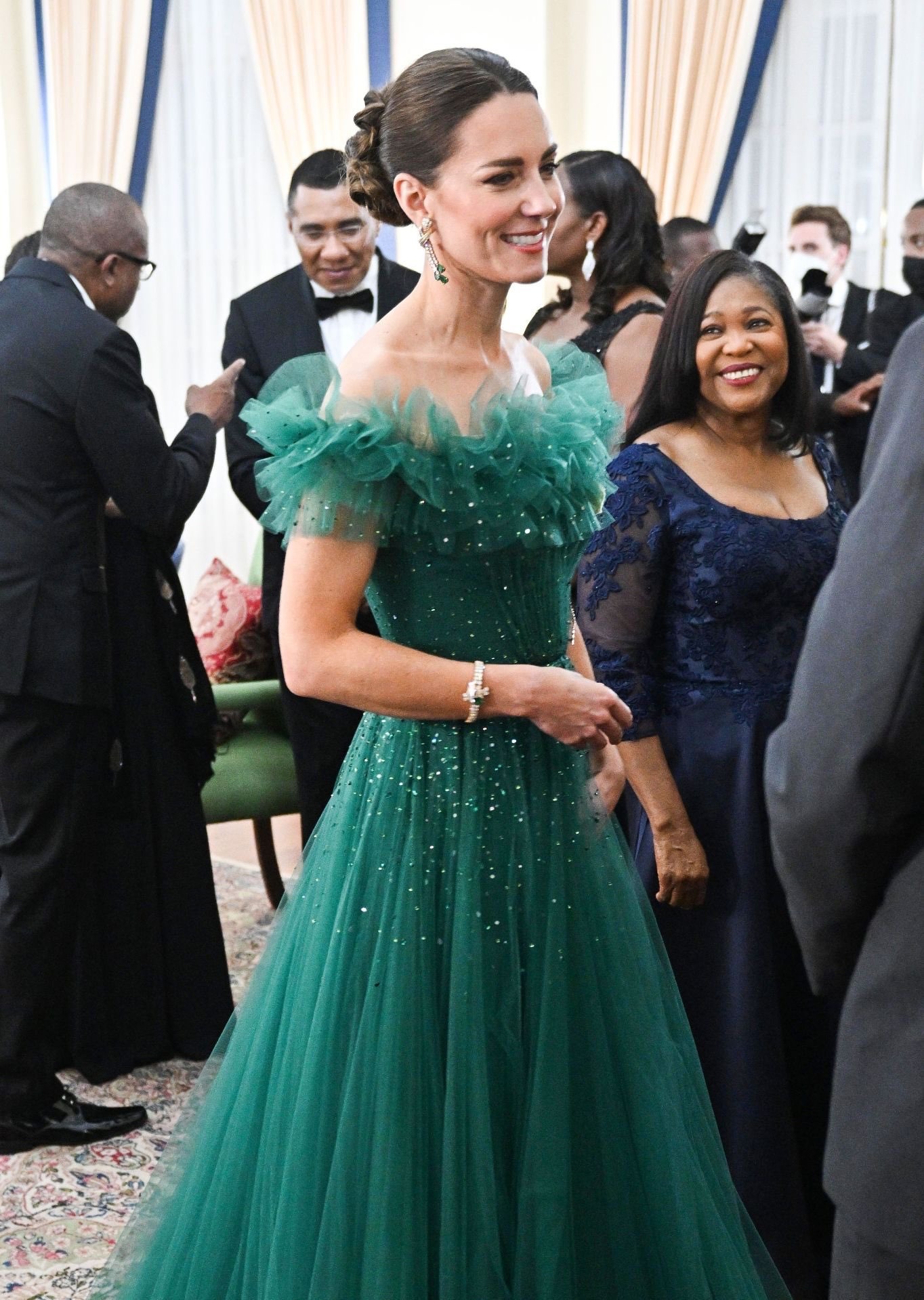 In 2022, the Queen loaned the Emerald Tassel Suite to the Duchess of Cambridge who wore the necklace and earrings of the suite with the Royal Family Order of Queen Elizabeth II and the Star of the Royal Victorian Order for the State Dinner hosted by the Governor General of Jamaica. Lets hope we get to see this splendid suite worn again soon!