The Wedding of Prince Philipp of Liechtenstein, the second son of Prince Franz Joseph II and Princess Gina of Liechtenstein, and Isabelle de l’Arbre de Malander, daughter of Jean de l’Arbre de Malander and Guillemette Grassal and a goddaughter of Queen Elisabeth of Belgium (wearing the Hapsburg Fringe Tiara), at the Abbaye Notre Dame de la Cambre in Brussels on this day in 1971, followed by a Reception at the Château de Grand Bigard. In May there had been a Ball at the Liechtenstein Stadtpalais in Vienna as well as a Reception at Schloss Vaduz in June to celebrate the marriage.

Prince Philipp and Princess Isabelle had three sons, and lived in Basel, Switzerland, Vaduz, and London before moving to France, while the Prince worked in Banking. Not undertaking any official duties, the couple reside between Vaduz and Paris, and are often seen at royal events around Europe, being last seen at the Wedding of his niece, Princess Maria-Anunciata of Liechtenstein, earlier this month. We wish Prince Philipp and Princess Isabelle a very Happy 50th Wedding Anniversary! 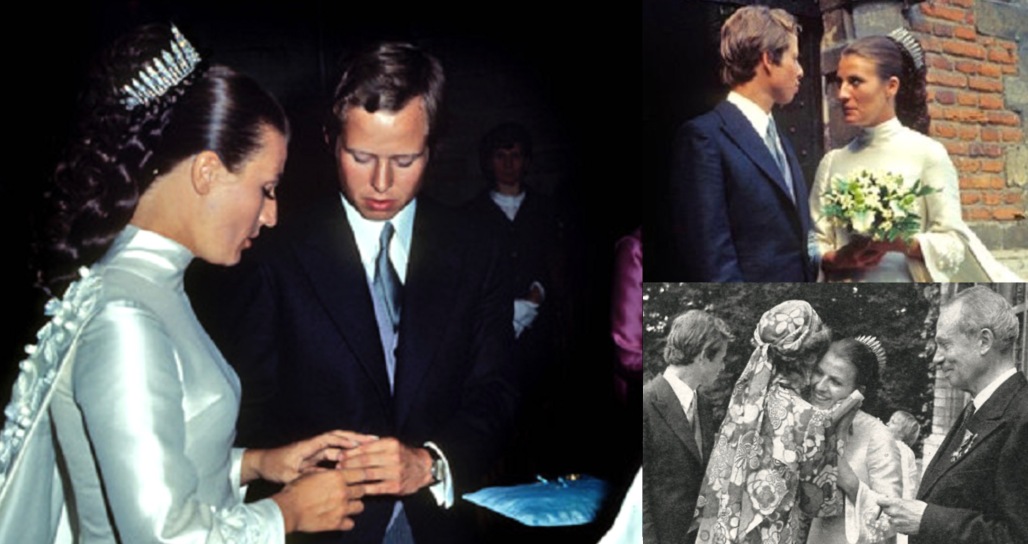 3 thoughts on “Wedding of Prince Philipp of Liechtenstein, 1971”