The Duke of Cambridge celebrated the 73rd anniversary of the NHS on July 5th by attended a Service of Thanksgiving at St Paul’s Cathedral, before hosting a ‘Big Tea’ for NHS staff at Buckingham Palace in their roles as joint patrons of NHS Charities Together. The Duchess of Cambridge was originally scheduled to attend, but is self-isolating after coming in contact with someone who later tested positive for Covid-19.

Today we were delighted to welcome NHS frontline staff for a special service of commemoration & thanksgiving for… twitter.com/i/web/status/1…

Celebrating the 73rd anniversary of the NHS with a special #NHSBigTea for NHS staff at Buckingham Palace ☕ https://t.co/2mZ51OtmKV

A post shared by Duke and Duchess of Cambridge (@dukeandduchessofcambridge)

Following the Service of Thanksgiving at St Paul’s Cathedral, the Duke of Cambridge hosted the NHS Big Tea in the gardens of Buckingham Palace paid tribute to the work of NHS staff who have gone above and beyond to tackle the Covid-19 pandemic. The Duke met staff ranging from respiratory ward nurses, counsellors and care workers to those working in non-clinical roles including catering managers and housekeeping coordinators, to pass on their thanks and hear about their experiences of working over the past 18 months. The event hosted by the Duke at Buckingham Palace is one of thousands of Big Teas taking place in homes, hospitals, schools and community spaces across the UK. The Duke and Duchess of Cambridge became joint patrons of NHS Charities Together in December 2020.

The George Cross was instituted in 1940 by King George VI for “acts of the greatest heroism or of the most courage… twitter.com/i/web/status/1…

The Queen has awarded the George Cross to the National Health Services (NHS) of the United Kingdom. A personal message from the Queen in support of the award, handwritten, reads:

‘It is with great pleasure, on behalf of a grateful nation, that I award the George Cross to the National Health Services of the United Kingdom.

‘This award recognises all NHS staff, past and present, across all disciplines and all four nations. Over more than seven decades, and especially in recent times, you have supported the people of our country with courage, compassion and dedication, demonstrating the highest standards of public service.

‘You have our enduring thanks and heartfelt appreciation.’ 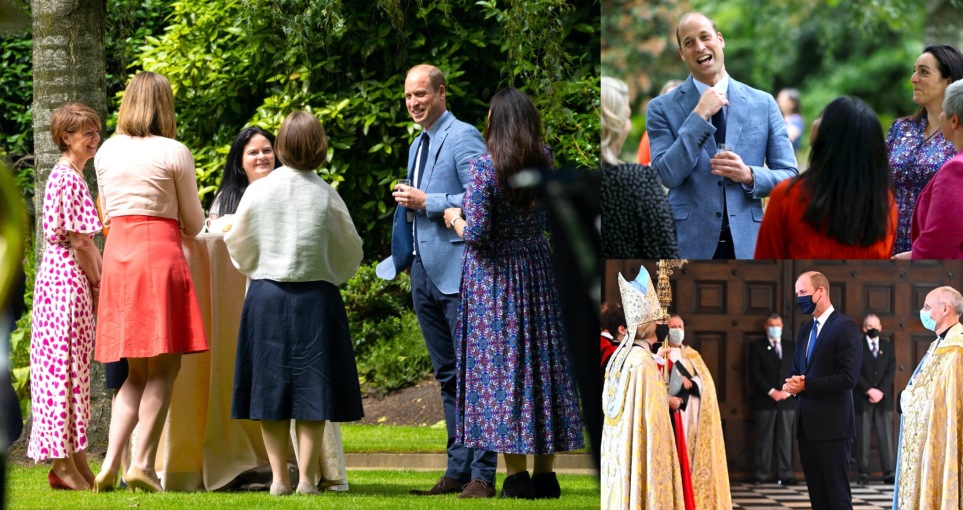