Today’s the day. Oprah with Meghan and Harry: A Primetime Special airs tonight at 8/7c on @CBS. #OprahMeghanHarry https://t.co/hHFppSFrW8

"Kate was called Waity Katie, waiting to marry William, while I imagine that was really hard & I do... this is not… twitter.com/i/web/status/1…

The Duke and Duchess of Sussex have spoken to Oprah Winfrey in ‘CBS Presents Oprah with Meghan and Harry’, which airs on CBS in the US on March 7th, on ITV in the UK on March 8th, and on GlobalTV in Canada on March 7th, in which they will “speak openly and honestly about their experience of recent years”. The Duke and Duchess stepped down from their roles to carve a new role outside the Royal Family last year, and now reside in Los Angeles.

We will update this page with links to streaming (use at your own discretion) and videos as soon as the interview becomes available online! 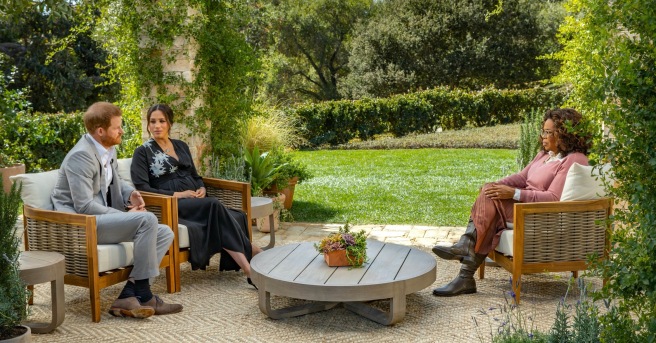 9 thoughts on “Oprah with Meghan and Harry”